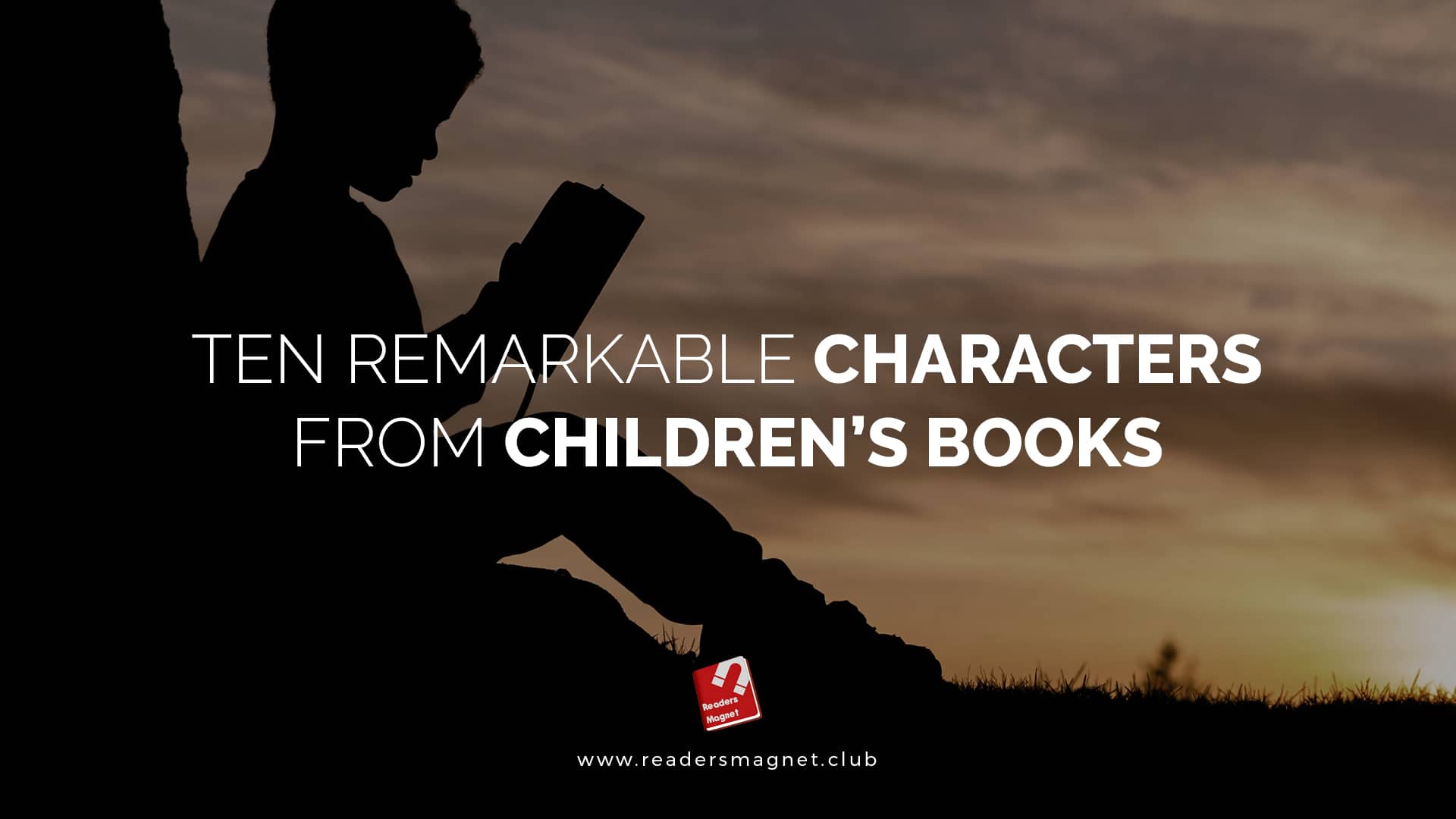 Lewis Caroll’s Alice is perhaps one of the most popular characters in all of the children’s literature. She is the main character in Caroll’s Alice’s Adventures in Wonderland and its sequel Through the Looking Glass. In the books, Alice goes to a fantasy world after falling into the rabbit hole. She is joined by The Mad Hatter, The March Hare, The Caterpillar, and loads of other characters as they go on various adventures in Wonderland. Alice’s cultural impact is evidenced in literature, film, and multimedia.

Roald Dahl’s Sophie is introduced in his 1982 children’s book BFG (Big Friendly Giant). Sophie is an eight-year-old girl who gets kidnapped by a kindly old giant whom she later gave the nickname “BFG”. In the book, she is described as inquisitive, imaginative, and kind-hearted. She helps BFG defeat the meat-eating giants with the help of the Queen of England and her majesty’s fleet of helicopters. Named after Roald Dahl’s first grandchild, Sophie is among the lovable characters in children’s literature.

Seriously, who doesn’t love Mowgli from Rudyard Kipling’s The Jungle Book? Mowgli is a young boy raised by the wolves as a man-cub after his parents died. Raised by a pack of wolves in the forest, Mowgli is skilled in hunting, tracking, as well as climbing trees. With The Jungle Book among the top children’s illustrated books of all time, it’s hard not to include Mowgli on our list.

The titular character from French author Antoine de Saint-Exupéry’s novella is certainly an unforgettable figure. The Prince’s narrative and adventures will forever remain in the heart s and minds of everyone who has read the famous book. His lines on friendship, love, loss, and yearning are among popular even among the not-so-young. Indeed, The Little Prince is a timeless character.

Sammie the Shark is a new character. He is first introduced in Janet Councilman’s Sammie the Shark and the Return of the Lost Gift. Sammie is an honest and friendly shark. He lives in a colorful Coral Bay with his friends. In Janet Councilman’s book, Sammie is described as thoughtful and outgoing. He is among the latest character that children will enjoy and look up to.

The Cat in the Hat

Dr. Seuss’s iconic cat in red and white top hat and a red bow tie is surely in our list. The Cat in the Hat is a jolly anthropomorphic cat that entertains children and other animals with tricks and games. His antics and blunders in Dr. Seuss’s 1957 book of the same name are certainly being enjoyed to this day by readers young and old. The Cat in the Hat catapulted Dr. Seuss to superstardom. As for the Cat, he is definitely one of the all-time great animal characters.

Charlotte A. Cavatica is the main character from the 1952 children’s book Charlotte’s Web by the great American writer E.B. White. Smart, sensible, and unselfish, Charlotte is considered a heroine by many kids. To this day, her adventures with Wilbur the pig, and Fern (Wilbur’s owner) are among the well-received children’s illustrated books of all time. Charlotte’s story continues to inspire young readers to be brave, kind, and helpful.

Animal Farm by George Orwell is among the controversial and remarkable animal stories ever published. It is said that the characters in the book are inspired by political figures such as Stalin, Trotsky, and Bukharin. The main character, Old major, is a combination of Marx and Lenin, two great communist leaders. Over the years, subtler versions of the book have been published and we have come to love the feisty and brave leader Old Major.

Another classic character from E.B. White, Stuart is an anthropomorphic mouse. Although the details in the 1999 movie and E.B. White’s 1952 book Stuart Little vary a lot, we all agree that we love Stuart just the same. In White’s book, Mr. Frederick C. Little and his wife conceive and give birth to a boy who looks like a mouse while in the movie, Stuart is a mouse adopted by the Little family. Witty, adventurous, and charming, Stuart is our boy. Or a mouse.

Aslan is definitely the most popular character in C.S. Lewis’s book series The Chronicles of Narnia. He is the only character to appear in all seven books. The mighty and compassionate ruler of Narnia is said to be inspired by Jesus Christ. Aslan’s complete title reads as King of Beasts, the son of the Emperor-Over-the-Sea,[3], and the King above all High Kings in Narnia. I’m pretty sure that is more than enough resume to be in our list of most remarkable characters from children’s books.