Tell Me You Love Me, by Kathleen Stone 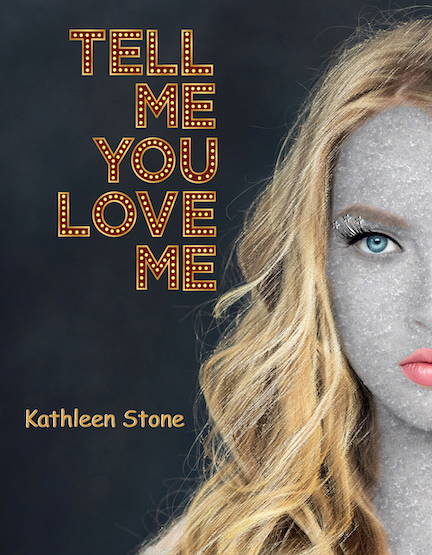 In Elizabeth Gilbert’s book Big Magic, she discusses how as writers, we do not choose the stories we write, the stories choose us. I never gave it much thought until reading that, and I realized how true her statement is. It was never more evident to me, however, than when I began the writing journey that became my most recent novel, Tell Me You Love Me.

My journey began in February 2020 when I spent several nights fighting a fever that rendered me restless and sleeping in fits and starts. It was almost hallucinogenic in a way, as the story for Tell Me You Love Me vividly appeared in my dreams and when I was finally back to normal health I sat back and wondered what it was all about. I fought it for about a month because this was not a story I was meant to write. I was not the person to bring this story to light. But this story had other plans; it didn’t matter that I was already in the middle of writing another novel. It haunted me day and night until I finally gave in and began to write it, and seven months later it was complete.

Tell Me You Love Me is about April Fairbanks, whose life is turned upside down on her fifth birthday in 1965 when her mother marries a man she’s known for only two weeks. The life she’d known is forever changed with the addition of  a stepfather and a five-year-old stepbrother who terrorizes her on a daily basis. After a family tragedy the young siblings are thrust into the Hollywood spotlight, surrounded by people whose very foundation is based on secrets and lies. Struggling to grow up and find their way in a world where child stars are forever manipulated and exploited, the siblings form an unbreakable bond vowing to always protect each other when the adults entrusted to take care of them fail at every turn. April and Auggie are the most sought after faces in show business throughout the sixties and seventies, maneuvering their way through the lies and corruption to learn the truth about their parents and searching for the love and acceptance they so desperately crave.

I believe readers of all ages will enjoy this book, but because there are some sensitive subjects in the story, I wouldn’t recommend it for anyone younger than high school age. There are adult situations and language, as well as some sexual situations, but I think they are all handled respectfully and without explicit content, because that’s my style. If my ninety-seven-year-old grandmother reads one of my books and approves, I know I’ve done a good job. This is a deeply emotional story, and I hope readers — especially younger readers — will be able to appreciate how different things were in the sixties and seventies, where the bulk of the story takes place. There were no cellphones, Internet, or twenty-four hour a day cable news channels to report every move a celebrity made, even though the paparazzi were still extremely prevalent at the time. While the masses were made to believe Hollywood was all glitz and glamour, behind the scenes it couldn’t have been further from the truth, especially for child stars.

Now that Tell Me You Love Me is published, I went back to writing the companion novel to my award-winning book, Whispers On A String. Then about a month ago a new story idea came into my head and I’ve started writing that as well. I currently have four novels in various stages of completion, so I’ve got a lot of work ahead of me. But as long as the ideas keep coming I’m not complaining, because my biggest worry is never having another idea and for a writer that’s terrifying. I currently have a virtual book tour and giveaway going through Silver Dagger Book Tours, where readers can enjoy an excerpt from Tell Me You Love Me and enter to win a really cool prize package at the tour’s end, which is May 7.

I have been a freelance writer since 1999 and I am blessed to be able to write full time now. I grew up in northern Illinois and lived there my entire life until 2017, when I relocated to Wisconsin. I love music and cannot write without it; depending on what I’m working on, the soundtrack to my day will always be different. No matter what I’m doing, I usually have music playing in the background. Reading is my favorite thing to do when I’m not writing, and I probably own more books than I’ll ever live long enough to read. I love photography, food, travel, animals and sports. The best moments in my life are spent with family, friends and my boyfriend, who are the backbone of my existence. Without their love and support, I would not be the person I am today.