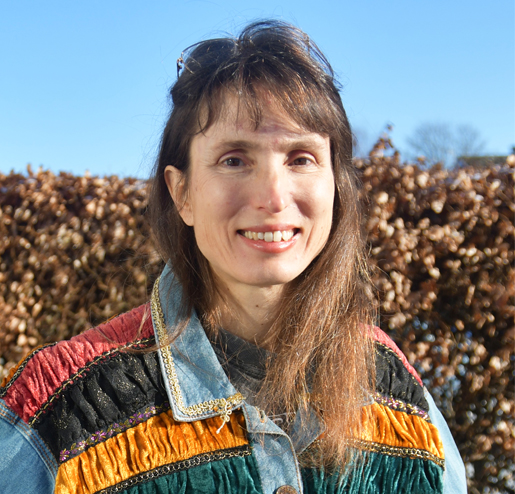 Hello, Thanks for inviting me to Authors’ Lounge! I’m a freelance writer based in the UK. I’ve just published my debut novel, Pestilence, a story about the end of the world! In the day job, I’m a feature writer for a wide range of magazines, including BBC titles, travel magazines, and general interest publications around the world.

What is your novel about?

My novel, Pestilence, is an apocalyptic thriller about a deadly fungal infection which brings about the end of the world. It begins with a new miracle cure, which solves the problem of antibiotic resistance, but this medicine has a dark side. It increases the prevalence of fungal infections, leading to an outbreak of disease – a slow creeping pestilence, which goes largely unrecognised by the medical profession. My characters become confused, distressed, and unsure where to turn. They set up a healing commune, and search for a cure. Some book reviewers have said they find the spirit of survival uplifting, despite the dark theme!

The idea came to me when I was 16 years old, inspired by the success of James Herbert’s Rats, and Shaun Hutson’s Slugs. I wanted something nasty to create a disaster situation, around which I could weave a story, with a lot of lively characters. Then I added a violent criminal, a couple of junkies, a cross dresser, an innocent child, a battered woman, a brilliant scientist, and a lot of action.

It’s an adult thriller, but I think it would appeal to the young adult audience as well, because of its apocalyptic nature and some of the themes, which include running away to communes, and issues around peer pressure and growing up.

Primarily, I hope they enjoy it, but I also hope it gives them something to think about. The apocalyptic nature of the book does raise questions about the way things are in the modern world.

My goal is to sell 1000 copies. It’s been out for about a month now, and I plan to up the marketing effort, with some advertising, blog tours, and in due course, talks and book signings. This is obviously difficult at the moment, because the UK is in lockdown, so I’m just doing what I can to raise awareness online. However, I think my twitter feed may be exhausted already by my exciting news, so I need to think more widely!

I always wanted to write, but had difficulty getting a break when I was young. In my 30s, my husband supported me as I took the plunge to be a full-time writer. It was hard work getting the first commissions, but it was a success. My first job came from a military magazine, who gave me regular work. It was followed by a series of articles for a gardening publication. I then branched into travel, nutrition, spiritual topics and historical stuff.

My first book was under contract to John Hunt Publishing, exploring my journey into Freelance Writing on Health, Food and Gardens – the title of the book. Then I self-published some article collections, including Memories of the Second World War, Pagan Journeys, and A Grand Tour of Scotland in a Freedom Caravan. I also wrote two more books on freelance writing, which were well received. It was another decade before I published the novel, which had been in various states of array for literally 30 years!

Thank you so much for having me in the Authors’ Lounge! Here are my links!