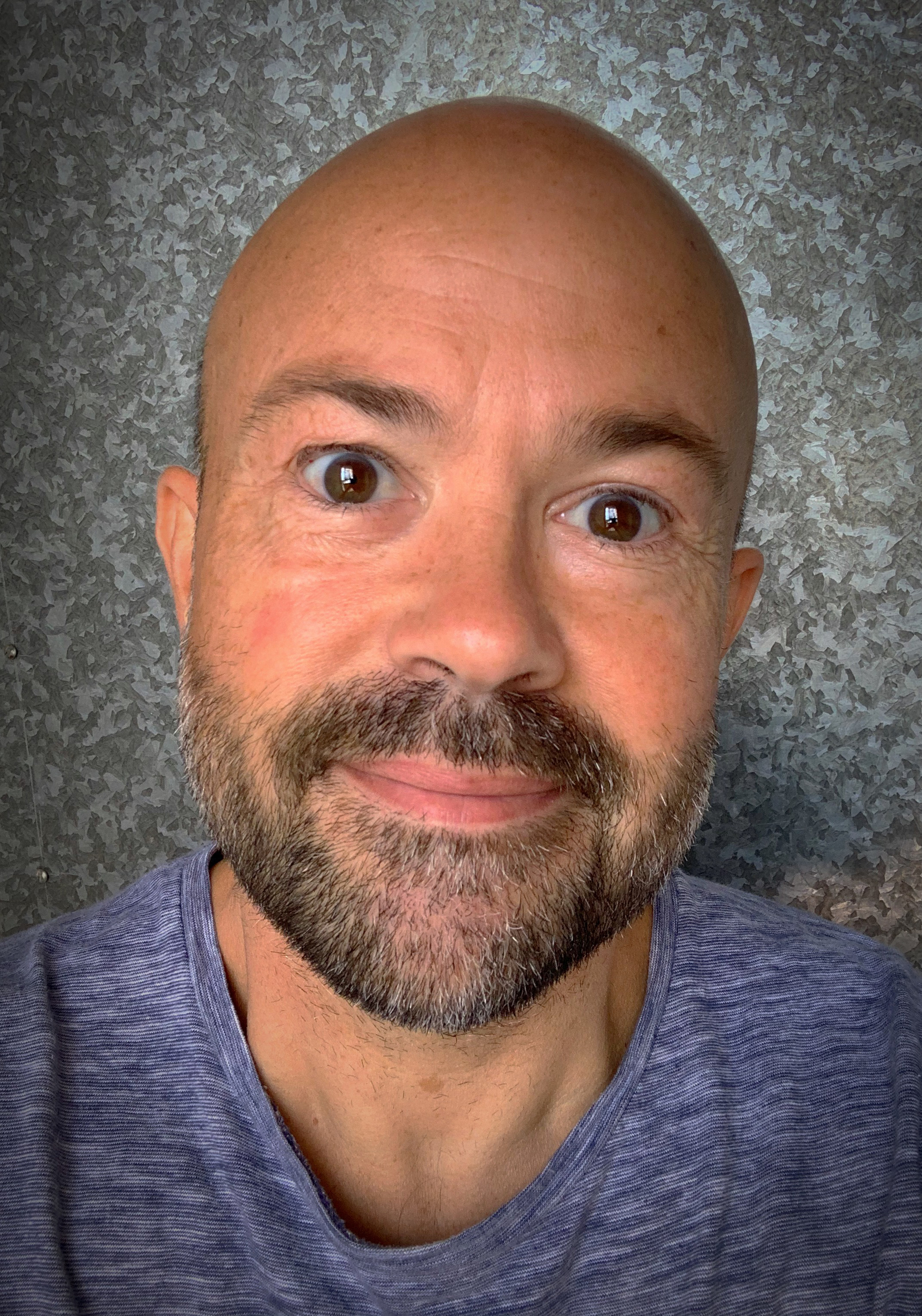 I’m originally from the Lake District, UK, where my family still live. I studied Graphic Design at Harrogate Art College and then went onto Middlesex University in London to do a Degree in Graphic Design.

My first job took me to Trowbridge, Wiltshire, where I was tasked with re-designing the local paper from a tired old broadsheet to the more modern looking tabloid it is today. I’ve been here ever since and have worked for several different companies over the years and also worked for myself for several years as a Freelance Graphic Designer.

I got into writing quite accidentally! After receiving several poems from me, my girlfriend said to me “You need to do something with this talent”, so I asked my daughter what she would like me to write about and she said witches, so “The Witches’ Tea Party” was born! It’s a fun rhyming tale about friendship and sharing. I started to illustrate it myself but wasn’t happy with my own style, so I hired an illustrator and the results were perfect!

I was pleasantly surprised at how successful this book was and started reading it at schools and libraries. Based on that success I decided to write a second book. I wanted this one to be even more successful, so I thought carefully this time about the subject matter.  The result was “Turtle Trouble”; which is about pollution and recycling. It’s also a rhyming picture book, but with a much more serious message aimed at both the children and parents alike. It was illustrated by the same artist as my first book, as I really loved her style. The illustrations are beautiful and I’m so pleased I went down this route.

I contacted several environmental agencies to see if they’d be interested in supporting my book and was genuinely amazed to secure the endorsement of seven organisations who provided their support in the form of lovely quotes, logos and web links, to go inside the book. They also helped me promote the book on their social media and websites.

This book really took off! I also managed to get this book into gift shops at Aquariums, Wildlife Parks and Zoos across the UK. Again I did loads of author visits round schools libraries and community centres reading both my books. I was fully booked for the summer with author visits, when Covid hit and put an end to that. I continued to work as a Graphic Designer and landed a great contract which kept my head above water during these difficult times.

I later took the opportunity, whilst recovering from minor knee surgery, to write a third book and this time decided to illustrate it myself also. I had big plans for another book with an important message, but I was undecided about how best to write it for the young age group I write for, so it’s still just in my head at the moment.

Instead I created my collection “Children’s Poems & Short Stories”. This contains short and long poems ranging from heart-warming short stories, fun and educational facts to down right silly poems; hopefully something for every little one! All my books are aimed at 2-7 year olds.

I plan on writing more books, following on from the success of my first two and hopefully the third. Watch this space folks!

When I’m not writing, I love adventures in my vw campervan.

My dream would be to become a successful published author full time and give up my day job as a Graphic Designer. I also have some other crazy plans, such as getting into voice-over acting as I love doing accents and impressions, but the world’s not ready for that yet! Or are they?

I hope you enjoy my books!