Strategic Implication of Instability in Nigeria By Robert Nwadiaru 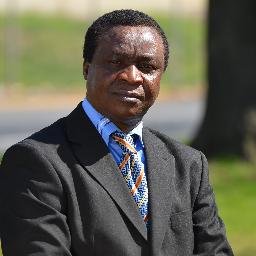 Nigeria is the biggest country in Africa both by space and population. It’s the only country that stretches from one end of the continent to another. It has different climatic conditions from very warm to warm to cool temperatures. Nigeria has a lot of natural features – mountains, rainfall, green vegetation, lakes, rivers, ocean, different water bodies, and alluring Sahel scenery. Nigeria is indeed the ecological haven of this world! The temperature of each region is influenced by the ecology of that region.

Nigerian space is dotted by more than three hundred and ninety ethnic groupings, cultures, and languages. The dominant modern culture in a particular region has to do with its initial contact with the outside world. The north of the country is situated in the Sahel savanna belt, open grass land, and close to the Sahara Desert. Because of its proximity to the desert, there was early association between the region and North Africa, the Middle East, and beyond even before the existence of Islam.

It only took a little time for Islam to spread to the north of Nigeria after it was founded. Islam with its Arabian culture flourished in northern Nigeria in the first quarter of eighth century. Unlike the north with its open-air terrain, the South up to Middle Belt is interspaced by rivers Niger and Benue, close to the Atlantic Ocean and therefore sits in the rainforest basin.

When the Europeans came in the fifteenth century, they came through water, the Atlantic Ocean, and their first port of call was the south of Nigeria. The whiteman brought with him Christianity and his Western mode of education, social justice, freedom of thought, egalitarianism, architecture, transportation, mode of dressing, culinary, and other forms of Western cultural values. The Southern culture is more receptive. And with this disposition, it embraced Western culture and education and made rapid progress within a short time.

Having received Western education with its attendant idea of freedom and clear expression of thought, the south of Nigeria started to agitate for self-determination and independence from Britain, the colonial master. The colonizers were not comfortable with this impudence from the South. Thereafter, every colonial policy in the country was skewed against the South in favor of the North. These include the official population figures of the country, top positions in civil service, political appointments, and so on. Independence election was manipulated in favor of the North and power was handed over to them.

All the politicians were corrupt irrespective of their region. They were desperate to win elections by all means and could not correct the social evils left behind by the colonial masters. So, on January 15, 1966 barely six years after independence, some young military officers overthrew the federal government and installed a military regime. There was civil war from 1967 to 1970 as a consequence of the military coup, more than two million people died. During the war, a young army officer, Lt. Col. Yakubu Gowon, from the Middle Belt was made head of state.

Since northerners believe that the leadership of the country was entrusted on them by their ancestors and the British colonialists, Gowon was quickly overthrown in 1975 while he was at Organization of African Unity conference in Kampala, Uganda.  A true northern military officer, of Hausa/Fulani background, Gen. Murtala Mohammed, became head of state. From then to the present, it has been one Northerner to another either as a military head of state or a civilian president with the exception of Olusegun Obasanjo and Goodluck Jonathan.

This lopsided leadership of the country in favor of the North created and nurtured disastrous corruption in Nigeria. The Northerner was the humblest and most sincere Nigerian. Their long stay in government destroyed this virtue and replaced it with greed and selfishness. In spite of their lengthy presence in the national government, the region has the highest factors of underdevelopment in the country. It’s the least developed region in Nigeria with the highest number of school dropout, early marriage, homeless street kids, Almajiri, infant mortality, maternal morbidity and mortality, with the latest addition to the unenviable social pedigree – Islamic terrorist groups of Boko Haram and Islamic State of West African Province, Fulani herdsmen who roam the whole space with AK-47 unabated, and the infamous bandits.

The shameless and corrupt leaders created what is locally called “cabal,” that is, a clique within the national leadership. It’s these leaders who decide who will be elected or get appointed into any office in the country. Most of their members are unapologetic ethnic chauvinists and religious bigots. They have made election, the most important ingredient in democracy, useless since electoral victory does not depend on true election but on whom they want for a particular office. They will rig election in favor of the person. This, they have described as “homegrown” democracy which in reality is no democracy. They have held the country to ransom, devalued life in the country, and made it uninhabitable.

“Peace is not merely the absence of war. It cannot be reduced to the maintenance of a balance of power between opposing forces. Nor does it arise out of despotic dominion. Instead it is rightly and properly called ‘the effect of justice’.” (Second Vatican Council ‘The Church in the Modern World’ para. 78) Neglect of this traditional injunction has obvious consequences and Nigeria is a clear example.

Once there is an election in a country, the West believes that there is democracy in that country or democracy has returned. This is not true and it’s what the reference above explains. Nigeria is not at war but countries at war are not worse than Nigeria. Nigeria fought civil war for only thirty months, July 1967 – January 1970. It created hundreds of thousands of refugees. But for the past ten years, Nigeria has been fighting Islamic terrorists, with about five million refugees called Internally Displaced Persons, IDPs. Those who were toddlers when the crisis started are now foot soldiers of the terrorist groups and there is no end in sight. Recently, Nigerian chief of army staff said that the war against the terrorist groups would only be worn through prayer!

Nigerians are all over the world as a coping technique, to escape from the suffocation at home. Apart from the Middle East, which has overt crisis and militancy, Nigeria is the next highest contributor of those people who drown in the Mediterranean Sea in their bid to cross over to Europe and those who luckily make it to Europe. Instability in Nigeria has triggered modern day slavery in the West African subregion, North Africa, and up to the Middle East where women in particular are treated with utmost disdain.

If the major world leaders turn a blind eye on the corruption in Nigeria which reflects in bad governance, lack of due process, lack of accountability and transparency, weak electoral process and inefficient anti-graft structures, the country could create security challenge that would not only affect the region and Africa but would eventually engulf the whole world.

This is why the world should not handle the evolving situation in Nigeria with kid gloves. Already the number of Nigerian citizens living in some other countries especially in Europe, America, and Asia, are more than the population of some countries of the world. Some of the host communities are apprehensive of Nigerians in their midst not because they are not hardworking but because of their number in their countries.

Nigeria has great population, enough space, and resources that can take care of its population and more if excellently and patriotically managed. The situation would continue to denigrate if the unpatriotic leadership culture in the country is not effectively managed. For the management to yield desired result, it must be approached internationally. The leaders have great respect for foreign leaders who sometimes partner with them to steal from the country and hide their ill-gotten wealth in stable foreign lands.

Agitation for reginal autonomy among different ethnic groupings in the country is one of the ways this national frustration is being managed. But unlike progressive countries, where advocacy for self-determination is borne out of pure patriotism and there is a learning and gradual process for it, in Nigeria, there is none of these important factors. The federal government is not ready to listen to any agitator nor address the reasons for the agitations. It’s indirectly fueling the agitations by its lack of capacity for dialogue and its efficacy. The organized agitations that lack conventional strategies will throw both the country and the eventual new republics into crisis. South Sudan gives a clear picture of what lack of internationally desired standards for self-determination and independence could offer.

It would be a global culpable mistake if the world ignores the evolving situation in Nigeria, thinking that the domestic leaders are competent to handle it. The domestic leadership has shown gross incompetence in handling the matter. The situation will affect the whole world if not properly and sincerely managed by the world because of Nigeria’s population and its global strategic position.