Steve Ross on Functional Good Relationship and Being a Sociopath 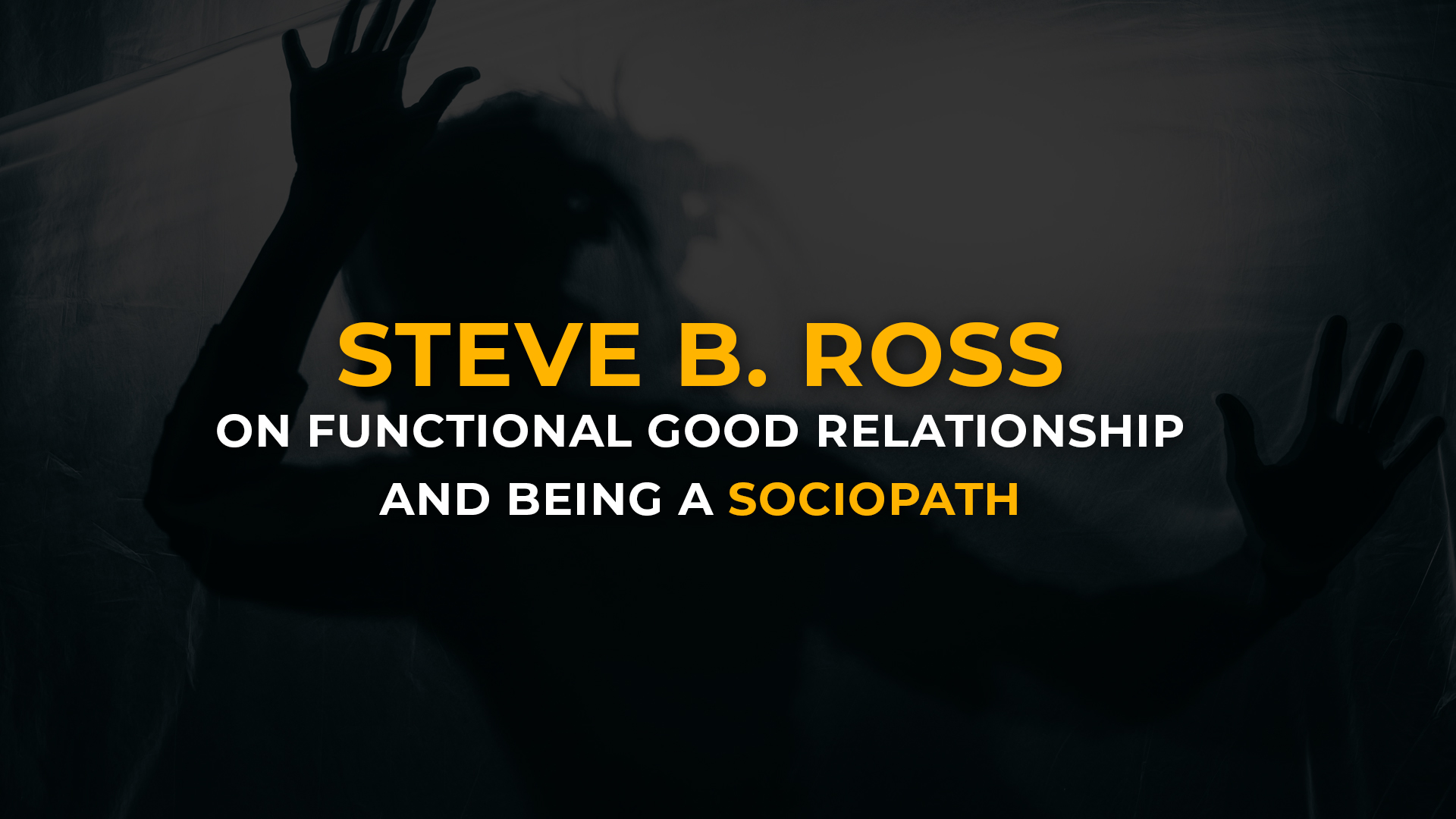 Steve Ross’s book debunks the myth that sociopaths do not have functional good relationships.

Ever since the word sociopath was coined, it has always carried a negative connotation. Sociopaths are always linked to violence, irrationality, and outbursts. In many kinds of literature and media, sociopaths figure prominently as people who psychopaths, serial killers, and dangerous criminals. However, this view is not accurate with all, if not most, sociopaths. As a matter of fact, only a few percentages of sociopaths are behind bars. The majority of them are actually living free, pursuing careers, and are active members of society. A significant number of them are successful and even hold important jobs. The memoir Alternate Reality: The Mostly True Story of How I Became a Sociopath is challenging our preconceived notions of a sociopath. It is a functional good relationship book by Steve Ross. Let us glimpse the relationships featured in the book that prove sociopaths are not necessarily what mainstream media portrays them to be.

Steve B. Ross, also known as Glenn Davis, is an author and a sociopath. He was born and raised in the Appalachian Mountains, and his rough childhood somehow had a great effect on his being a sociopath. Steve’s father was also a sociopath whose character also greatly impacted him and his sibling. Their father died when Steve was only 7, leaving her mom to care for them on her own. The young Steve also developed severe dyslexia. These deterrents did not hinder Steve from his dreams, and he went on to succeed in life. Steve Ross became a Master Electrician. For more than eight years, Steve in the United States Navy as a Nuclear Power Electrician. This is proof that sociopaths are not what we think they are. They are not always recluse and inclined to violence. They can pursue goals and even specializations. They can build careers just like other people can.

The common view of sociopaths is that they are incapable of engaging in personal relationships, even within their families. Their lack of empathy and antisocial traits might put the family in awkward situations from time to time, but it does not mean that they cannot form a personal bond or function as a family member. Steve Ross, a sociopath, is in fact married and has two children. Both his children are doing well in their respective paths. What is more amazing is that Ross is still married to the same woman for over 30 years now. In a society where divorce and separation are common, Steve Ross was able to maintain his family. Aside from his family life, Steve also has a fairly decent circle of friends growing up. His friends Larry and Rich are featured in his book. Steve’s relationship with his siblings, an older brother, and a younger sister, can be categorized as pleasant.

The idea of sociopaths being contributors to society and being active participants in community building seems far-pitched to many of us. This is perhaps we only identify sociopaths as those incarcerated individuals, those with antisocial attributes, and lean towards individualism. The media has done a wonderful job of doing that. However, the truth is the majority of sociopaths are living a normal life or striving to do so. It is in their best interest to appear normal and to be part of society. In fact, recent studies reveal that sociopaths can be charismatic and, therefore, are also effective leaders. They can also do well in their chosen field of endeavor. Many sociopaths are, in fact, doctors, engineers, and business leaders. In his memoir, Steve Ross struggled with dyslexia and as a sociopath, yet he managed to become a master electrician and served eight years with the US Navy, handling nuclear power electricity. Even for an above-average person, that is no minor feat. It is also safe to say that with his job, he was able to work pretty much harmoniously with others (being part of the US Navy and working as a nuclear power electrician is not a walk in the park at all, to begin with). Aside from being a professional, Steve Ross also showed that a sociopath could be an active member of society by being an active contributor to your community. Steve Ross was able to that as well. He is active in community youth programs. His book and his blogs are proofs that he concerns himself with others as well.

Overall, Steve Ross and his book Alternate Reality educate us that there’s more to a sociopath than meets the eye. They are also capable of many things that we people also do, which means being active and productive members of society.

To know more about Steve Ross and his life, purchase his book, or visit his website today.