Steve Davala on The Soulkind Series 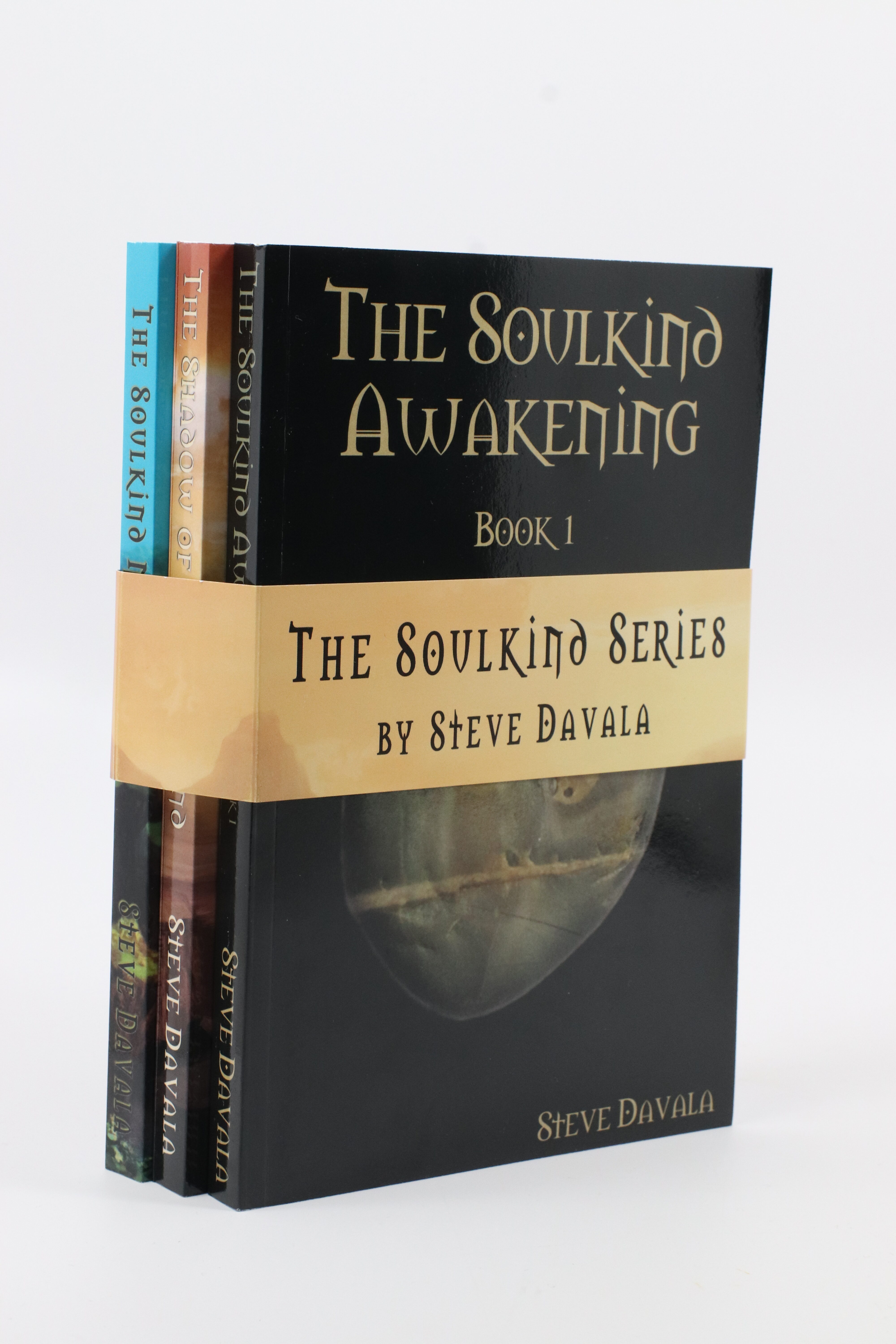 Ever wonder if someone has a truly original idea? It’s so hard in this world with the sheer number of movies and shows and books and comics and any other form of fiction to think that you can come up with something that is just your own.

I grew up reading Dragonlance and Endless Quest and of course Tolkien. Could I come up with a work of fantasy or science fiction that isn’t the slight bit influenced by those sources?

I loved creating stories and adventures on the backs of journals and notebooks and spare scraps of paper until finally in 2000 I started to craft the world of the Soulkind.

Magical adventure stories have always struck my heart, and so I created a land where magic has been locked away for a thousand years, and now it is awakening. The Soulkind are artifacts that used to control certain forms of magic and allow those that master them to pass down what was created in each generation. A thousand years ago when that magic was silenced, the souls of their Masters were trapped inside them as well. As the magic awakens, what will happen to the souls who don’t wish to pass on?

And what will people do with the power of magic? Some will use it for good, some for their own self-interests, and there will be those that won’t have the skill to use it. I focused my story around a small group of friends and their adventures in the Soulkind Awakening. They’ve all dreamed of using magic, and now that it is here, they all want to be students.

The Soulkind Series has three books, The Soulkind Awakening, The Shadow of the Soulkind, and The Soulkind Master. The main story arc closes in the third book, but I have started to plan out some short stories or another series I can follow. I haven’t decided yet, but my wall is covered with sticky notes with character names and plotlines. I like my characters too much to say goodbye!

If you’re interested in an epic fantasy series, check out the Soulkind Series, available on Amazon. You can get it in eBook, Paperback, or as an Audiobook.

As for what’s next, I have two projects arriving this summer. One is a kids’ book my wife and I co-wrote, called Books are for Reading, Not Eating! Ever since we had two kids and read them book after book, I always wanted to create a kids’ book… one that is fun to both read and to look at. I didn’t have the time or skills to create the illustrations, so I put the story on a shelf until I could figure something out.

Since then, I found an illustrator for the book and created a Kickstarter to fund the project. Please check it out if you have a chance! I also wrote an article giving some tips on how to get a kids’ book self-published. I hope you can give it a read!

My last project for the year (possibly!) is a science fiction story called Skywatch. Ever since I was a little kid, I always wanted to write a Star Wars story. Seeing the first movie as a little kid in a drive-in made a huge impression. That was the definite beginning of my creativity and imaginative play as a kid, and that has carried through to adulthood. I’m a science and math teacher as well as a writer, so I used some of that background to create a new planet with its own organisms as a backdrop for a story. The story follows a young Maglan named Daj who dreams of flying. Most everyone on the planet uses an immersive form of technology that allows for all sorts of instant connections. Daj ends up seeing the other side of the world without technology.

Skywatch releases in June 2021. You can stay in touch with the project, and all my others, at stevedavala.com. I’m also on Twitter and Instagram @sciteachah.