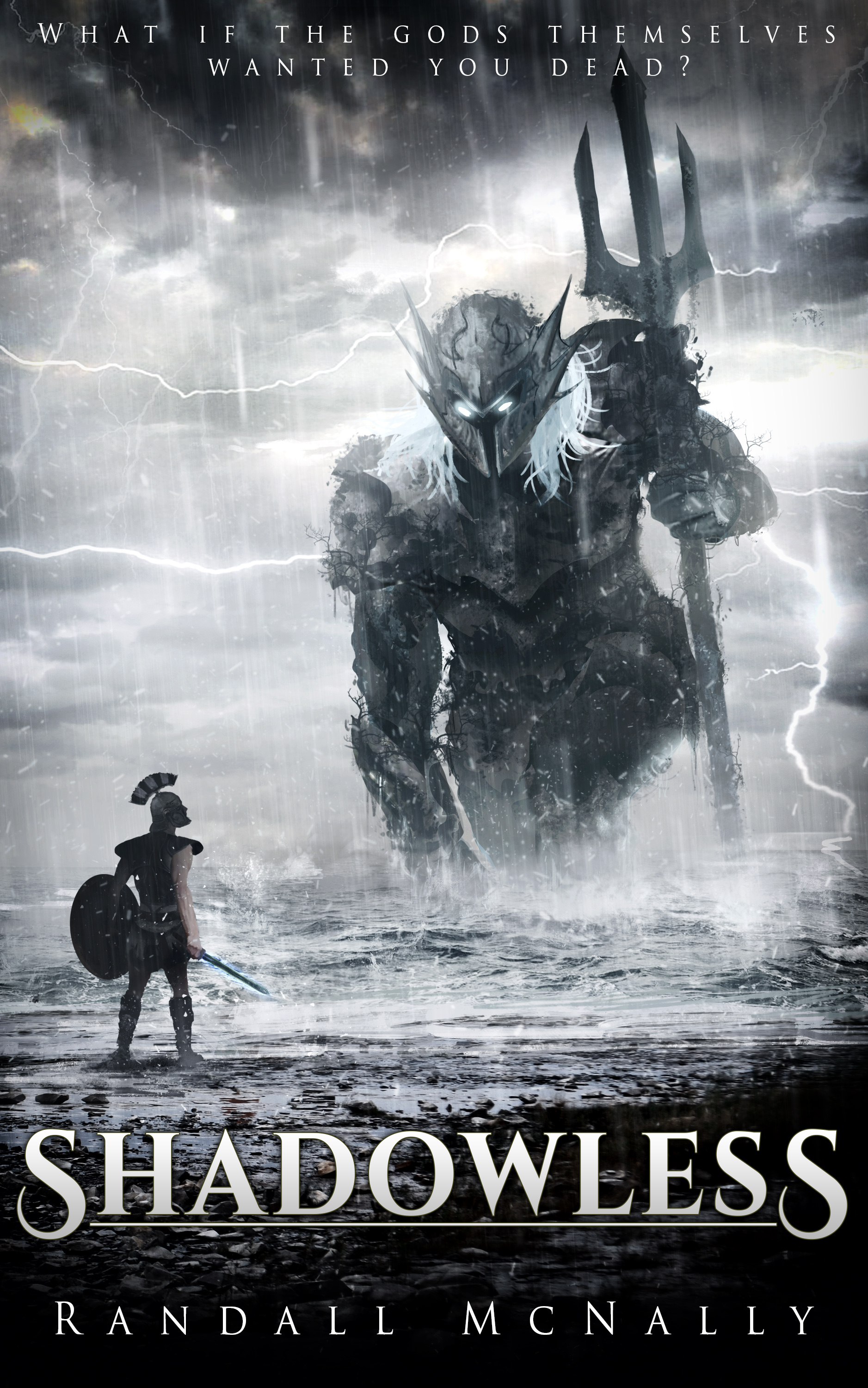 Set in the medieval world of the Northern Realms, Shadowless is a sweeping fantasy novel about individuals who were born without shadows. Spawned by the malevolent deities of this world these Godlings are persecuted at every turn. Hunted by the high priests who are carrying out the wishes of their gods, hunted by the Shadow Watchers; armed soldiers who are assigned to each temple, identified by their light-blue cloaks and distinctive armour, and, of course, hunted by the gods themselves. Even the common folk who live in the towns and cities of the Northern Realms are complicit in the hunting and killing of the Shadowless, fearful of the gods’ wrath and of the collateral damage that can occur when they appear.

But, unknown to the high priests, Shadow Watchers and common folk, there is a much darker motive behind these killings.

Having slaughtered the goddesses in a civil war thousands of years ago the gods now descend upon the realm of mortal men, driven by lust and the greed for power. Because by having children with mortal women the gods are investing some of their power in their offspring, which they regain with interest once their offspring dies. That is how they grow in power.

The Shadowless themselves are part-mortal, part-god. They live for centuries and are faster, stronger and more intelligent than mortal men and women. They have powers and abilities which get stronger and more potent as they age. Yet despite these increased attributes the Shadowless still face a battle for survival, constantly on the run or hiding in far-flung corners of the Northern Realms.

The book begins with a ‘coming of age’ chapter in which a young boy lies on a beach on a warm summer’s day. While trying to block the sun from his eyes he makes a shocking discovery; he has no shadow. When he asks his uncle why it is that he is Shadowless – he learns a terrifying secret that will change his life forever; he is the son of a god.

Each chapter details the life of a different Shadowless character and the challenges they face in order to stay alive. As the story progresses the lives and fates of these characters become intertwined, expedited by the mysterious monk Amrodan. Driven by series of visions Amrodan travels the length and breadth of the Northern Realms, seeking out the Shadowless and trying to enlist their help to take a stand and fight back against the gods.

Thank you for asking me onto Author’s Lounge, it’s an honour to be here. My name is Randall McNally and at present I am employed as a project manager, working for a large software company, and I write in my spare time. I live in Ireland and the inspiration for Shadowless came a few years back when I landed a new job working as a software developer. Programmers tend to jump between companies every 2-3 years and so this was normal. A few things happened and the move quickly turned sour but I had only just joined the company and I didn’t want to leave right away – if anything, leaving so soon would have looked bad on a CV.

One day on my lunch break I read an article about a lady in America who gave up her day job to become a writer. She worked in a call centre (cube farm) and sat behind a large man who ate egg sandwiches and flatulated all day. While I couldn’t afford to just leave my job this lady’s story definitely struck a chord. It was then I began writing; in the evenings, at the weekends, holidays. Some days in work I’d even churn out a few hundred words over lunch and email them to myself.

Although originally intended as an epic fantasy novel Shadowless has ended up falling into the Grimdark category, containing adult themes and strong violence, and as such is more appropriate for a YA/A audience. Great care has been taken to only hint at some of the darker topics of the book and while they have been implied they have not been shown or described.

Shadowless has been well received by critics and has been called striking original in its scope. There is nothing else out there like it, to my knowledge, so if it’s something different that the Authors’ Lounge readership want then they could do a lot worse that check it out.

Thank you for taking the time to read this article and to Authors’ Lounge and Readers Magnet for inviting me on, and thank you to Elizabeth Schultz for contacting me.