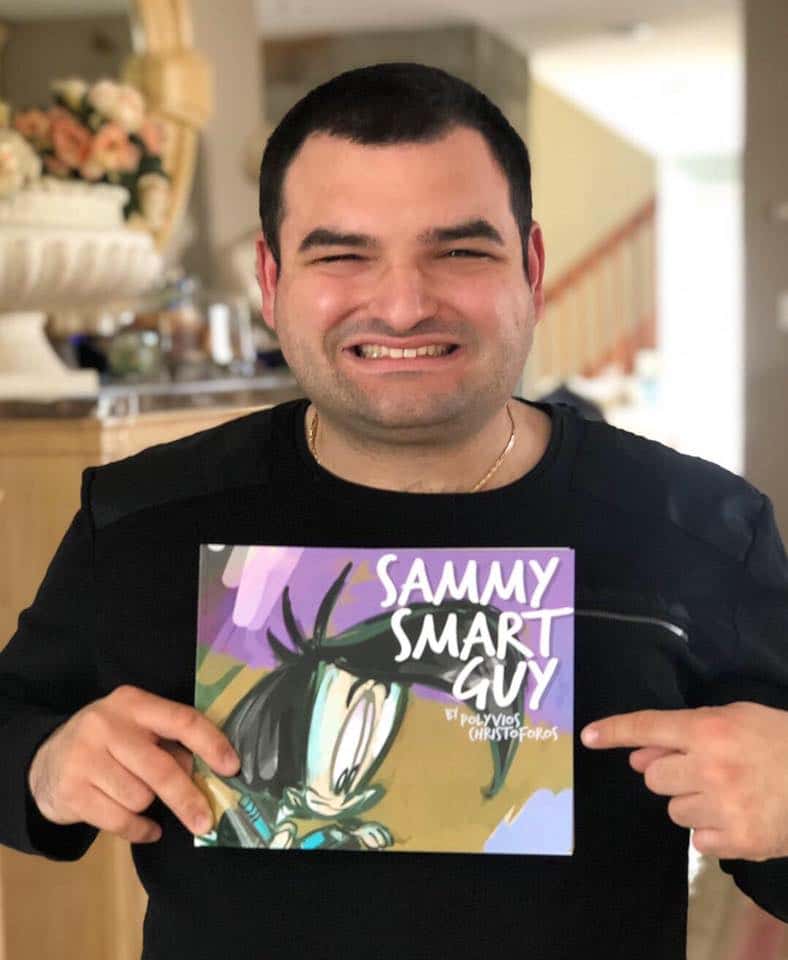 What is it like to have autism? Polyvios Christoforos would tell you it means being a little different from everyone else. He has firsthand knowledge, because he is on the spectrum himself.

Polyvios (Paul for short) was diagnosed with PDD, pervasive developmental disorder, when he was just 3 years old. His journey began with a lack of communication. He just wasn’t hitting milestones and saying words by the time he should have.

He also struggled with behavioral issues. Some examples include having a meltdown if he couldn’t find something, banging his head on the ground, hitting and biting, public outbursts and a low tolerance for loud noises and confrontations.

He’s in his late twenties now, and he has come a long way. He is on the higher functioning side of the spectrum, and could talk your ear off for hours! The early years weren’t easy. But no matter what he struggled with through, his artistic talents came to light. He always had a pencil and tablet of paper on him. (Still does to this day.) He loves to draw cartoons, and would often draw scenes from from his favorite TV shows.

Through the years, Paul’s love for art grew. He took art classes, and he learned how to work with acrylics and use different art techniques.

He painted beautiful sceneries of Greece, and titled one “Dusk at the Acropolis.” That painting was entered into the New England Congressional Art Competition, and he won first place. His painting was hung in the House of Congress for a whole year!

He has sold his artwork on mugs, postcards, and even magnets to raise money for autism research. His artwork is also hanging in Massachusetts hospitals, and local art galleries. He even spoke before a large crowd for the Boston chapter of Autism Speaks. And his latest accomplishment is becoming a published author. He wrote and illustrated his children’s book ‘Sammy Smart Guy.’  The story is about how a young boy with autism became a successful artist despite challenges he faced struggling with behavioral issues. Even though the character in the book is fictional, it’s based on Paul’s real life experiences.

Polyvios Christoforos reading his book in front of the kids

Autism is part of who Paul is, but it does not define who he is. He’s a talented artist, a son, a brother, and a shining example of what can be accomplished when you don’t focus on the prefix dis and focus on the ability.

You can check out the book at this link:http://rosedogbookstore.com/sammy-smart-guy/