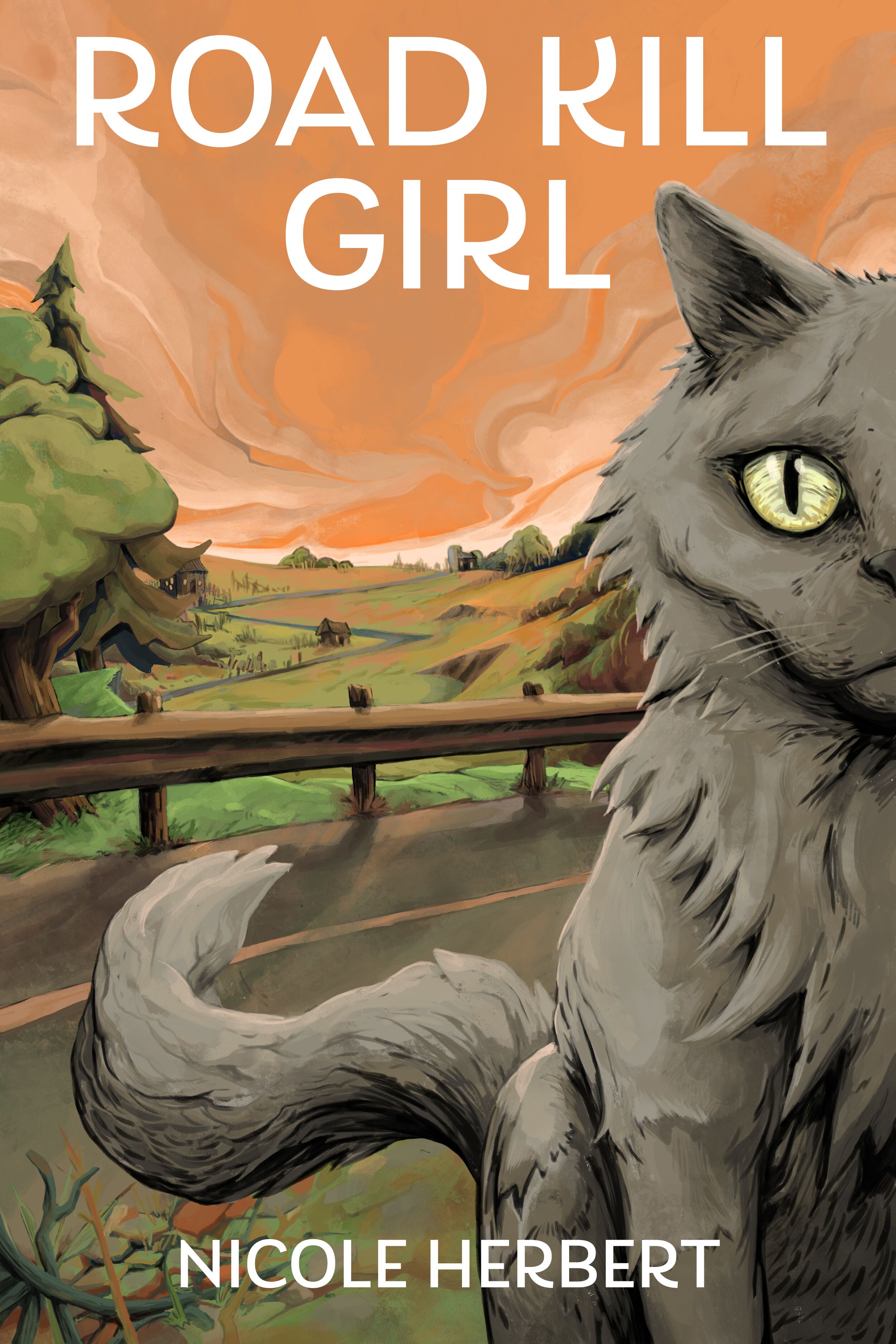 “On the highway of life I am road kill.” That is how eighteen year old Mar starts the last assignment of her long high school career. About to graduate after feeling both invisible and unwanted for the past four years, Mar thinks she is only waiting to get out of her small, Canadian town and be noticed. After a sudden breakup with her cheating, musician boyfriend she is steered into an investigation into her mother’s death by the most unexpected visitor: a mangy, sassy cat claiming to be her guardian angel.

When secrets of her dead mother’s past resurface revealing that her ex-preacher dad might not be her biological father Mar risks learning truths she never wanted to know. Why is it that she never felt like she belonged and is it possible that this dead cat is just using her like everyone else? What she doesn’t know is what everyone is scared of, the start of the next World War, might just depend on a choice she needs to make.

Road Kill Girl was inspired by a story that I began in high school for a Writer’s Craft course. I was inspired by both Timothy Findley’s gritty realism of The Last of the Crazy People and Tom Robbin’s fantasy books such as Half-Asleep in Frog Pajamas. I wanted to explore surrealism by making a realistic story that made the fantastic seem ordinary and could make the reader see the everyday as magical. At the time I did not realize the impact this class would have on me later as I worked towards becoming a published author.

Although the target audience was originally Young Adult the response from adult readers has demonstrated that the themes in the book are enjoyable by all readers. I hope that every reader has a moment of empowerment in realizing that the smallest actions by any one person can have an incredible impact on the world around them.

Road Kill Girl is published on Amazon as both an e-book and paperback. I have begun donating copies to libraries and other organizations and would like to get copies into high schools. I published it in March of 2020 which turned out to be a very difficult time for marketing a new book. I hope to be able to promote it as well as my next books in person at book fairs and shows in future dates. My next book Darkness and Blood will be out on Kindle by summer 2021 where I explore vampires in a realistic bun fun Young Adult paranormal fantasy.

Through Author’s Lounge I am hoping to find new readers that might not have otherwise come across my book and am thrilled to be featured. I have already flagged a number of books that I want to read myself!

I am a graduate of University of Toronto, with a Bachelor of Science in Zoology, and live in Pickering, Ontario with my husband, son and two cats. My reading goal for 2020 was to read every Agatha Christie and Stephen King book I had yet not read but having failed I will be trying to catch up in 2021. I can usually be found on Twitter @rdklgirl.