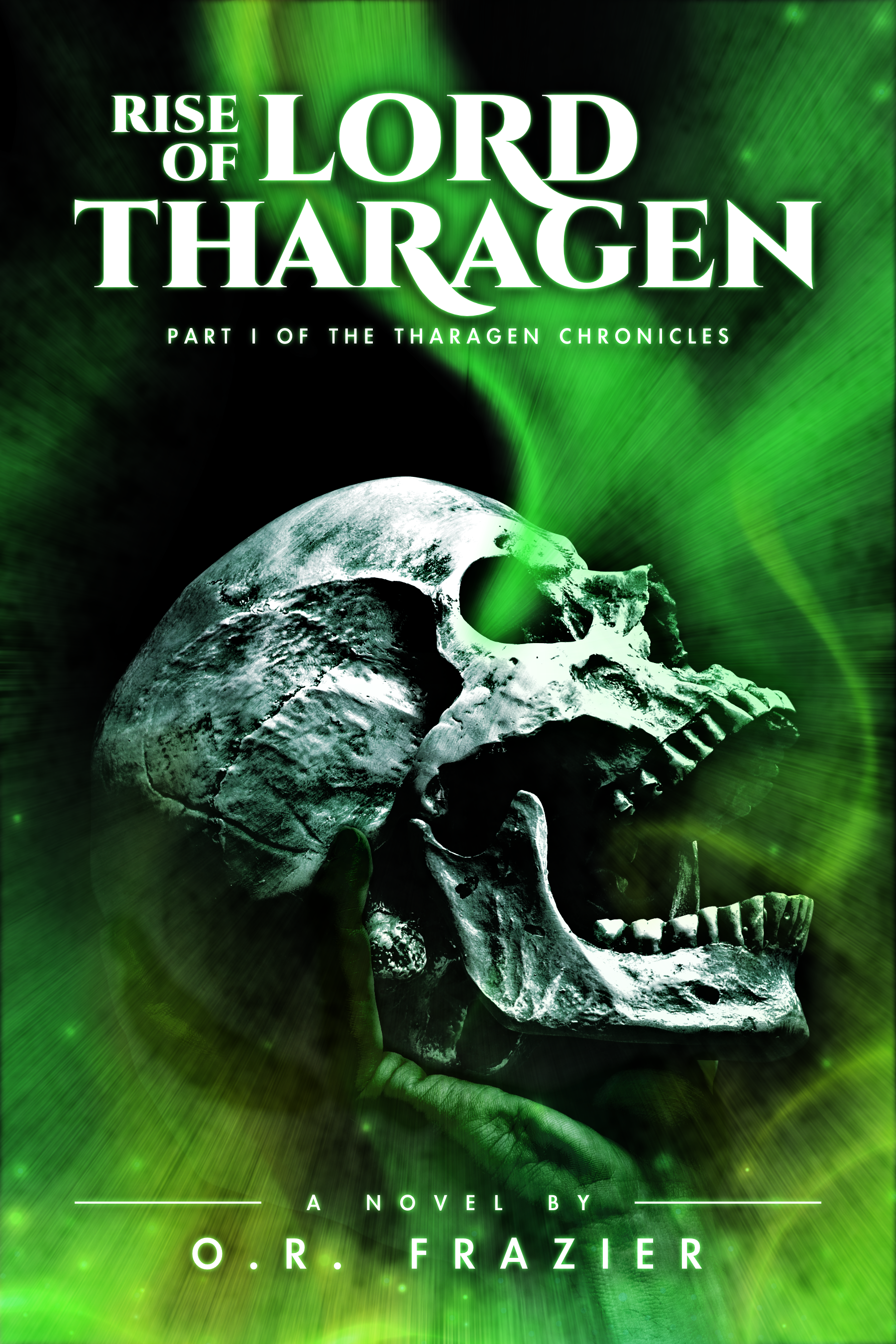 Hello. My name is Oral Ryan Frazier (O.R. Frazier), and I’d like to share more about myself and my first book, Rise of Lord Tharagen, in the hopes that it will peak the Author Lounge’s interest and that you’ll find something worthy of your time.

Tharagen Proth was a child plagued with terrible nightmares from birth. In his youth, he sought his mother’s comfort, but when she dies from an unnatural cause, he begins to obsess over her death, spending years studying the occult and seeking clarity to her demise. Turmoil spreads across the kingdom as his grandfather, the King, is assassinated, and the shaken realm falls into the control of his positive, yet militant Uncle, who reluctantly takes the crown to maintain order amongst the lands. As Tharagen matures, his taboo research catches the eyes of secretive warlocks and other dark entities whose goals remain unclear. Who is friend or foe? Can even his very mentor be trusted?

The pursuit of power threatens his mortality, and as his newfound powers escalate, so do the potential dangers surrounding him. A fated warning. A bargain with evil. A grand scheme, centuries in the making, is being set in motion, and Tharagen will find himself an unwilling pawn as his destiny is forever altered.

The story sets up a darker fantasy world, one I’ve placed in a renaissance era. Centuries of history have been distorted or rewritten, and the world isn’t as it appears to be. Mysteries and danger lurk around every corner and forces greater than this world are always in motion. This book is the first of many I’ve planned for the series, and though I consider it a slow start to what’s coming next, I consider it just as essential as any other part.

What really inspired some of the themes of this story are my love of the dark, the strange, and the ancient. Honestly, there’s so much I could get into here, I could write you guys a ten-page essay. My dreams, fears, hopes and doubts manifest themselves through all my characters in different ways, giving them life beyond any flat character. Everything, every scene, must serve some purpose. Love of classics such as Beowulf, The Divine Comedy, and The Canterbury Tales, as well as stories from H.P. Lovecraft, Mark Twain, and even John Steinbeck also play a huge part in my story-making. Yes! I know it’s an uncommon menagerie, but it’s what I love, and from that adoration came motivation to begin my series. Book two raises the stakes ever higher, and I really hope that, if you guys are captivated by the beginning of Tharagen’s story, you’ll consider looking at part two once it’s available.

I always knew I wanted to be storyteller. When I was young, I used to watch many horror and science fiction movies with my dad (usually without my mother knowing). And at some point, I became the kid who questioned everything, beginning to discover that many stories had the same story beats and structure, though I didn’t have the correct terminology for it yet. Soon, I’d watch for the predictable plot points, but not in a cynical way! I was more interested in how they took that plot point and made it their own. To me, it was a higher form of playing pretend, and when I’d play games with my friends, I’d be the kid that took my role too seriously. Every. Time. I loved to immerse myself in the role of whatever we were doing, and that began to bloom into a fascination with books. Here was a higher form of story than television! So much detail, so much knowledge! To me, holding a good book feels like holding the key to immortality and infinity! So, I wanted to be part of this more than ever. Years go by, and life experiences have helped me begin to weave my first epic story saga, Rise of Lord Tharagen, which is the first of at least six books in the series!

What really helped me was going to college. I come from an Appalachian family where learning anything other than the bible is essentially frowned upon. And while I can agree that there are great lessons to be learned in the good book, a person needs to experience so much more to truly explore the reaches of their mind. As you can imagine, the culture back there can be…difficult at times. So, after a relationship blunder and the added motivation of being a single parent, I knew without a doubt that I must show my kid how to follow your dreams, wherever they may take you. Surrounding myself with many like-minded individuals, I’m currently working on my MFA and plan to continue mastering storytelling into its highest forms. This is more than a hobby for me. It’s what I want in life. And with a little luck, I’m hoping one day soon that it will provide for me and my kid.

My audience is first and foremost myself, so if I don’t love the story I’m telling, I won’t write it at all. My tales usually end up for the older crowds, since I don’t shy away from violence and mature themes. The idea of weaving story threads into surprise twists and cliffhangers which excite not only myself, but the reader as well, makes me a very happy man. I’m someone who tries to learn from the good and the bad experiences in life and utilize that knowledge to better myself not only as a writer, but as a person as well. I hope to fully finish Tharagen’s story one day and tell many other stories as well. I also hope that you’ll follow me on this long, exciting adventure.

If you’re interested in purchasing my book, it can be found on Amazon and Kindle, or from links in my website.