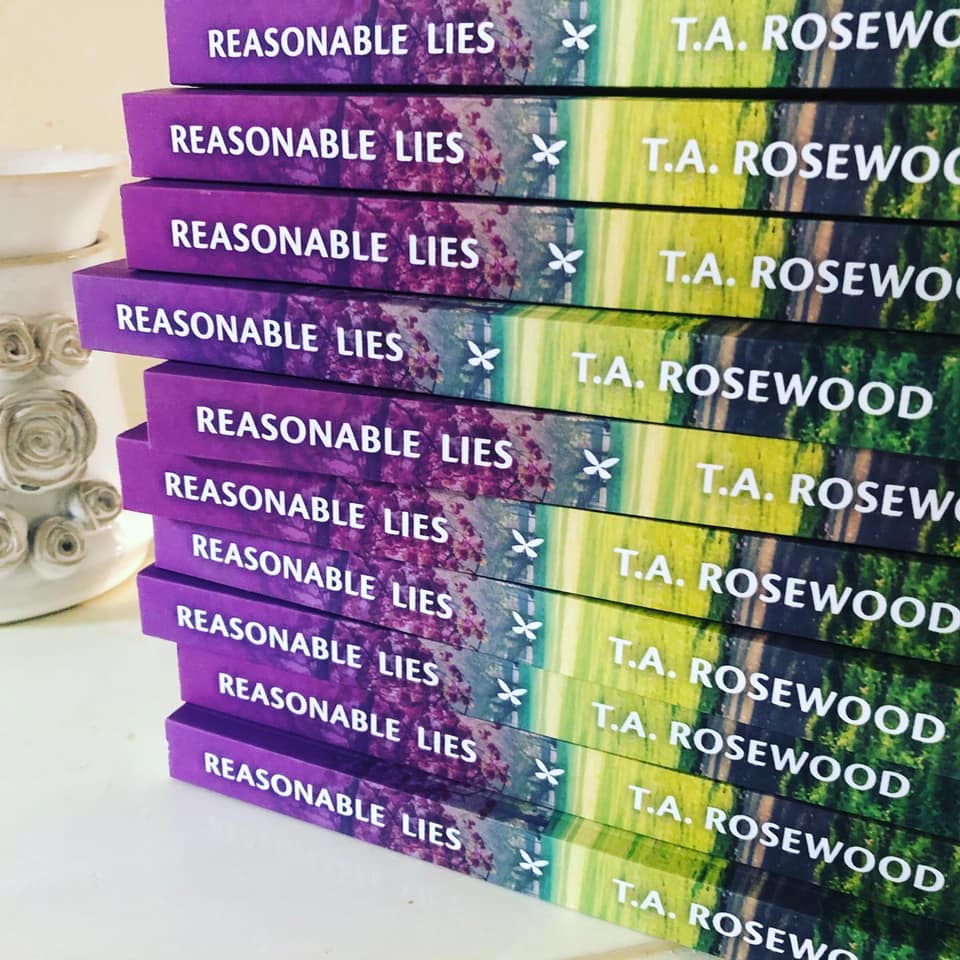 My debut novel, Reasonable Lies is about a woman who tries to protect her family and friends from a heartbreaking truth. Early into her journey, she meets a stranger who quickly becomes her confidant but he also has his own struggles to deal with. As Jane’s predicament grows the lies become more difficult, things spiral down as James decides he cannot help her anymore but Jane needs one more thing from him before he goes and she will not give up until she gets it. But does he have his own surprise in store and when will Jane find out?

Jojo Moyes actually inspired me to start writing again after many years. We met her at our local book store as she was opening it. After listening to her describe her own author journey and that her book, Me Before You, became a Hollywood movie, I was immediately inspired to pick up my pen and start writing. The book, Reasonable Lies was born that evening.

A month into the writing, my mother was diagnosed with the same illness as my main character which then halted the story for nearly two years as I helped her deal with operations and treatments. She then told me that I had to continue with the book, which I did and then launched it in March 2020 onto Amazon.

The next time I met Jojo Moyes, I thanked her and she applauded me in front of the audience for going for it. I am truly thankful for that first evening and super proud of my debut novel.

My target audience is women as the subject matter talks about breast cancer, although I have had some men read and review it who also gained from it. It’s such a dear subject in our family and such an important message for everyone within it. I have even had ladies contact me to say that they have now been more aware of checking themselves regularly which is amazing and so heartwarming to hear. If it saves one person, I have made a difference.

As I said in the last paragraph, I hope that people get comfort from the storyline and I really hope that it can offer some sort of help towards anyone dealing with this issue in real life. To save someone from this awful disease, just by them checking themselves more, would be fantastic.

I am in the process of writing two more books that will create a series for Reasonable Lies which is quite exciting for me. I’ve also started a short story for the main character from Reasonable Lies – Jane’s secret Diary which tells her side of the story a little bit more with more insights into her character.

One of my biggest dreams for this book would be to have it as a movie/film or Netflix series of some kind.

There is also another book based on a true story in the pipeline which I am slowly working on.

And finally, here’s a little something about me.

My name is Traci and I wrote my first short story when I was just thirteen years old in a school textbook. It was called, ‘Look’s Aren’t Everything’ and I still have it today on my bookshelf. It’s quite funny reading it back but I’m proud of it and loved writing every word.

For my GCSE English exam, I was supposed to write a two-page short story; but as I find, once my writing juices get flowing, I find it hard to stop so my short story for my exam ended up being a thirty page story and I was graded down because I wrote too much.

During my twenties, I began writing poetry and to date, I’ve had five of them published in various poetry publications, but, as my family and work-life grew, I didn’t have time to write as much as I’d like.

In 2006, I opened my own children’s day nursery which I had for four years until I had an accident and then decided to take things a little slower working part time alongside my husband in the wedding industry.

I now am full time working on my author career and after self publishing in 2020 (on the 1st ever lockdown weekend), I have been overwhelmed with the support and encouragement from readers and fellow authors.