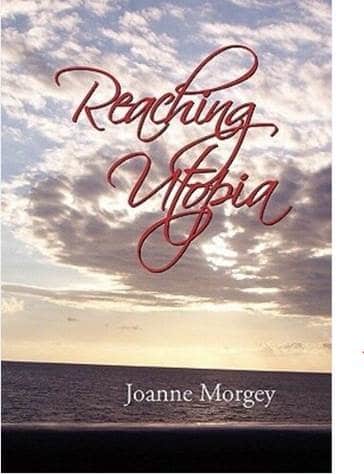 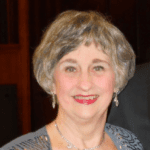 Joanne Morgey is the mother of four children and grandmother of six. She has experienced many milestones in life. She was 34 years old when she lost her husband of fifteen years to a sudden heart attack. She was left to raise four young children and run a family business. Many times, when the reality was too much to bear, she would put her pen to paper, create a poem, and somehow find stability. Many years later, to ease the grief of her mother’s passing, she created her first book of poetry, “Birthday Presence” in the remembrance of her mother. In her times of despair, she was able to find hope, in her experiences she was able to find inspiration, and in her poetry, she was able to find peace.

I write poems.  I love writing poems.  As a child, I struggled with myself and the intensity of my feelings; oftentimes wondering if there was something wrong with me and not knowing what to do with all that I felt.  I began, at an early age, putting my feelings in writing, often in poetry form, and often finding relief and some comfort.  So writing poems became a form of therapy for me.  My poems would often clarify some of my deepest darkest questions about life and living.

As my life was unveiling, I found the most difficult times to be those times of having to say my good byes to those I had come to love and depend upon.  My first experience with death was the loss of a dear friend at the age of 12.  He had been killed in an accident and, for the first time of my life, death became a reality to me.

When I was age 30, I had to say a final goodbye to my Dad.  That was difficult; very difficult. Again, death had knocked on my door.

At the age of 34, I became a widow through the sudden death of my 37 year old husband.  I was left with 4 young children to raise, and a business, with which I had no knowledge of, or experience with, to run.  I was overwhelmed with responsibilities and insecurities.  I wrote a lot during that time, and at times, was able to find some solace.

When my mother, a few years later, passed on, I was emotionally unable to handle her upcoming birthday, so I put together a poetry book, in her remembrance and called it “Birthday Presence” and gave it as a gift to family and friends in celebration of her birthday.  This helped me,  and hopefully others, to cope a little better with still another passing.

My life was not all about death.  One of my favorite poems, presented in my book, was when my daughter was expecting twins.  I wrote a poem, as if the twins were speaking prior to their births, of how excited they were to meet their parents.

When a poem would take me more than a few moments to write, I would file it in a trash can because I knew it was coming from my head rather than my heart, and those that came directly from my heart were written quickly and easily.  Many poems hit the trash.  But I compiled many others, and I decided to put a few of them together and create a short poetry book.  In searching my mind for a title, I decided to call it “Reaching Utopia” because, in my mind, Utopia was a “positive” place and I wanted to go there given the often negativity and fearfulness of my nature.  If I were to re-name it today, I would probably call it “Reaching for Utopia” for I have found Utopia to be the journey of, and not the destination of, both some of the saddest and some of the most joyful experiences of my life so far.

I am learning to travel this journey with greater faith and courage.  My hope is that, in my book, you may find a little piece of your own journey and be able to relate and find some comfort in the knowledge that we are never alone in our searching for a Utopia, and that perhaps, one day, a Utopia may actually become reachable.