Princess Sabeena and the Musician, by Scott Shelton 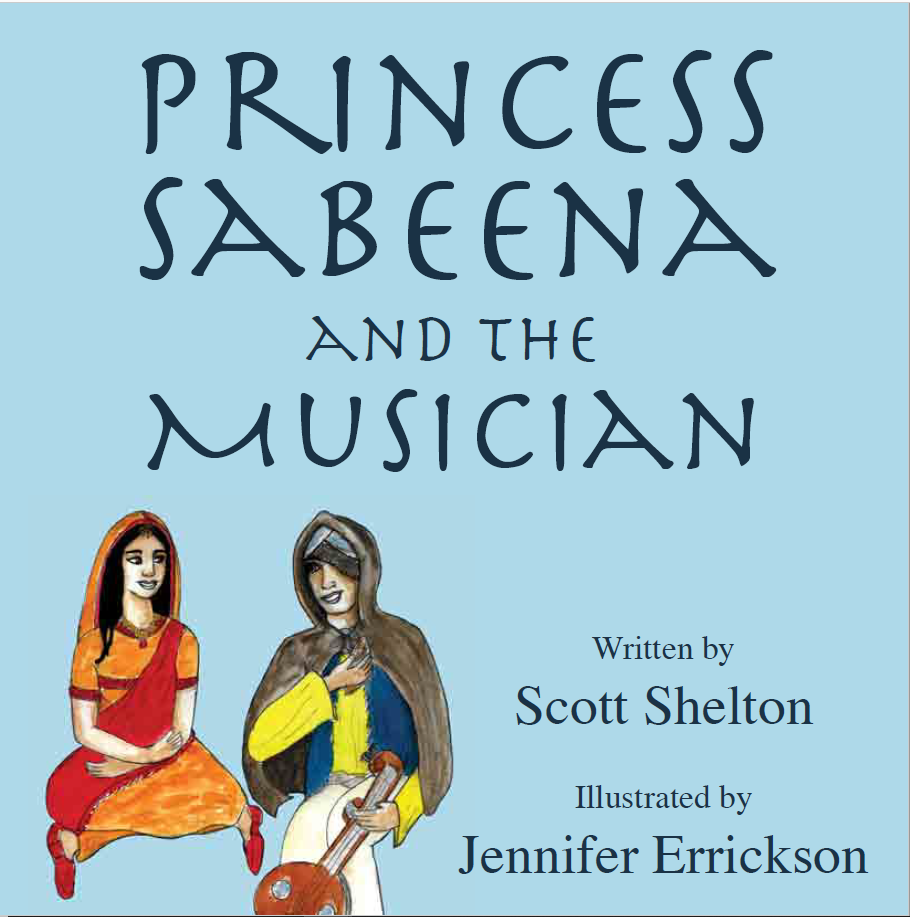 I appreciate the Author’s Lounge allowing me to share more about the story Princess Sabeena and the Musician. Princess Sabeena and the Musician is about a young princess intentionally spoiled by her wicked enchantress step-mother, who wanted to take over her father’s kingdom. As a young girl, Princess Sabeena was arranged to marry Prince Premal to unite their respective kingdoms forever in peace. But when the time came to be married, Prince Premal could not bring himself to marry such a spoiled princess, which left both the princess and prince at odds with their families. As a result, the king is tricked by the enchantress stepmother and is forced to send Princess Sabeena away from the kingdom. While on this journey, she learns more about the world and kindness. This trip helps restore her to the beautiful nature she had as a child but her future marriage plans to have changed.

Being a father, I always wanted my kids to read books that taught a positive lesson, focused on a good quality, were educational, or were just well-written and entertaining. I would often tell my kids stories on car rides or read to them before bed. On one car ride, I told the story I wrote about a bird who fell from his nest before he could fly and went on an adventure trying to find his way home. My daughter said I should write it down—this first book led to others.

Being an avid fan of Disney and fairy tales, I wanted to write a few new fairy tales that would appeal to modern audiences, be entertaining, and have a positive message. This led to the initial four princess stories I wrote, which included Princess Sabeena and the Musician. I wanted to keep the story to a manageable amount of words and pages given the age group, but would like to one day expand the story.

I did not write with a set target age group in mind, rather I just wanted to write a story that I thought kids and parents would want to reread. With that being said the age group that seems most appropriate for Princess Sabeena and the Musician is 8-12. I have had parents tell me they have read the story to their younger children and they have enjoyed it all the same.

The story of Princess Sabeena and the Musician teaches readers about understanding and kindness, which are needed in this world to bring people together and make relationships work. I hope to convey the message that people are not always who they first appear to be, and time can lead to understanding. Also, life is not always easy, but there are many joys to be found just by learning to be kind to one another.

My future goals for Princess Sabeena and the Musician are that it resonates with all readers, not just children, that people find it entertaining, and, hopefully, that it conveys a positive message. Seeing it in another format would be wonderful. A local performing arts group is working on a stage show for my other fairy tale, The Bullfighting Princess, and an educational interactive assembly for my story, Princess Ashaki. Only time will tell what happens with the story; I am just happy that I put it in print and that it will be shared with others to read.

My career actually started as an engineer. Writing and painting became a creative outlet. While I plan to and would love to write more children’s stories, my immediate writing goals are to work on additional screenplays and improve my writing skills in that area.

My books are available on Amazon.