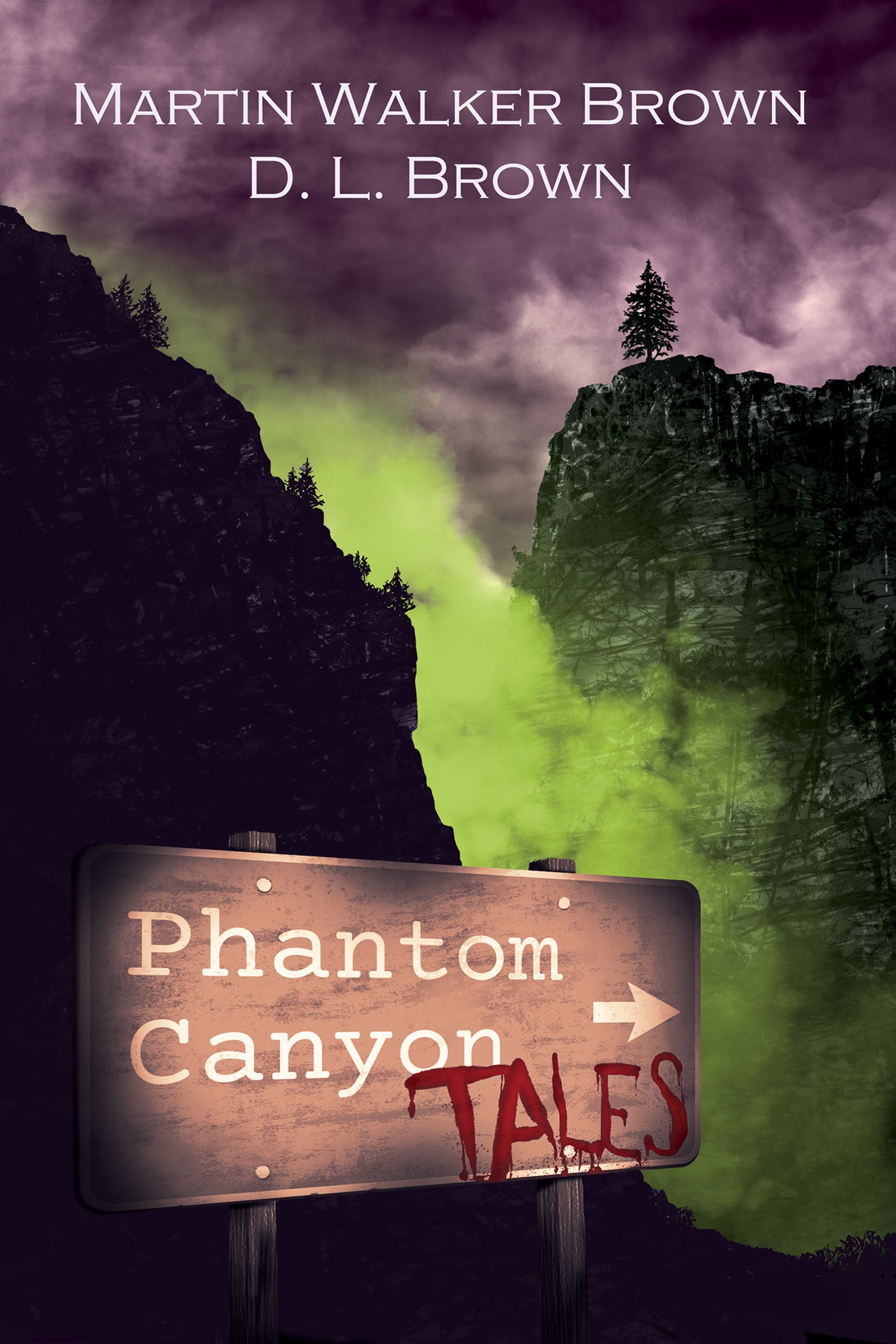 Phantom Canyon Tales is a collection of suspense horror stories written by my brother and me (D.L. Brown and Martin Walker Brown.) The seven tales include two novels and five short stories. Both of us being Night Gallery fans, we liked the idea of each story beginning with a unique illustration. All the illustrations in our book and the cover art were created by the superb UK artist, Jon Stubbington. We continued the concept on our website, www.phantomcanyonentertainment.com where fans can find new content. This contemporary anthology of horror stories includes:

The Piper’s Song – An elderly lady seeks help with a problem in her basement.

The Men of Yuul – In the sweltering summer of 1939 Los Angeles, ex-LAPD detective turned private investigator, Jack ‘Ski’ Gulczynski, finds himself catapulted into a most unusual case with dire implications for all of humanity.

All Hallows End – A man who hates Halloween discovers why the feeling is mutual after his wife purchases a unique decoration.

Blood Wattle: A Thanksgiving Story – Runyon Yeager’s desire to win the annual turkey shoot, and the accompanying acclaim, leads him down a trail that changes his life in ways he never dreamed even in his worst nightmares.

While the Storm Rages – A woman lives in perfect solitude until the others return.

The Broken Circle – Private investigator Jack Gulczynski and his partner are contracted by the FBI to investigate paranormal activities at an enigmatic college in Massachusetts.

The Dweller on the Threshold: The Face Behind the Grate – Ben Dowd and his wife have purchased a home that comes with a quaint speakeasy grate in the front door, not realizing the determined horror hidden within.

My brother and I are fans of a variety of well-known authors in Sci-Fi, Horror, Suspense, Fantasy and Mystery. Their stories have stuck with us. So much so, we often use a contextual language when communicating with each other. (Think ST: TNG “Darmok and Jalad at Tanagra”.) While a list of influencing authors would be quite lengthy, we generally agree on four standouts: Roger Zelazny, Terry Pratchett, Charles Dickens, and Douglas Adams.

The stories in the book were originally posted on our website, albeit as rough drafts (but with the corners knocked-off). Since then, we have rewritten the stories, sought and received feedback and rewrote them again… and again. Writing and distributing this book has been a mountain that my brother and I wanted to climb. We wrote the stories for our own enjoyment. We self-published for two reasons: one, because we could; and two, more personally, I have a chronic case of repudia ad nauseam.

Our target audience is primarily adults and sometimes, young adults with an interest in suspense horror, science fiction and fantasy mixed with a bit of mystery. We hope our readers are entertained and perhaps, learn something they might not have known. We look forward to building our fan base and to sell enough books to help fund the next eBook or perhaps a printed copy of Phantom Canyon Tales. Additionally, we will be producing audio recordings of our work. Phantom Canyon Tales (e-book only) can be found at Amazon here: Phantom Canyon Tales

Martin Walker Brown – While I have been writing fiction for my own enjoyment for decades, my primary occupation was the development of electronic systems. In recent years, I have taken to contract technical writing. Technical writing has been considerably less stressful as it was only a small segment of my previous responsibilities as a project manager. Now, I have more time to pursue my passion for writing fiction.

D.L. Brown – I am a journalism major, turned database designer, and now trying my hand at writing.  While most of my current work has been horror related, I hope to branch out into other fiction genres such as general mystery, science fiction, and possibly an international thriller.