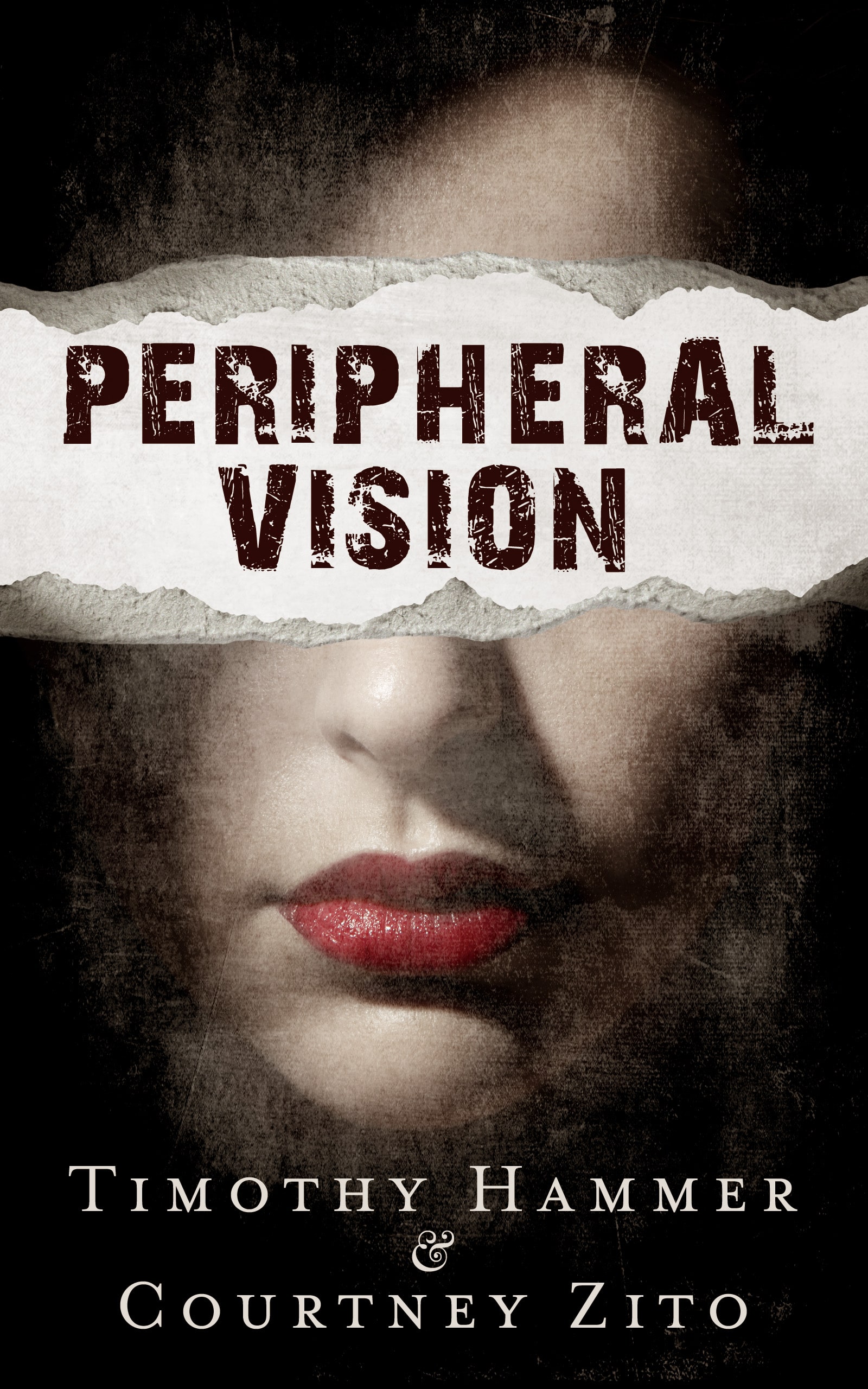 Hello dear readers. My name is Timothy Hammer, co-author of the novel, Peripheral Vision: A Supernatural Thriller. I co-wrote the creepy thriller with my friend and writing partner, Courtney Zito. I would like to thank the Authors’ Lounge for the invitation and opportunity to showcase our work. I’m honored and excited to share this article with your readers and shine a little light into the shadows that created it.

Sometimes the deepest secrets hide in the darkest corners.

As a little girl, Sarah suffered a horrific tragedy that would forever change her. She saw it coming before anyone else, but she couldn’t stop it from happening. She could only describe it as the feeling. From then on, she always considered herself an “extra sensitive”.

It was as if her mind knew something was going to happen, but she wasn’t able to fit all of the pieces together until after the fact. At night, while she dreamed, her visions played out both the past and the future, and sleep was often elusive. But with the help of doctors, and sleeping pills, she was able to silence the feeling for the better part of her life

Now, as a thirty-something, “living the dream” in Los Angeles, she’s built a solid life for herself and put the childhood tragedy behind her. But when she’s met with unexpected news, it causes a cataclysmic shift in everything she thought she knew about herself, and her family. Sarah’s estranged Aunt has died, and she has inherited her old farmhouse in the small Nebraska town of Homewood. Deep within the house, she discovers some very dark secrets. What she finds, opens up some frightening doors to the small town’s past. Doors that were better left closed.

This novel was actually born as a screenplay written by Courtney and me years ago, that we later expanded, crafted, and grew into the novel that we know today.  We were both working actors at the time and looking to create our own story to perform and showcase our talents. I’ve always enjoyed writing and so this was a natural step for us. Little did I know at the time, that I was opening the door to a passion for writing that would come to consume me. In a good way of course.

I grew up in a small Nebraska town, and many of the locations in the book were inspired by memories of growing up in the rural setting and the twisting river that was always a backdrop to my early life. I’ve always enjoyed reading and writing, always drifting toward the darker stories, and so I was happy to be able to tell my own. A number of ideas/dreams that I’d previously jotted down in my idea journal became players in this book- which is always satisfying. No one ever wants to waste a good idea! But it’s still amazing and humbling to see others enjoying something that my mind created. I’m sure many artists and authors would say the same.

For my readers, I want to take them on a journey down into the basement to investigate the strange sounds, and then tap them on the shoulder!

The book is a supernatural thriller sure, but it also dabbles in historical fiction, horror, and fantasy. I want my readers to be able to step out of their everyday life and step side by side with Sarah as she explores her family’s past and uncovers secret after secret in the strange little town that seems to hold so many.

This is my debut novel, but I’m currently working on a new series of thrillers that share subtle otherworldly connections with Peripheral Vision. The first should be finished this Spring, with more to follow. Be sure to keep a look out for the next installments.

A little more about me. Fun Fact! In November of 2002, I packed up my car (an old Ford Probe), with no job or place to stay awaiting me, and drove the 24 hours out to Los Angeles, CA to pursue my acting career. I appeared in numerous independent films such as ALMOST NORMAL and THE GIRL, and also popular television shows such as ER, NIP TUCK, and NO ORDINARY FAMILY. I was blessed when I met my beautiful wife in 2013 and now, we both live and work for our two beautiful and well-loved children, in Southern California.

Thanks again for letting me share! Peace, love, and thanks for reading.

Peripheral Vision: A Supernatural Thriller is available on Amazon:

I love to support artists, authors, and all those who follow their dreams. Follow me on my Socials for updates and everything new.