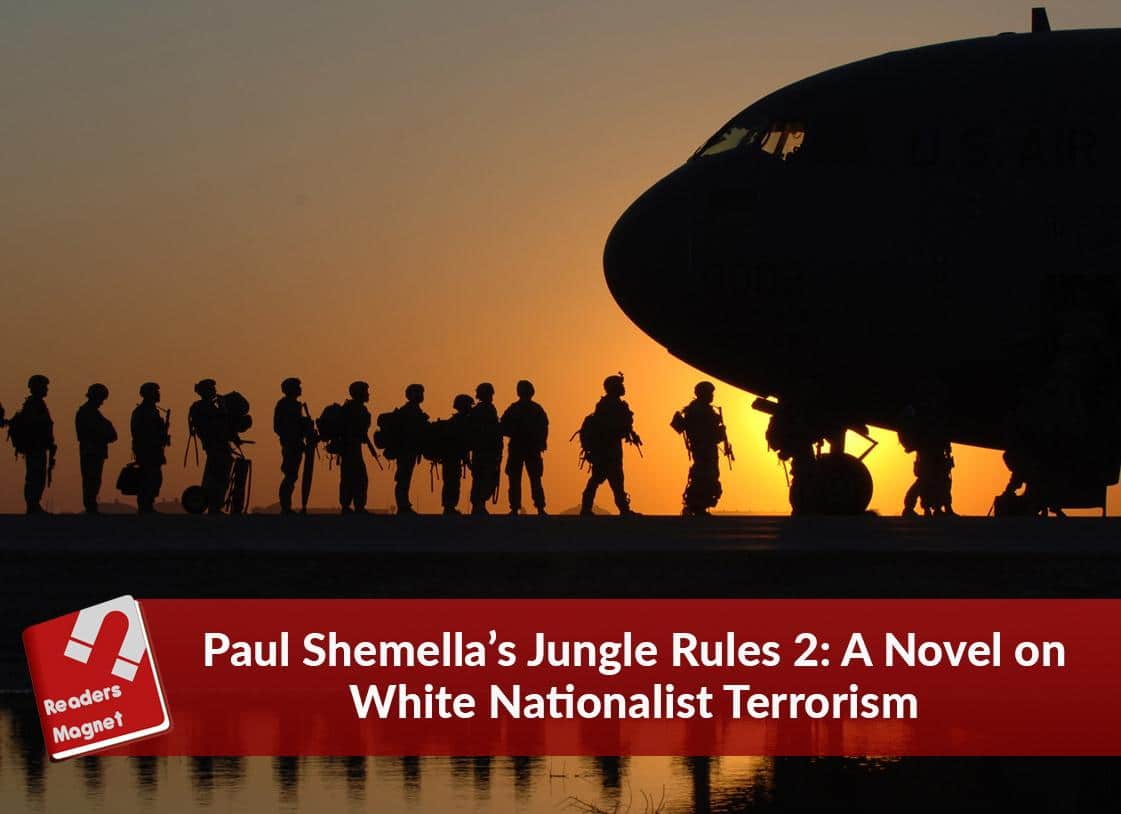 Last month, we featured author Paul Shemella and his latest book trilogy, Jungle Rules on ReadersMagnet Review. The first book, Jungle Rules is already out in the market. It’s an action-thriller about a mercenary fighting a drug cartel and a government that wants him dead. Authors’ Lounge takes a quick peek on Shemella’s second installment of the trilogy- A More Perfect Union, one of the novels on white nationalist terrorism worth reading.

A Clear and Present Domestic Danger

In Book 2, A Perfect Union, we learn of Carl’s violent demise while trying to save civilians from a white nationalist terrorist bombing in Washington. Gabriele, whom we met in Book 1, decides to work with the FBI as an informant in order to bring those responsible for Carl’s death to justice. Because there is no ‘domestic terrorism’ law, Gabriele has to run a deep undercover work with the help of Carl’s closest teammate, Jerry Tompkins. They join the Militia of Wyoming, disguised as a couple. At the height of the continued bombing, the terrorist discovered Gabriele’s identity while Jerry is trying to thwart a major bio-terrorism attack.

Jungle Rules Book 2: A Perfect Union promises to provide readers with an action-packed thriller that is somehow a bit unique from Book 1. Gabriele and Jerry take us to a wild and explosive adventure of fighting white nationalist terrorism.

What makes Paul Shemella an excellent storyteller, is that he knows exactly what is talking. Having spent a career as a Navy SEAL and a naval officer, Paul is experienced in matters of warfare, national security, as well as civil-military relations. The time spent in various parts of the world earned him vast knowledge on politics, terrorism, governance as well as security threats of different forms and background. If we observe closely, A Perfect Union is among the novels about white nationalist terrorism with remarkable details.

In his blog, Novels about White Nationalist Terrorism, Paul writes:

“The United States began as a white European immigrant population where the institution of slavery was built into the national economy and the original Constitution.  We fought a bloody civil war to get rid of slavery, but racism persists more than 150 years later.  America is a nation based upon an idea rather than ethnic identity.  It is still a country of immigrants, but those immigrants now come from all over the world.  The United States is sometimes described as a melting pot; it is actually a mosaic, not necessarily united.  Certain groups of citizens who’d like to return us to the 18th Century wear the label “White Nationalists.”

Paul Shemella’s deep understanding of social issues is a valuable asset for writing A Perfect Union as was the case with the first book. Jungle Book is set to follow the classic and off-the-edge thrillers by Tom Clancy, Robert Ludlum, and John le Carré, but with the relevancy and current political correctness that perhaps only Paul Shemella can summon, given his rich experience in the military and in the academe.

White Nationalist Terrorism is alive and present in today’s American society, especially with the recent Milwaukee Acid Attack. That is the reason why Paul Shemella’s discussion and novels about white nationalist terrorism is relevant now more than ever. ReadersMagnet Authors’ Lounge is proud and excited for Paul Shemella and his Jungle Book Trilogy.

For more information about Paul Shemella’s Jungle Rules trilogy and other works, you can visit his website http://paulshemella.com/ today.