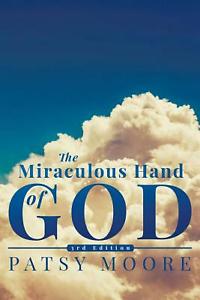 I was thinking about what to write about when it came to mind that the story of when I had polio would be great. You see, I was only 9 years old when this happened. I was so sick I did not know anything. Anyway, when mom and dad

took me to the hospital, they were told that I had polio. In those days you either were in an iron lung for life or either died. I walked out of the hospital in 2 days. That was a miracle.

You can read about it in my book “The Miraculous Hand of God” featured in readersmagnet.com.

Another story is I died at the age of 22 years old. You see I was working at the time, and I went to work even tho I was not feeling well. I got to work and, of course the first one that came to me. I started asking him questions and just stopped. I told him that I was sorry but I had to go. I was going to the bathroom and walking there I was asked what was the matter. I told them that I felt bad. I made it to the bathroom and collapsed on the bed that was there. And I remembered the lady was calling for help. The next thing I knew was I was above the ceiling and saw them all. One lady was wringing her hands, while the doctor was checking me over and he said that he could not get a reading on me.

as well. I knew that if I walked over it I could not go back.

The Lord asked me if I wanted to go or to stay. I just said “who would then raise my child” in a christian home.

There is more to the story so you can read it at readersmagnet .com . It’s “The Miraculous Hand of God”.

Of course I have many poems as well as songs that I have written and published.

Talk about the miraculous. Now here is a story you want to hear about.

Her name is Phyllis who was a roommate and prayer partner. We always know when something is going on with the other. When we need to pray, get the unction to pray for one another and then call to see what is going on.

One time, we were going home in Corpus Christ and it was foggy, foggy and of course we didn’t have fog lights. We prayed and God helped by sending a 18 wheeler with fog lights. The truck came beside beside us and we felt we were floating instead of driving.

I asked Phyllis if she feel what I felt. It felt like I was floating. She asked if I felt the peace that filled the car and I said yes. We had to get to a gas station and I wandered what we would do afterwards. Not to fear, the truck waited just a little bit from the gas station. It stayed with us all the way to Corpus Christi. It disappeared just as we got to the lights,

Another time, we were going home again and I was sleepy. I went to sleep and woke up about 15 ft from the embankment. There was no way to turn the car away in time, but God did. The next thing I knew I saw my car was facing the right direction and I was not in trouble . All I can say is Praise God.

My daughter Shari, was told that she couldn’t have children. Guess what? She has three of them.

When she had her second child, he had a lot trouble. He had to go to Victoria Tx, Hospital where he was  on 100% oxygen and was full of tubes. They told us that if he was on it for 2 weeks that he would be disabled

I would go tho the hospital, pray for him and then go to Yoakum ,where my daughter was, and tell how he was doing.

I was supposed to go to Conroe,Tx to see my mother and to support a gospel group in concert( I had met them a promoted them on the radio station that I had run for awhile) Of course, I didn’t want to leave my grandson but Shari told me to go on, I called her as soon as I get out of town and she said that she was so happy because as soon as I left, they had started to pull the tubes out of him.\I really believe that if I had not obeyed God, we wouldn’t have Ben today.