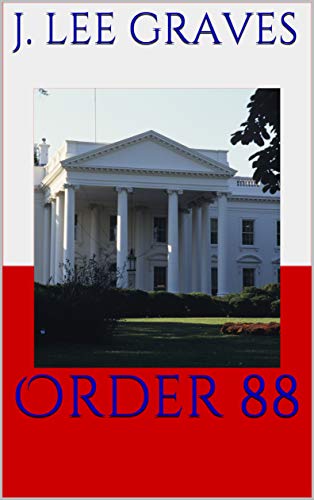 My name is Jason Graves but my pen name is J. Lee Graves. I was thrilled when ReadersMagnet reached out asking if I would like to contribute to the Author’s Lounge by writing this article about my debut novella Order 88 on Amazon.

I have written stories for as long as I can remember. In high school I wanted to be like Hemingway writing about the world and my adventures. I was an avid reader of Clive Barker, Tom Clancy, and Stephen King dabbling with science fiction but never finished anything. I joined the Air Force after dabbling about with life. As you can imagine, I am a dabbler. Well, I was.

I found focus with the Air Force and my career as an intelligence analyst which provided me the opportunity to see the world, I went to war, and eventually lived my Hemingway-life. I spent twenty-three years in the Air Force but never gave up on my dream to be an author. After I retired, I decided it was time to follow my dream and write. My tastes shifted from pure science fiction and now included horror, western, and political stories. I prefer to blend genres and Order 88came to be toward the end of Donald Trump’s presidency when I saw opportunity to combine political intrigue, my experience as an intelligence analyst, and write a realistic political horror novella.

Toward the end of 2019 as Trump began his campaign of disinformation regarding mail fraud and mail-in-ballot irregularities Order 88 nearly wrote itself. Combining his authoritarian-style and social media presence I developed the story based on his use of social media to incite violence and how a nightmare scenario could unfold.

Order 88 is about a President who refuses to accept election results and uses his social media presence to rally his extremist followers to carry out acts of violence. His simple post 88 (paying homage to Star Wars: Revenge of the Sith’s Order 66 storyline) taps into a militia movement with ties to Russia. Using my intelligence background, I developed a story of political horror to highlight how fragile our freedom and democracy are in America.

Initially my target audience was me; someone who saw the ridiculousness unfolding in the White House and across the country but then I realized the target audience was really my mom. She did not spend twenty-three years analyzing global events and national policy. There are many others like her, terrified of a national situation primed for an authoritarian like the Trump administration take over the country. I wrote Order 88 as a realistic political horror based on my experiences intent on giving readers a fright.

Writing Order 88 was cathartic for me, it emptied my mind of the terrifying thoughts I knew to be unlikely but still frightening. It ultimately achieved my goal by terrifying my mom who called it “chilling.” I hope readers understand just how realistic the events could be despite being extreme and value the fragility of our freedom. To understand how dangerous Donald Trump’s disruptive actions have been with costs to our nation that could still be very high. If nothing else I wanted to write a good novella that people enjoyed and maybe scared them a little.

As I wrote Order 88, I wanted to devise a satisfying ending, in that effort came Coles Nye. Coles Nye is a character I would like to bring to life in future stories as the protagonist using many of my military experiences and knowledge. The intent of course would be to expand on my experience as fiction much like Ian Fleming did with James Bond. Ideally Cole Nye would become my Jack Ryan.

I hope Order 88 is a success but I do not want to label myself an author of political intrigue. I have works in progress that are science fiction, western, and adventure but Order 88 is a very good example of my writing style. I like to use action to move the story. I am a big fan of Quentin Tarantino and want to bring his style of movie action to readers. I am currently reading S. Craig Zahler’s Wraiths of the Broken Land which further inspires me to continue writing what I enjoy and ultimately that is the point, right? Write what you like and everything else is bonus.

I want to thank Book Editor, Writer, and Blog Contributor Elizabeth Schultz for facilitating this opportunity with the Author’s Lounge giving me the chance to write about my novella Order 88 available on Amazon.