Miners and Pilots: Reconstructed is the Best Book Ever Written Experts Say! 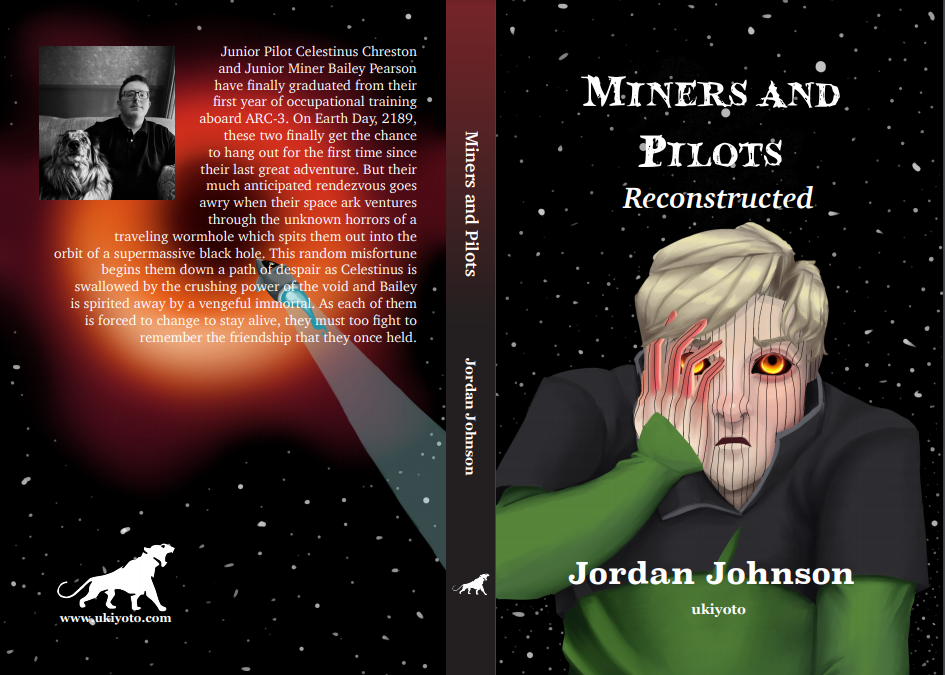 Thank you so much for inviting me here to talk about my newly released book Miners and Pilots: Reconstructed!

When I first started writing Miners and Pilots: Reconstructed, I was pretty sure that no one would ever read it. It was during the summer of my freshman year of college, and I had nothing to do. I was working part-time at my local movie theater sweeping up popcorn and mopping bathrooms when I realized that I finally had time to do something that I always wanted to do. I finally had time to write a book. So it was decided. In an empty, mildew smelling auditorium at 1:30 AM, a fledgling author stood.

Progress was slow at first. I knew that I wanted to write a book, but I didn’t know about what. When I came home the first night of my decision, I sat down on the couch in order to contemplate my next steps. That’s the precise time that my roommate asked if I wanted to watch a weird, indie sci-fi movie. Therefore, I put my planning to the side, and started to watch. The movie I watched examined the effects of deep space travel on the human psyche, and when it ended, the protagonist and his crew were sucked into a black hole. And that was the end.

There was a very theoretical article that explored the possibility that, maybe, just maybe, if there was just the right black hole, a big black hole, a supermassive black hole, that wasn’t feeding on any radiation, maybe a person could slip past the gravitational forces and enter one of the least researched areas of our known universe. Perhaps a person could survive being swallowed by a black hole.

Now I loved this idea. I loved everything about it. To go into a black hole. To see the gravitational strings of the universe intersecting with every atom and every planet. It was perfect. So I started writing.

What I wanted to talk about was there, but I couldn’t just throw someone into a black hole and call that a story. People needed a reason to be there, in the depths of space, instead of here, safe on Earth. So I did the same thing that Young Adult authors do to the protagonist’s parents all the time. I got rid of it. I destroyed the Earth (call me Jordan — Destroyer of Worlds) and fast forwarded a hundred or so years.

My book then took place in 2189 on Anthropoid Rescue Craft (ARC)-3. It took place in a word where the average human could only survive forty years before succumbing to the radiation of deep space travel. Where the captain of a population of 50,000 people could decide who gets what job, what information the public is allowed to, and whether an individual knows more than what is good for them. And of course, it took place with a black hole coming in and ruining everyone’s plans.

If any of this sounds interesting to you, then maybe my book is for you. You can blast off into a young adult sci-fi adventure (heavy on the fi!) which explores the lengths that we go through to preserve our humanity, even if it feels like our humanity no longer wants to be preserved. If not, then Falcon and the Winter Soldier on Disney+ is pretty good.

Miners and Pilots: Reconstructed launched on April 8th, 2021 on Amazon and Ukiyoto.com. It is ideal for teens in search of their next series (that’s right if you buckaroos like this book I’ll write more), and I hope that whoever reads it finds growth in themes which explore the duality of man, caste systems, biblical symbolism, friendship, and loss.