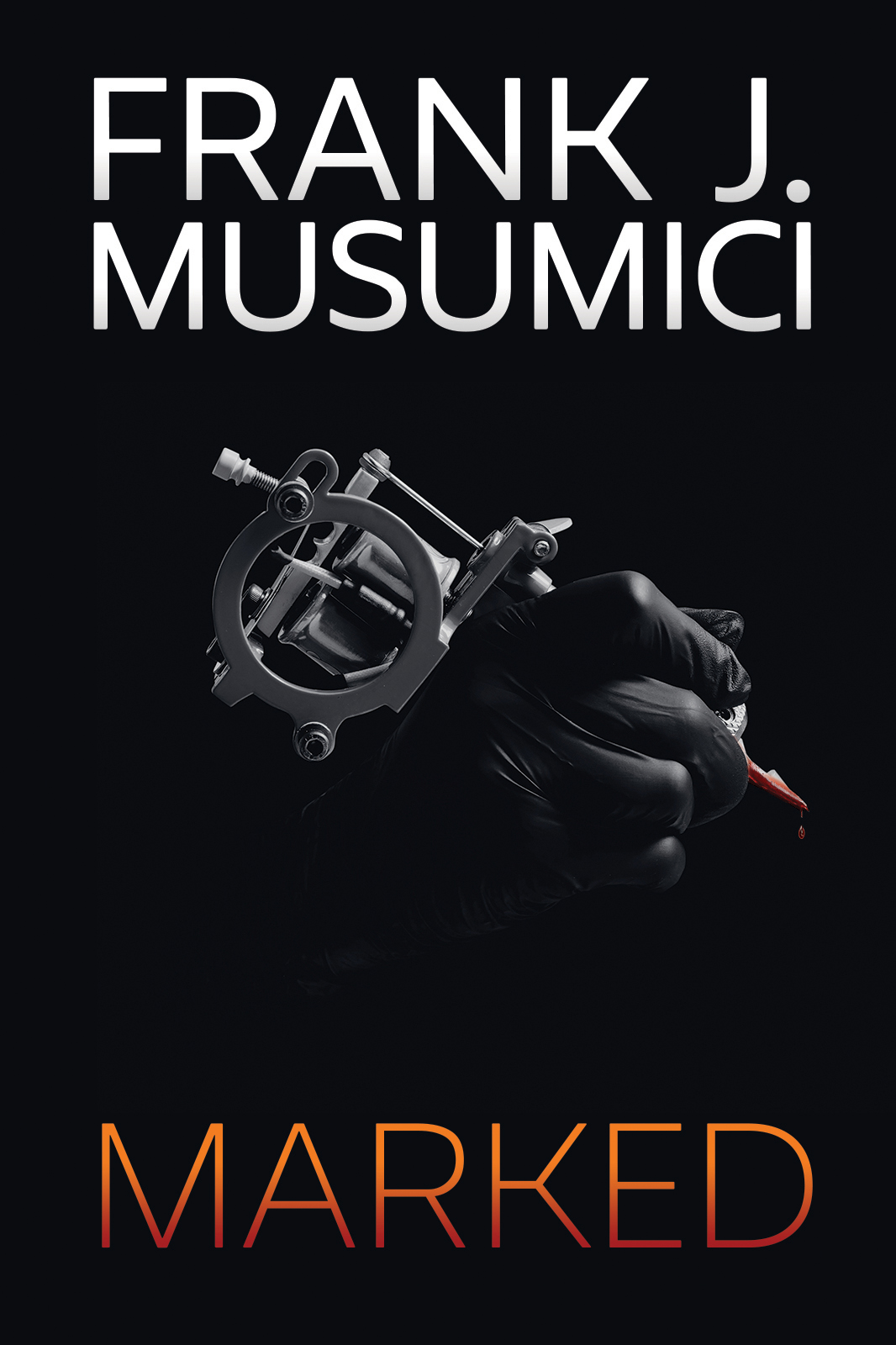 Marked is an all-out action thriller that will keep you up at night.  Take a journey with the unlikeliest of characters as they band together to search for a missing teenager. Learn how a Native American, a New Jersey mafia capo, and an FBI agent come together and try to find the missing teenager, who also has ties to the mafia capo and FBI agent.  The ensuing search will take you to the most questionable of places and characters that lead this story to a dramatic and brutal ending!

If I were being honest, writing was not on my radar growing up nor was it a dream of mine.  It wasn’t until I was an undergrad at Saint Peter’s University and enrolled in a Puerto Rican and African American Studies course.  There I was introduced to two influential writers and their books that opened my eyes to both reading and writing.  Ralph Ellison (The Invisible Man) & Piri Thomas (Down these mean streets) became and still are my two most favorite written works.  Their stories not only mirrored my life but showed me that one’s life experiences can provide a great backdrop for stories whether they were negative or positive.

As years passed, I grew to love a specific genre (commercial fiction) and its authors (Lee Child, Caleb Carr, Robert Crais to name a few). I told my wife, Michele that I could write a commercial fiction novel just like the ones I love to read and collect.  However, the only difference was it would read quickly and as if it were a movie. It would also not contain a chapter or two of what I call fluff material seen in other books.  She like all wonderful partners agreed and encouraged me.  I wrote Marked in three months but it took over two years to finally get a publisher to take a chance on it.

In Marked, I used growing up in Hoboken in the early 80’s as the template for creating the characters personalities.  Back then it was a tough town with gangs and men associated with the mob, but all in all, if you grew up in Hoboken it gave you a sense of pride and toughness.  We had a lot of fun hanging out with our friends.  In those days, and I laugh now because I sound like my parents, kids played outside and participated in all kinds of fun activities.  I remember playing whiffle ball in the parking lot of a supermarket, Johnny on the pony on my grammar school playground or bottle caps and tops in front of my stoop.  As a teenager, it I was hanging with my friends in the neighborhood park.  During the times we hung out, everyone would crack jokes about one another including friendly insults about each other and our families.

Families such as mine also were an important part of growing up in Hoboken going back to when our grandparents first settled there.  So as you grew up and roamed the streets, other residents would know which family you belonged to.  Let me give you an example, if I was walking down our main street some man or woman would stop me and ask, “Hey, you Frankie’s son or is your uncle Papo, the guy who owns the auto part store”, I would say yeah and they would respond with something like, “tell them Bobby from downtown said hello”.  Then you would either tell your father or walk over to your uncle’s and give him the message.  It might be cliché but back then everyone knew each other, good or bad, and you could always count on either getting in trouble because someone who knew your family saw you or get help for the same reason.

I used that sense of family and friends living as a large community as my guide in telling the story.  The witty sometimes crude and funny banter between the characters was also taken from how we all communicated with each other growing up in Hoboken.

Now if you read my book you’ll notice that all the women in it are tough and resourceful.  The inspiration for them comes from the strength of the women in my life such as my wife, mother, sisters, mother-in-law and grandmothers.  You’ll also see in my characters resiliency, dedication to truth, and the ability to persevere; all traits taught and learned from one’s family and on the streets of Hoboken.

Here’s a little fact about Marked, it was not the first manuscript I wrote.  The first one was also a standalone novel called, “Hunted” based in Hoboken with completely different characters more having to do with my Puerto Rican heritage.  It is also a thriller with scenes that play out in Hoboken, New York and Puerto Rico.  I’m currently in the process of making revisions so that I can send it out to prospective agents and publishing houses.

I would like to take this opportunity to thank ReadersMagnet for taking the initiative to provide unknown authors like myself the opportunity to be visible to an audience. Their Arthur’s Lounge is a wonderful way to not only learn of a new book but the individual who took the time to create it.