Life After by Sarah Anne Carter 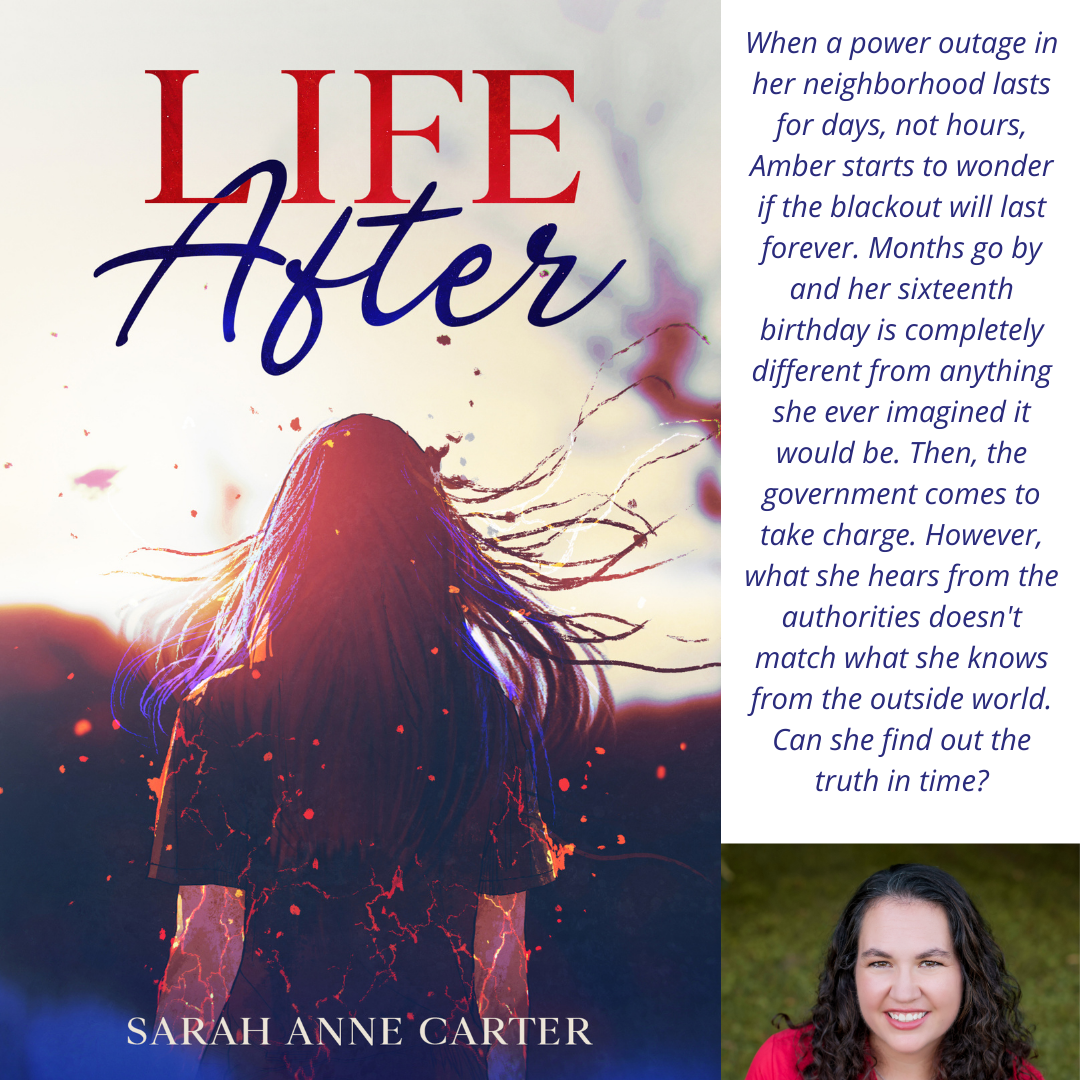 In Life After, when a power outage in her neighborhood lasts for days, not hours, Amber starts to wonder if the blackout will last forever. Months go by and her sixteenth birthday is completely different from anything she ever imagined it would be. Then, the government comes to take charge. However, what she hears from the authorities doesn’t match what she knows from the outside world. Can she find out the truth in time?

While Life After is the second novel I’ve had published, it was the first one I ever wrote. It was the book that taught me how to write. It showed me my strengths and weaknesses and my good and bad habits. I’d like to share some with you in the Author’s Lounge.

I’ve been writing stories since I was 10 years old. When I became an adult, my writing moved from fiction writing to journalism. I was able to freelance when my children were younger. When they got older, I wanted to move back into fiction, but I branched out to doing freelance blogging. I spent a few years writing posts for The Survival Mom. Learning about the world of prepping inspired Life After. I wanted to write a dystopian book that was for the middle grade/young adult age group and had some degree of hope to the story.

When writing the first draft of Life After, I wrote it over more than a year. I wrote on and off for the longest time. Every time I went to add more to the story, I had to spend so much time reviewing where I was in the story. I had a rough outline, but when the draft was done, the timeline was not correct and I had character names mixed up. Towards the end, I started finally writing almost every day and the story really started to flow. Writing was so much easier.

Life After was edited several times over. I had to make an outline and take notes so I could correct the timeline and character names. The basic plot didn’t change much but I wavered between telling it sequentially or going back and forth between Amber’s time in her neighborhood and her time at the government facility. In the end, I thought it made more sense telling the story in the order that it happened. I did change how the book ended a bit in the final revision.

I hope that readers of Life After learn about what could happen if a solar flare or EMP affected their world. Teenagers are at an ideal age to learn skills that could help prepare them for numerous scenarios in life. Plus, in emergency situation, teens are often looked upon to step up and take more serious life roles. While preppers are often stereotyped as people who live in bunkers, most people actually are preppers in some ways when they think ahead of what they need for future events. Having a snack on hand in case you get stuck in traffic or held long at a sports practice is a small way of prepping. Everybody should be a prepper.

My first published book is The Ring, a contemporary fiction novel about a military couple and the hardships they face with moves, deployments and trying to start a family. I also have a book coming out in February 2021 called Orphan Wish Island, which is a young adult realistic fantasy book.

I spent the spring COVID quarantine finishing up a draft of another contemporary fiction novel set in Alaska. I’ll be working on editing it next. It’s harder in this stressful time of COVID to get the creative juices flowing now that I also homeschool my children. I will keep going though – bit by bit and consistently.

Life After on Amazon: http://amzn.to/2QrFlWi