by ReadersMagnet | May 7, 2019 | Christian and Inspirational, Featured Article | 0 comments 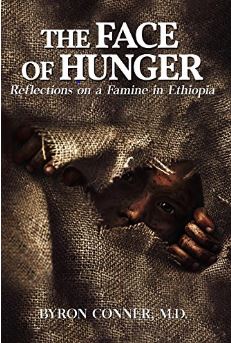 I had arrived to serve along with my family as a missionary to Ethiopia in August of 1984. We as a family would live in the capital city Addis Ababa. I personally would have to travel to various medical facilities around the country. This was not surprising as I was the director for health ministry for our church mission: The Seventh-day Adventist Church. We were in for a surprise however when we learned that we would be separated as a family for a total period of about 9 months. This included traveling to different sites around the country and a total of 6 months spent in a famine relief are in the town of Makele. We had to learn to adapt to the situation. I began my period of service in November of 1984. I did not realize when I arrived that this service period would last a total of 6 months all the time apart from my family.

This is one lesson we learned-living a part with no prior warning. In addition, at the end of my stay there I would have to cope with a recover from an episode of Hepatitis B, which I thought was going to be my final illness! While in Makale, I took care of many famine victims. The majority of them would be young children including infants and toddlers. I had to learn to do something I was not formally trained to do, but it had to be done. I learned what illnesses to expect, and how to treat them. It was a learning experience. I worked in the clinic we had as well a courtyard behind the clinic we used as a feeding center.

In the feeding center we had the people gather together for twice daily feeding times of a cereal mixture, like a large bowl of oatmeal and “high energy biscuits” which was like a packet of crackers that looked like graham crackers. It was surprisingly easy to prepare and efficient and effective way to feed people in the type of set up we had available. We had a small kitchen also on the clinic compound to use prepare the cereal mixture. We learned to have the people sit in the space provided for them in an orderly fashion and receive their daily food ration. I almost got used to seeing the often thin, wasted, mostly children who came to our compound. However, there was one person who stood out in my mind. I will call him Desta (not his real name).

I met Desta one day when the clinic/compound worker called me from the clinic to see him. He looked like a young adolescent about 12 to 13 years of age. He as the thinnest famine victim I had ever seen. The first thought that came to my mind is that there was no way he was going to survive. I had observed that when famine victims were at a certain level of wasting, they did not survive, despite our feeding efforts. Desta was the thinnest person I had ever seen. His limbs were terrible wasted.

His cheeks were sunken to the extreme. He had just been caught in a rainstorm as we were in the midst of the rain season. He shivered violently. His clothes were virtually thin rags. And he appeared almost naked. The staff said nothing, but I suspected what they thought was going to happen. They however went to the place where we had clothing stored and found pants and a shirt for Desta. They dressed him in the new clothing. He continued to shiver violently. He refused to eat the food we offered! All seemed in vain. We used our jeep to take him to a tent mission hospital Operated by Catholic Relief Services.

They took him and placed him in one of their beds. That is all we could do. We decided to return in two days. When we did, we were shocked to see Desta sitting up in bed. The doctor told me the nurses had inserted through the nostrils a feeding tube to give a liquid feeding. Desta’s appetite returned. He was now eating all he was given. Desta returned to our feeding center. He ate the two daily rations, and dramatically gained weight! He was essentially unrecognizable from his prior appearance. We were thankful to God. We learned an important lesson—don’t give up on anyone and I have carried this thought with me to this day! Keep trying as long as they are breathing, and as long as you can help! My wife and I are still involved in trying to help people in need in the Denver Metro area.