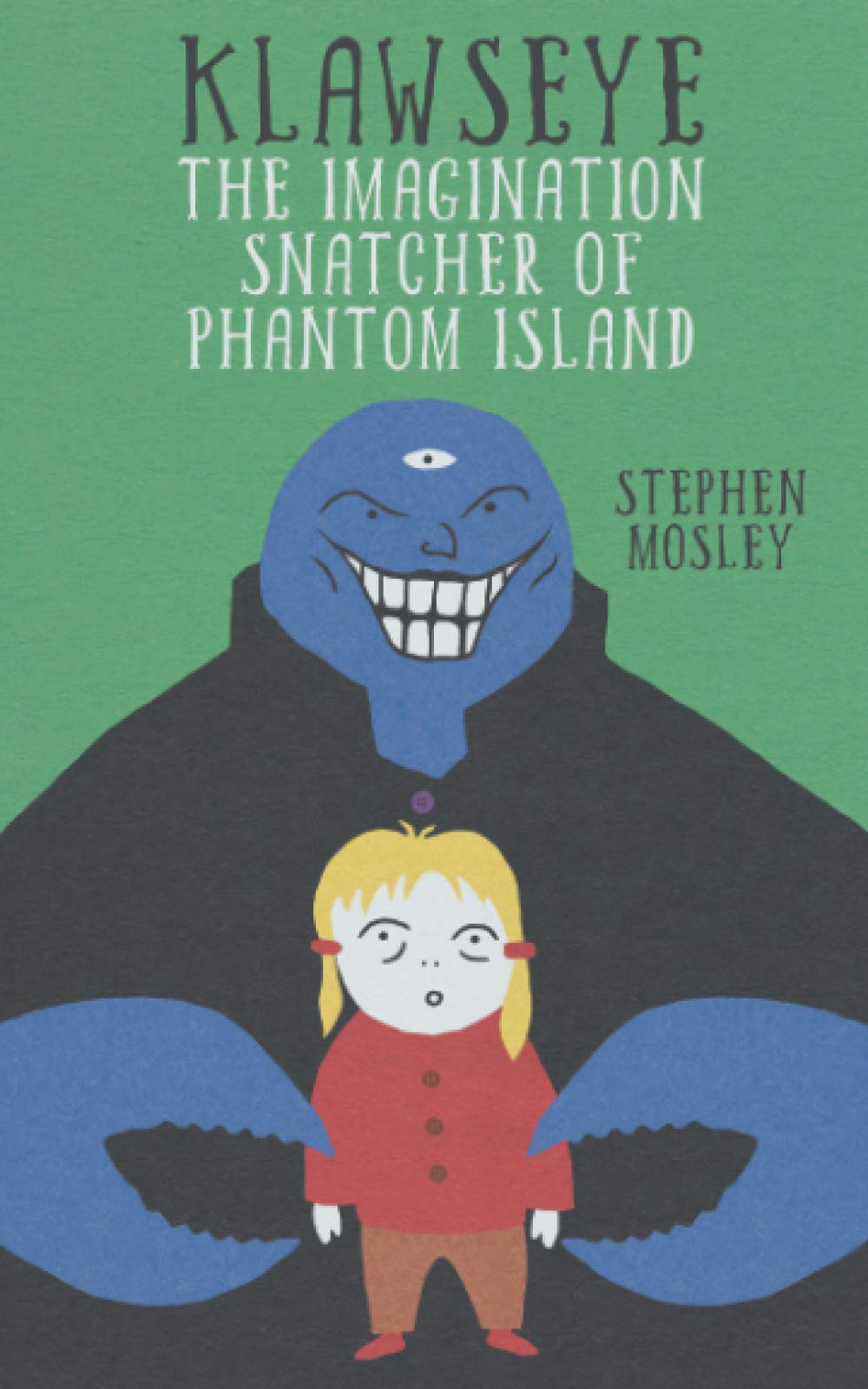 Hello. My name is Stephen Mosley. I am a British writer and actor from the wilds of Yorkshire, and I would like to thank Authors’ Lounge for inviting me to write this article about my latest book, Klawseye: The Imagination Snatcher of Phantom Island.

The story concerns 10-year-old Ellie, who has her imagination stolen by a big, three-eyed monster called Klawseye. Pursuing the creature through space, she encounters many weird characters and has lots of perilous adventures, all whilst learning the importance of imagination, and the value of a determined mind.

I wrote and illustrated the first draft back in the year 2000, when I was 19 and working as an engineering assistant. As a former art student, I had a compulsive habit of doodling grotesque caricatures on any clean scrap of paper that came my way. One such illustration depicted the monster Klawseye, and I immediately perceived him as an imagination snatcher. I set about the story straight away, inspired by my teenage fears that the world was somehow losing its sense of wonder.

I have always been attracted to the bizarre and mysterious. I love monster movies, and my favorite authors are Richard Matheson, Robert Bloch, Stephen King, Roald Dahl, and Dean Koontz. Writing is instinctive for me; it happens quite fast. What takes time is editing: I love to shape the words on the page, with clarity of expression being my main goal. I’m a great believer that, when it comes to storytelling, “less is more.”

As the years went by, I continued to redraft Klawseye between other projects. In 2005, I left the engineering company and went back to college, finally achieving my goal of becoming an actor. My screen credits include the evil Ear Goblin in Kenneth; the eponymous paranormal investigator of Kestrel Investigates; a zombie in Zomblogalypse; and a blink-and-you’ll-miss-it appearance opposite Sam Neill in Peaky Blinders.

In 2011, my first book, The Boy Who Loved Simone Simon, was published: A collection of strange tales, which I also illustrated, this was well-received, and I even performed a one-man show around the stories at Ilkley Literature Festival.

With work curtailed in 2020, owing to the pandemic, I returned to Klawseye. The manuscript had received favourable comments from publishers over the years, but they would always reject it with the frustrating caveat: “There is nothing like this on the market right now.” So, I decided to publish it myself.

I have been delighted with readers’ feedback so far. As one reviewer put it, although the book is targeted at children aged 9+: “…as an adult, I found it thoroughly enjoyable and a welcome escape from daily life.” This is a sentiment that seems to recur from other mature readers, too. My favorite review, though, comes from a 9-year-old girl named Amelia, who says Klawseye is “one of my favorites…It is just so tense and exciting. I bet the Queen would enjoy it!”

I hope that others similarly enjoy Klawseye, and that they, too, find comfort and strength from the story during these difficult times.

Klawseye: The Imagination Snatcher of Phantom Island is available in paperback and on Kindle at Amazon:

I am currently editing my next novel, which, I hope, will be out in the New Year. This is a more adult-centered fantasy, set in 1960s Hollywood. Also out in 2021 is my comprehensive biography of the actor Christopher Lee, The Loneliness of Evil, which is being published by Midnight Marquee Press. This is the result of four years’ extensive research, so I’m delighted that it’s finally seeing the light of day.