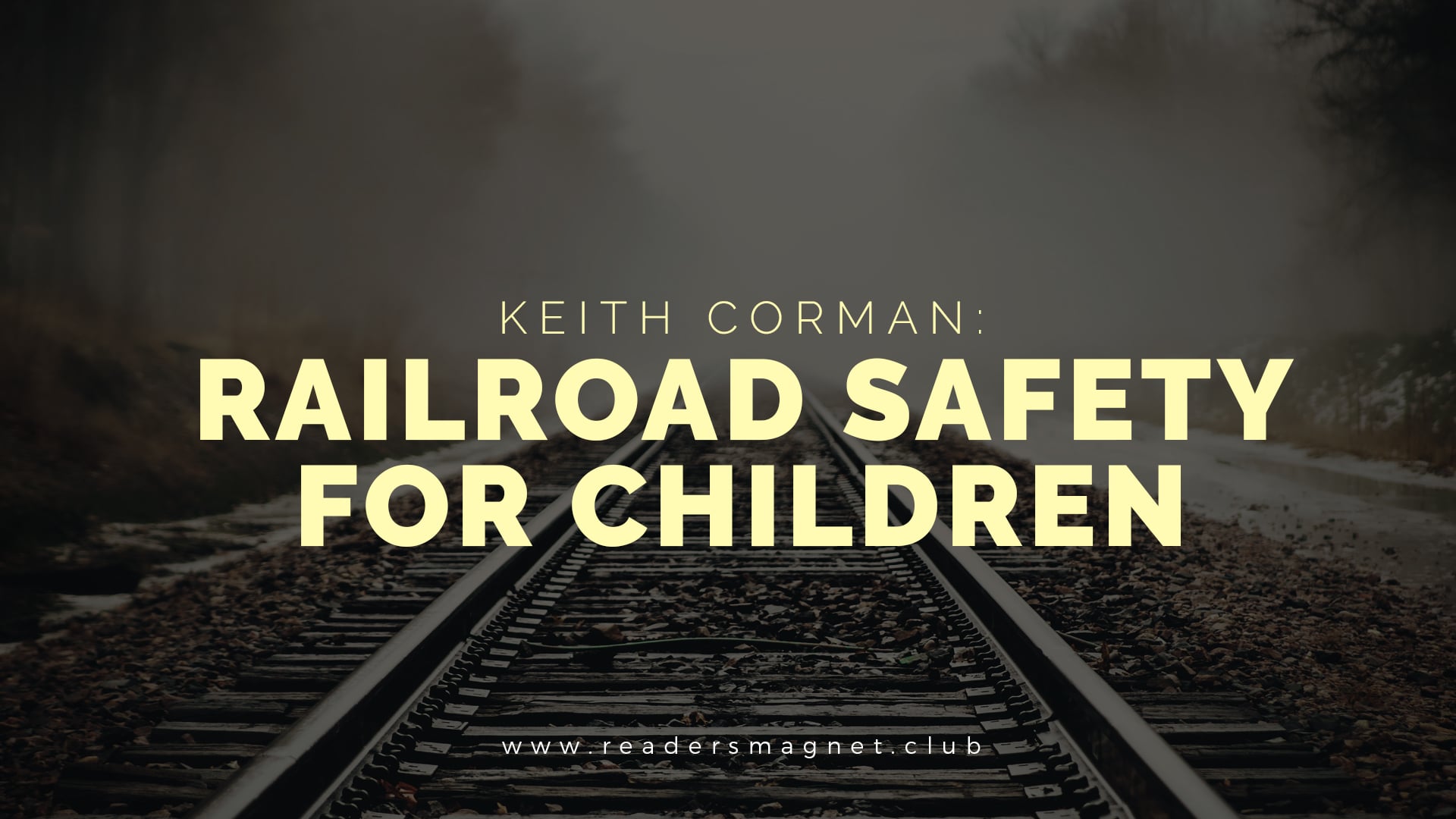 Keith Corman is a children’s book author who advocates for railroad safety for children.

Keith Corman is author of the novel Scourged Souls, a war drama set during the late part of the American Civil War. It features the famous battle of Kennesaw Mountain. This military fiction is Corman’s first full novel and his most serious work to date. However, perhaps unknown to some, Corman also wrote a children’s book and published it in 2018. Katie and Kenny Tour the Railroad is a children’s book that features railroad safety for children. Before he spent most of his life as a public servant and a political activist, Keith Niles Corman’s early passion is watching trains. After his retirement, he would visit his old love. Today, most of his time is spent doing things related to trains, railroads, and the safety of its passengers.

A fascination for Trains and Railroads

One of Keith Niles Corman’s interests is trains. His love of trains and railroads started when he was still young. As a kid growing up in Lawrence, Indiana, Keith saw trains every day. His daily sight included Baltimore and Ohio, and the New York Central trains. Keith would race every day to watch the trains pass the town. It was the steam locomotives that excited the young Corman the most during his childhood years. To this day the steam locomotives still operate. The community within the railroads are well aware of the security protocols and uphold measures to avoid railroad accidents.

Keith Niles Corman’s fascination for locomotives was constant, although he did find other interests as he grew older. Corman went into public service and spent more than two decades as a public servant. After retiring, Corman went back to his old passion, which is trains. Corman began a consulting firm that works on industrial development including the use of rails and rivers. Keith Niles Corman refers to himself as a “railfan.” Wikipedia defines the word railfan as someone who is a railway enthusiast or railway buff, a trainspotter or ferroequinologist, someone interested, recreationally, in rail transport. Keith Corman’s passion for trains and railroads can be seen in how Keith advocates for the railroad industry and takes part in educating the public on the transportation industry, especially with regards to safety awareness. Keith Niles Corman spends also spends his time taking photographs of railroads and creating model railroads based on prototypes.

Katie and Kenny Tour the Railroad

Katie and Kenny Tour the Railroad is a children’s book that features two little kittens from Catville, Katie and Kenny. One day, their father decides to take them to the train station to tour the railroad. Katie and Kenny’s father works as a railroad engineer and knows a great deal about trains and railroads. Katie and Kenny had a great time visiting the train station. There they learn many things about trains, railroads, and the transport industry. More importantly, they discover how trains operate and how important it is to follow the safety measures to avoid accidents or any untoward incident. Their tour made them realize how important it is to have good people looking after the trains and railroads. They also learn to appreciate more the value of trains in the transportation industry.

Katie and Kenny Tour the Railroad is not just an adventure read for kids. Using creativity and talent, Keith Niles Corman introduces to young readers the importance of safety measures in everything that we do. It is also a book that helps children appreciate the importance of public transport especially trains and locomotive that has been around for quite a long time and has been part of the American culture.

To know more about Keith Corman, his advocacy for safety measures in transport, and other works, grab a copy of his book, or visit his website today.