Journey of an American Son by John Hazen 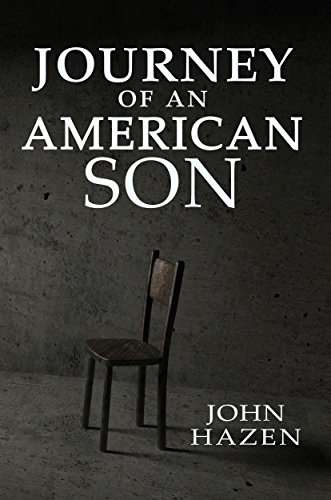 I’d like to thank Author Lounge for the opportunity to talk about my book, Journey of an American Son. The book takes place in 1920 and revolves around the life and times of a young man, Benjamin Albert. Albert is a brilliant rising star at his firm, a war hero and a loving husband and father. He is sent to India on business trip. The trip goes well until he is framed for murder and is thrown into a rat-infested Calcutta prison. When his own government turns its back on him and leaves him to rot, his wife Catherine takes matters into her own hands. She must battle a ruthless and unscrupulous corporation abetted by a corrupt colonial government to free him.

The inspiration for Journey of an American Son literally fell into my lap. Some time ago, I was going through some boxes and came upon a diary my grandfather had kept on a business trip he took from Boston to Calcutta India in 1920. He was a scientist who worked for a textile firm. He was sent to Calcutta to investigate a problem with jute, a component of burlap, that is grown extensively in that area. As one can imagine, such a trip back then was rather arduous, involving trains, steamers and even rickshaws as he worked his way across Canada, across the Pacific to Japan and then around the rim of Southeast Asia. The diary itself is rather dry—my grandfather was a somewhat puritanical New Englander, after all—but it did have the occasional nugget to keep it interesting such as encounters with lepers, geisha girls and a silent film starlet. Reading through the diary planted a seed in my brain that this would provide an ideal setting around which I could build a story.

Whenever I can, I like my characters to have traits of someone I know. It tends to provide authenticity. Benjamin Albert is an amalgamation of the personalities of my father, my father-in-law and my grandfather. His parents, Molly and Harry Albert, were created from various stories of my wife’s grandparents who emigrated from Russia at the turn of the 20th Century. Other characters— Ben’s wife Catherine, for example—come completely from my imagination. I like to create people that I would want to know. Catherine is one of my favorite all-time characters mainly because of the way she grows throughout the book. It’s not that she starts off weak but, as her world crumbles around her, she becomes a force to be reckoned with. Several people have told me that they appreciate the strong women characters I present in my books. Well, I believe that Catherine is one of my strongest.

I had to do a fair amount of research to try and make the feel for the times accurate. The book spans a generation, starting in the ghettos of Eastern Europe, through the immigrant-clogged streets of America to the Far East and colonial India. Having the diary helped a lot, but I had to do a lot of extra reading to provide authenticity to the book. I think the most interesting things I learned that I didn’t know before pertained to colonial India and the First World War. What I knew about colonial India I’d previously gathered from the film Gandhi so I had to do some reading there. And, while I’ve always been a bit of a fanatic when it comes to the Civil War and World War II, I was rather uninformed when it came to the Great War. It’s always fun for me to learn about new historical eras.

My books all fall into the genre of suspense/thrillers, so one of my main objectives is to give my readers a good story. They also tend to weave in history; so, another group of readers I aim for are the historical fiction crowd. Spanning the globe in an era of great change, Journey of An American Son takes readers from the Jewish ghettos of 19th Century Eastern Europe through American immigrant-clogged streets, the trenches of war-torn France, the geisha halls of Japan and the grimy backstreets of Calcutta.

I also like to impart bigger, more global, messages to my readers. Even though it’s set in the 1920s, Journey of an American Son tackles timeless issues like racism, anti-Semitism, nationalism and women’s rights. Since these are all problems we are still battling to this very day, I’d like to think I’m contributing in a small way through this book towards promoting a greater understanding and acceptance of each other.

Thank you again for having me. After growing up in Massachusetts and then living most of my life in New Jersey, I’m now enjoying the Florida sun with my wife, Lynn, and Airedale, Castle. I’ve published five other books: Dear Dad, Aceldama and the three-part Francine Vega Investigative Thriller series, Fava, Zyklon and Beyond Revelation and have a new book, The Correction, scheduled to come out next June. My books can all be found at http://amzn.to/2tM06Dz .