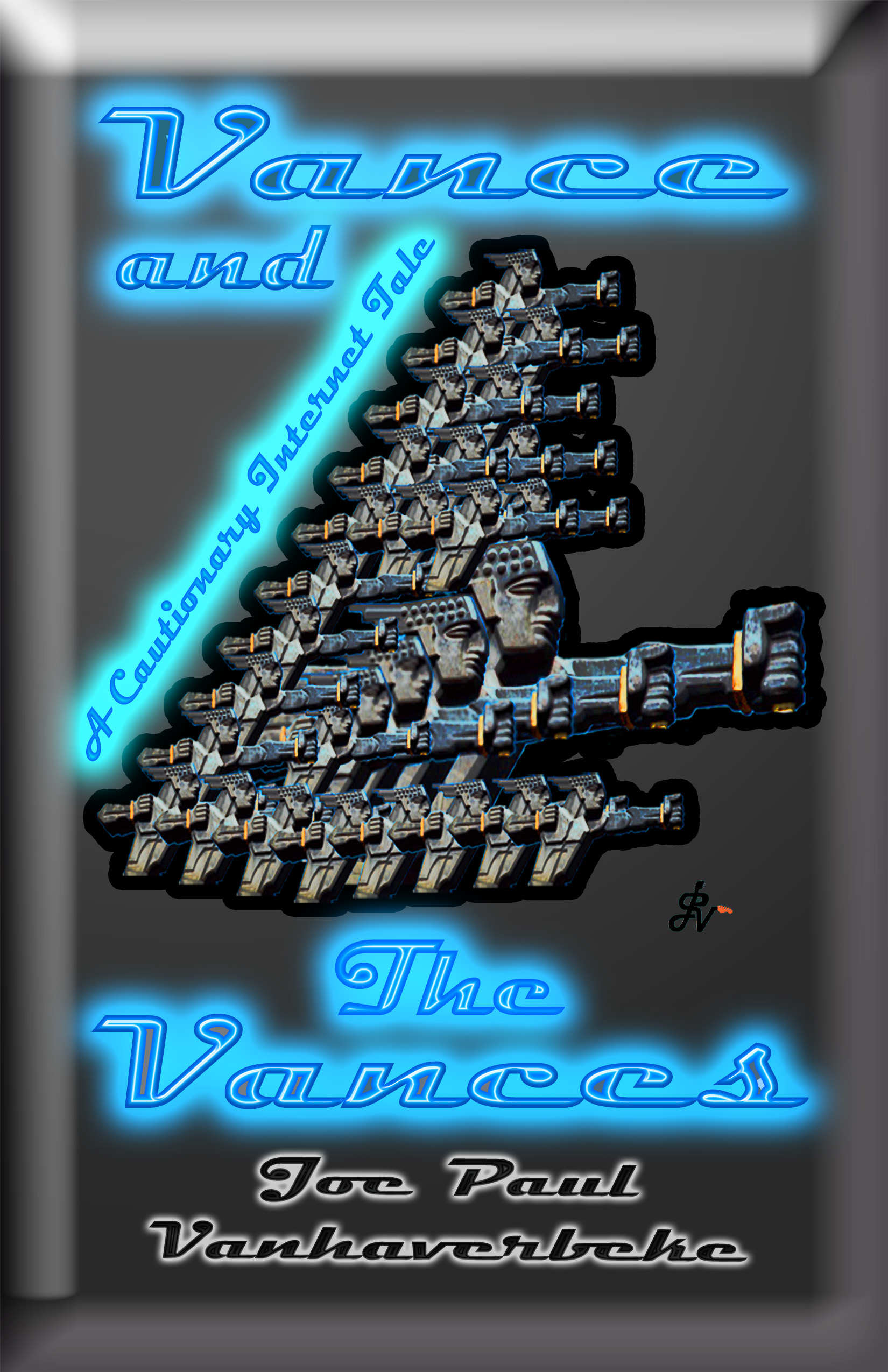 Vance and the Vances”. Such a dark cover for such a light sounding subject. Read it out loud; it flows off the tongue like red velvet ice cream in summer but with a savory flavor. A teasing mix of mixed meanings permitting a pleasurable aftertaste but with some unidentifiable ones raising questions. The Vances? The name implies more than one, but the title doesn’t give us enough to allow its scope to be divined.

Vance of the Vances. A title that sings for recognition and is inundated with je nais se que. It sounds like a ‘50s R&R band. As is, the tale’s logo is a designed mating allowing two letters and an ampersand to form a joining ethereal in its structure. A joint venture that when joined have an appeal unto themselves. V&V. A dark mystique involving a dark story not for everyone.

Jim Clarks, a small-town newspaper reporter, is sent to cover a house fire where the family of three are missing. After a disappointing interview with the sheriff, he’s just about to call it a day when the only thing from the home left standing, the brick fireplace, collapses. A photograph to accompany his nothing story allows him to see a notebook in a hidey-hole of the fireplace bricks that turns out to be for the young boy who is missing, Vance.

Jim’s treatment by the sheriff, in his mind, justifies absconding with the journal. As darkness falls, he stops at a roadside rest area where he reads by his car’s dome light and is brought into Vance’s world. One that he soon realizes isn’t a pleasant place to be.

Flipping through the pages and days, he watched Vance grow up via his diary; crude Crayola pictures evolving into words and sentences as the years passed. Its validity hard to question until Jim comes upon an entry involving Vance healing quickly from burns. Unnaturally so.

His first reaction is that everything he has read is now a steaming pile of crap, but Vance’s mention of another incident locks in his legitimacy. It’s his introduction into a cyber-hell that the young boy, Vance, was going through because of his ability. A healing gift plundered by Vance’s own parents and allowing a dark internet site, “SNUFF & GRIND”, to take advantage of his abilities for which they were paid well, and who then exploit him in what evolves into snuff films.

One Mr. Sims shows up to protect their investment. Mr. Sims is their intermediary and watchdog with some monetary gain pushing him to devise methods of getting the most out of Vance and ramping up the snuff video productions. Infinite Zero, The Grand Finale, is where things come to a head, so to speak, but this last video might possibly be the death of Vance. Betrayed by everyone, even his parents, he accepts a lifeline thrown from the voices in his head.

·         This is my link to my Amazon author page. amazon.com/author/joepaulvanhaverbeke