Joe Paul Vanhaverbeke, Please Allow Me to Introduce Myself 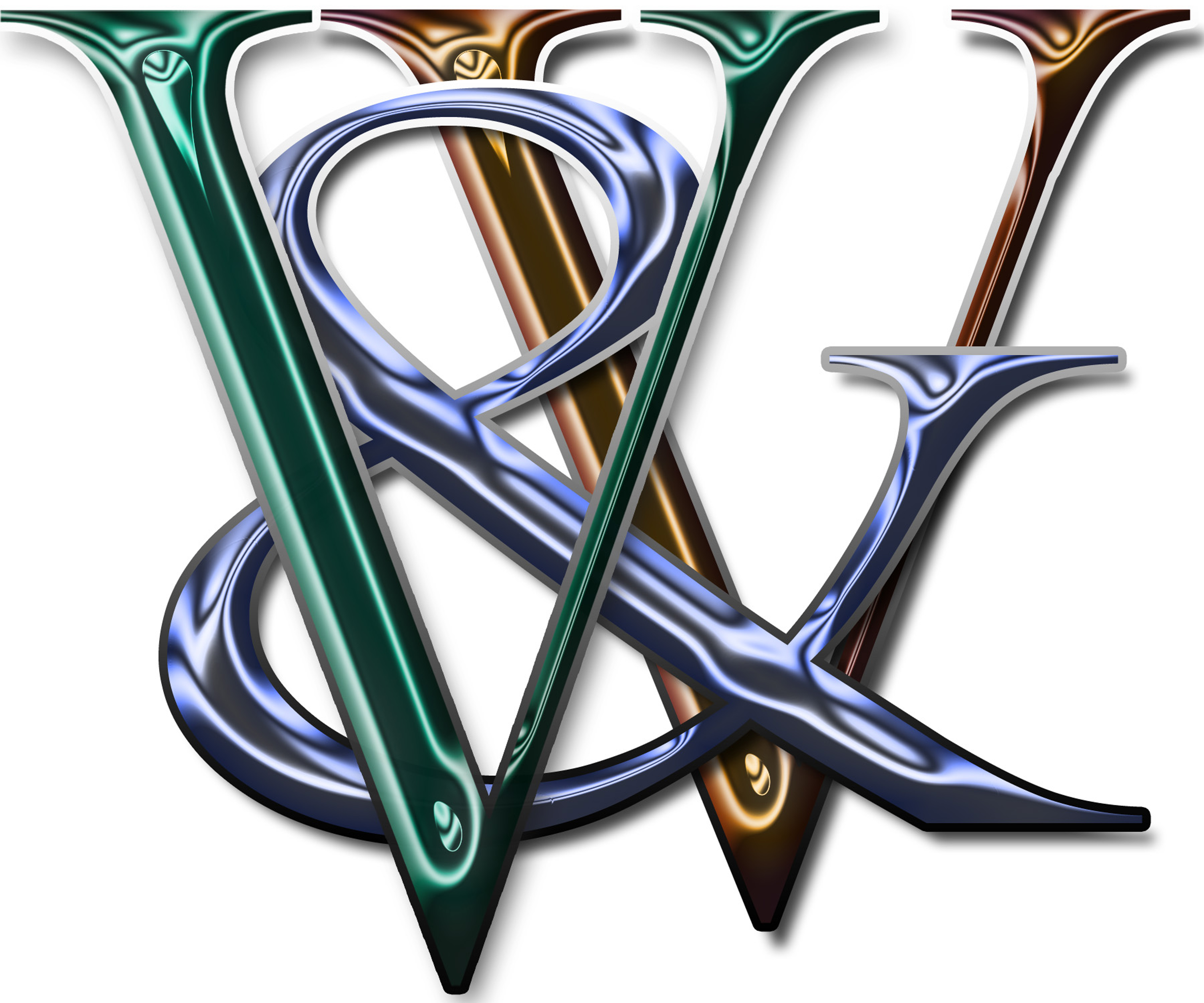 Please allow me to introduce myself. I’m Joe Paul Vanhaverbeke, musician, author, photographer, and artist. Each a way of expressing myself, just in different formats. My blogs are focused on writing as it has been my most fruitful product for the last two years. The following is from the bio on my Kindle author’s page.

My humor flies in the face of funny

And sometimes fails to get a smile

But maybe it was a smirk

I was looking for all the while ~ Joe Paul

A NOTE OF NOTE

Over the course of the last fifty years, I’ve averaged reading 60 – 65 books a year. Verifiable by the fact that I have the bulk of them in my library of over 1500 hardbacks and the rest in paperback stored in boxes. Science Fiction, fantasy, and horror are the main contributors to the wealth of styles and knowledge I’ve amassed from their reading with mainstream fiction adding to a lesser degree.

I enjoy taking a thought, breaking it down further to create something else and letting us see other aspects of it. Linking seemingly unlike things through free association and jumping from one to the next while gauging what works and what doesn’t. Looking for patterns or sequences seen as clever or leading to something unexpected. A sour note heard when the mesh isn’t right, and a spark seen when it is. Weaving in and out of ideas like going through the underwear drawer and losing the ones that didn’t stand up to inspection. (Needs a little work.)

Everything has been said before somewhere; the 100 monkeys in a room full of typewriters. I try to say it in a way giving it a flavor of my own using the above-mentioned method. (For some reason, food-related analogies often come up in my explanations). I’ve had 20,136,468 words checked with Grammarly, a spelling and grammar check program, since April 13, 2016, when I started publishing on Kindle. It shows me consistently using more unique words than 99% of their users; a form of experimental free association I utilize in several aspects of my writing.

Every story has a voice, at least in my mind. (That was written with a double meaning. One of the many plays on words LITTERING my writing if it isn’t understood. One of the many plays on words PEPPERING my writing if it is.) In a blog on the suspension of reality, I visited the voice I hear when reading or telling a story. A tone I tune into when reading. A tone I shoot for when writing. Something that I find leads my story’s telling in the direction of my intent. Humor, fear, wonder, hate, conflict, all the emotions and feelings are addressed and whose powers vary dependent on the genre in which they are used.

My creative juices have marinated long enough to render my imagination a constant supply of storytelling material. Pulling things subliminally from the 2000+ novels I’ve read. Utilizing things that flowed in a story and kept it moving, the turning of a phrase I found to my liking, or avoiding a love scene that shifted to mushy and lost me. Recognizing what worked and what didn’t.

Wording is something my OCD becomes latched onto. Finding a way to say something and bringing multiple meanings to it. Wordplay changing the meaning or adding different levels and creating the more esoteric brand of storytelling I’ve fallen into with my newest endeavor, The Burma Shave Solution.  A tale in which a gorilla is blessed/cursed with an evolutionary wonder but incapable of communicating his difference. An intelligence hidden by way of vocal cords not designed for the intricacies of human speech. Gestures making complete sense in the jungle making no sense in civilization. A set of Burma Shave signs allowing a way to express his intelligence.

Creating chapters and storylines with continuity. Making sure there was a path between point A and point B with nothing garbled in between. Not everything has to be a blow by blow description.

I built a dam, created a process to suck the radiation out of an isotope and reduce its half-life, structured a new binary language through voicelessness, took a toaster microchip through the logical steps necessary to bring it to life, built a religion around preventing the elderly from dying alone, designed a suit used so that an anti-matter person could wear it and enter the matter world without being destroyed. Damn, I love search engines.

Reading was a gathering of knowledge through osmosis. Recognizing the pearls and the gaffes in stories. How some things worked, and others fell flat. Noting structure. How the layering of a story sets up its ending like a three-act play. Setup, confrontation, and resolution.

Isaac Asimov’s The Foundation Trilogy was written as a series in Howard Smith’s Sci-Fi magazine back in the ‘50s. A miniseries strung through every publication, each with its own ending, another piece added or removed each issue to advance the plot to another level in a cliff hanger fashion. A satisfaction factor at the end of each to hold the reader until the next issue. A form I strive for when writing by trying to make each chapter a self-satisfying tidbit of the whole.

Kurt Vonnegut did this thing in his writing. A seemingly unimportant something was introduced that pops up or slides in elsewhere in a clever/humorous manner later in the story. He and Samuel Clements told tales in a down to earth manner without questioning our intelligence. They were artists painting with words in a humorous fashion allowing them to morph on command into several meanings and distorting them all but making some point clear. A folksy method in which they shared asides with the reader by way of sly interjections and methods I try to work into my stories the more I write.

Stephen King has two, The Dead Zone and The Shining, but to make them fit it became my top 11. He offers details drawing us into his story. Idiosyncrasies that make us understand a character or scene better. He shows us the backside of something so we don’t just judge it by its cover. A master storyteller who weaves us through his novels in a fashion that ties us into them but some of his books end-challenged.

Neal Stephenson’s Cryptonomicon is one of my top five favorite novels. He captured an analytical way of writing. Breaking things down in a humorous and entertaining manner, and you learned a thing or two. Observations made on common things looked at from a different angle. Shifting scenes and characters in a complicated dance with seemingly unlike partners to a rhythm running through a well-told tale. It ended with the promise/hint of a sequel that never came. I continued enjoying most of his works but he never pushed my buttons like in Cryptonomicon.

James Clavell’s Shogun took me into a world and immersed me in its essence and culture. I’ve never read anything that was as involving as the shogun and samurai way during that time period. He made sense of their morals and values, their cast system, the way they thought and understood things and told them in a fascinating tale bordering fantasy. One of my top five.

Author C. Clarke wrote Something Wicked This Way Comes and Anne Rice, Interview with the Vampire. Two tales told with controlled panache. Horror tales operating at opposite ends of the genre but very well done

Clarke’s was poetry that didn’t rhyme. Each word in every sentence was chosen with purpose and made us float over it as we read gobsmacked with an eloquence that flowed through the story and infused us with the evil before we were introduced to it.

Anne Rice captured the weirdness of being a vampire in a way I’ve never seen before. Maybe not poetry, but a tone she captured. A dark, deep one with scenes vivid and nefarious in their telling. Sitting in a room in New Orleans across the table from something that gains substance and legitimacy as the story progresses. An ancient evil she shows us parts of allowing that his evil level isn’t as high, or low, as we thought it to be, or not to be.

·         This is my link to my Amazon author page. amazon.com/author/joepaulvanhaverbeke