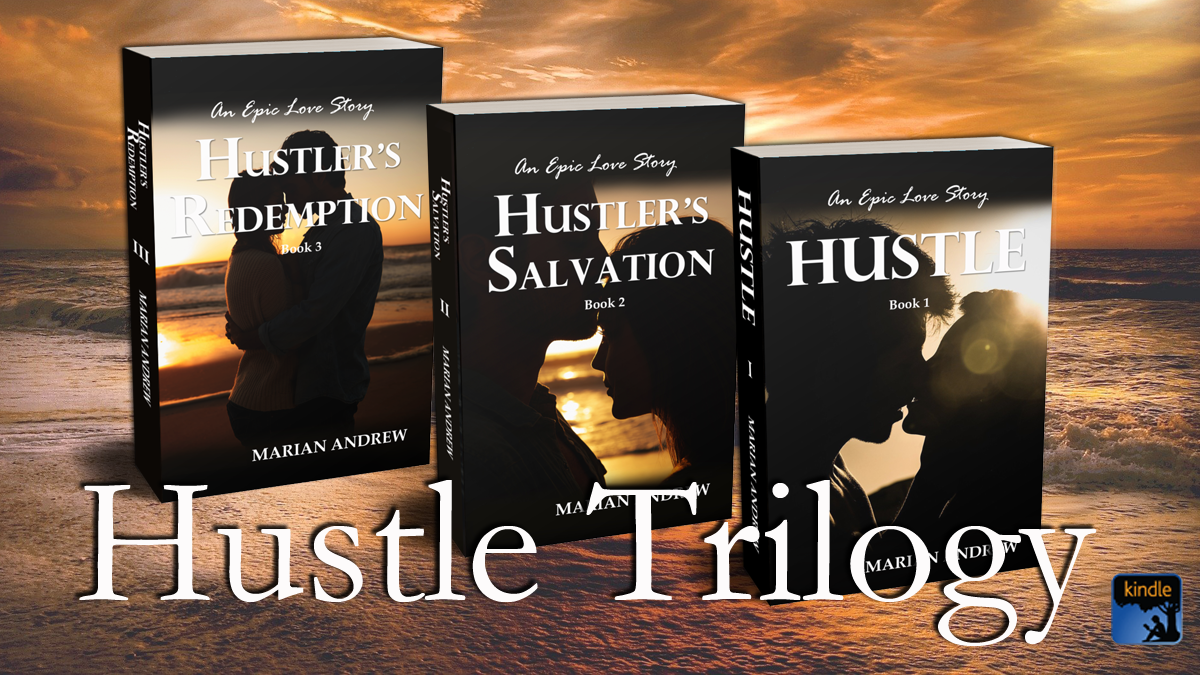 This is the second installment of the book series, Hustle Trilogy, and a continuation of the love story between the two main protagonists, Nadine and James. Ten years have now passed from where the last book left off. We see them evolve separately and mature into their own individualities and successful careers. They overcome their struggles with mental health, depression, divorce, single parenthood, and personal scruples. When they finally meet again, it’s not all daisies and roses; there is a lot of mistrust, wariness, and ambivalence existing between them.

They have both grown and evolved from the person they once were. If they are ever to rekindle any kind of relationship, they must first learn to become friends again. Nadine is assertive that she never wants to open her heart up to James ever again.

She has evolved into a self-made, successfully independent, and empowered businesswoman. She also values and ferociously guards her children as her number one priority, and her home is her private sanctuary. Regarding men, her heart is lost in limbo and views them as arm-candy to promote her business. When James suddenly comes back into her life, she is very wary of his intentions and repeatedly rejects him to the point where she will emotionally hurt and confuse him to protect herself.

There is a ‘will they or won’t they’ kind of vibe to the story and just when you think everything falls into place, the book will leave you with another twist in the lives and adventures of Nadine and James which leads to the third and final book installment of the Hustle Trilogy series.

While the book has some steamy romantic scenes, it’s not overdone, nor crude or explicit in any manner. It’s a kind of cleaner and more realistic version of romance but be forewarned it’s not for the prude-minded. Above all, this isn’t a sex story; it focuses on finding and rekindling a love once lost, it’s about true friendship and explores relationships between friends and lovers.

My inspiration came when I stumbled on a profile over Facebook that had emotionally affected me, it was a true story about a young man who had been adopted and was looking for his birth mom and siblings. He seemed very mature for his young age and appeared to have done well for himself despite the circumstances surrounding his childhood. A few nights later, I dreamed of a love story between a homeless young man who was abandoned as a child and a slightly older woman. I think my subconscious mixed up the Facebook story with my own personal situation as I am significantly older than my spouse. I recalled my dream to my husband and he said it sounded like a good love drama for a Netflix series. I took pen to paper and started writing notes about my dream and continued to expand on the storyline. Twelve hours later, I had the skeleton for an exciting love saga that I could develop into several books. The love story of James, the homeless young man, and Nadine, the slightly older woman, was born.

The book appeals to true romantics who enjoy reading love stories that are believable and relatable. There is a kind of sense of hope that when there is love and perseverance, one can overcome even the most difficult situations in their life. As a romance book, it promises and delivers beautiful people, the suppressed longing, the emotional realities of trying to connect with another person, and yes, the sex. But the book goes beyond your average boy meets girl story, there is a lot more story involved and issues that women face in their everyday lives, with their family and career.

The main title for these books comes from how both protagonists have used the form of hustle in their lifestyle and in the success of their careers. I took the word salvation from Christian literature. In Hustler’s Salvation, the protagonists need to first save themselves from the difficult and dangerous situations they put themselves in before they attempt to rekindle their love.

The third and final installment of the Hustle Trilogy, Hustler’s Redemption, will be released on Amazon in April 2021.

I was delighted to be given the opportunity to write about my book in the Authors’ Lounge. On my website, you can find links to my books,  www.marianandrew.com, and I am active on Twitter and can be found @MarianAndrew5