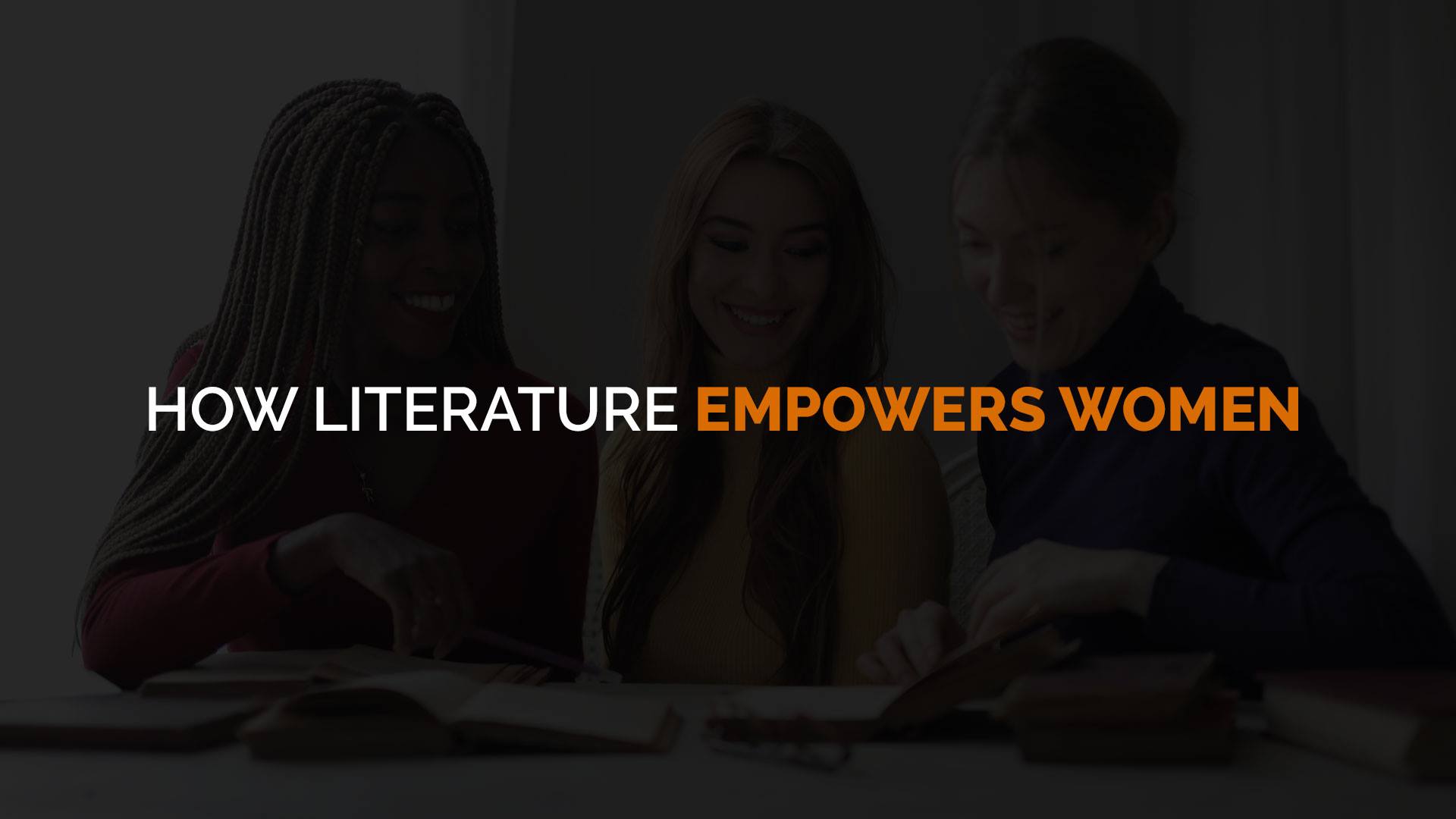 As a way of life, literature has its way of using its power to help women get what they deserve. Females are among the important units that make up our society. But because of the past traditions and beliefs, some of them are struggling to thrive in this modern world. The views towards ladies that were invented from the past were never eradicated, making competing in the world a challenge for them; however, these gender stereotypes are being defied slowly.

Many literary pieces are raising the pride of women. A Room of One’s Own, The Handmaid’s Tale, The Bell Jar, Patchwork: Conversations Between Generations, Milk and Honey, and The Witch Doesn’t Burn in This One are some of the remarkable works that highlight women and womanhood. Literature is truly a good platform that showcases the wonders of women; that said, provided below are the methods of how literature empowers females.

Literature gives women a chance to be heard

Most females are struggling to own and use their voices, especially those that are surrounded by people that still follow the past traditions. It was already known that a long time ago, ladies are mandated to do the lighter tasks, stay at home, be a good wife, and let men handle the more important things. But, it shouldn’t be that way because there are many who are skilled, wise, and can compete with the lads. When ladies are being deprived of their freedom of speech, literature is there to empower them and give them the opportunity to speak up. Women didn’t give up, and now they are being treated as beings that hold power, intellect, and strength that can compete in a male-dominated field.

Literature creates an avenue for women to be seen

Because of the gender discrimination that existed in the past, women definitely have to hustle and bustle for them to be seen. They have been stepping out of the spotlight for so long and giving way for others to shine because of the norm and belief that womanhood is all about being a demure and good wife, as well as a loving mother. Thus, instead of being taught about doing the physical works, participating in politics, being a master in the medical field, and more, they were taught how to laugh, stand, dress, eat, and interact properly. But, the modern world already created a lot of changes from what society has set.

There have been a lot of women who used their skills to be seen. Some of them turn to literary and wrote remarkable tales of courage, strength, and inspiration that ought to let the whole world lay their eyes on how women can also become integral in society. These stories have been teaching people of different gender preferences that females are also strong, capable, and independent beings. With the power of literature, the stories of women have definitely made a great impact and a lot of difference in the world today.

The freedom to fight for what they deserve, such as power, privilege, and authority, wasn’t directly given to women. There was a lot of oppression, discrimination, harassment, and abuse that happened before females were given the chance to enjoy their rights. Before everything else, they earned it and worked hard for it for the women of today and the future will never experience the unfortunate things that the elders experienced. One of the weapons that they used to fight for their rights is literature. Through writing, they expressed how women deserve to be treated equally, be seen in society, be able to create changes and be given importance. There are also those females who used their skills in writing to show the world how fairly they were treated and want to inform everyone that it shouldn’t be that way.

Literature, indeed, is a great place for women to house their ideas, voice their opinions, and make a difference. With pen and paper, females were bestowed with the opportunity to share the spotlight and enjoy the same privileges as the other genders.