HOW I BECAME A WRITER 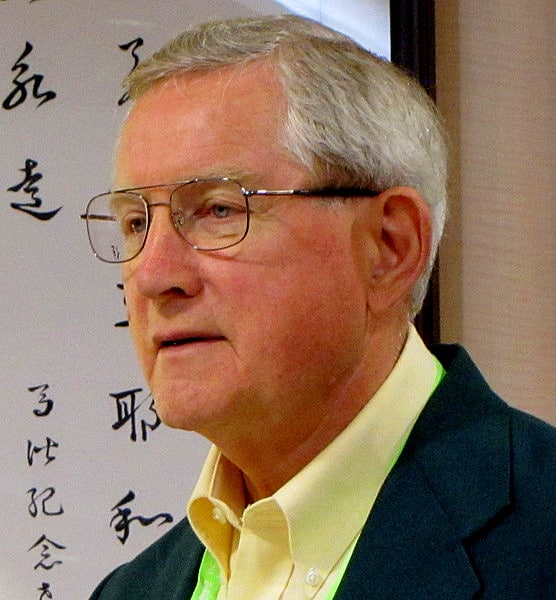 HOW I BECAME A WRITER BY Rev. Wendell P. Karsen

If my English teachers were alive today, they would probably faint to learn that I have written 15 books, four chapters in other books, a number of book reviews, scores of articles and that I even taught English at one point in my career. I used to hate English classes and got very poor grades in that subject in grammar school, high school and even college.

I wrote my first published article in the eighth grade – a short piece about Teddy Roosevelt that was published in the school bulletin. As president of the Student Council in high school, I wrote a monthly column in our school newspaper entitled “Words from Wendy” (my high school nickname).

After graduating from seminary, I served several parishes in Michigan as a pastor. I then served as a cross-cultural missionary in Taiwan, Hong Kong, Indonesia for 25 years. At one point, I became a teacher at Ying Wa College in Hong Kong where I taught English, counseled students and taught classes in “Biblical Knowledge.” The BK textbooks then in use were sterile in that they were un-interesting, devoid of attractive illustrations and geared to memorization of facts and regurgitation of those facts in examinations. I began to experiment by writing my own materials to make the subject interesting and more relevant to students’ lives and trying them out in my classes. Meanwhile, I had helped to organize a Teachers of Religious Education organization that was geared to provide additional training for BK teachers and to share ideas. When I shared mine, I was encouraged to expand them and get them published for use in Hong Kong’s secondary schools.

One thing led to another until one day a representative of a large British publishing house, Arnold Publishing, walked into my office, informed me that they had seen my material and would like to engage me to write textbooks and teacher resource materials for a five-year BK curriculum for Hong Kong’s secondary school students! By that time, I had become the Education Secretary for the Hong Kong Christian Council and spent the next three years like a monk in a cloister researching and writing these books and materials. They were subsequently authorized by the Hong Kong Government’s Education Department, published in both Chinese and English and used by some 100,000 students per year over the next decade.

Some years later, the Education Department had revised their whole approach to religious education for senior secondary students. I was asked to write an additional three volumes, with teacher resources, for use in the schools, which were published by the Chinese Christian Literature Council.

Upon my retirement from overseas service in 2000, I was invited to teach at the Reformed Church in America’s Western Theological Seminary in Holland, Michigan. This led to the revision and publication of my Th.M. thesis. I was also invited to Taiwan to receive an award for my involvement in the movement for democracy and human rights while a missionary there from 1969-1973 and was asked to write up my experiences during what was called “The White Terror” period. This led to the eventual publication by Eerdmans Publications of my memoirs recounting my overseas experiences in a two-volume work entitled The Church Under the Cross: Mission in Asia in Times of Turmoil.

Since then, I have had four more books published by Amazon – Man on a Mission: the Life and Work of Jesus, the Christ, The Lifestyle of Jesus, Christianity Under the Microscope: Is the Christian Faith Still Worth Believing in a Post-Modern World? and (hot off the press) From Advent to Ascension: A Journey with Jesus.

From Advent to Ascension: A Journey with Jesus

Enrich your life during the Advent, Christmas, Epiphany, Lent, Easter and Ascension seasons by following in the footsteps of Jesus of Nazareth – from his birth through his ministry to his death, resurrection and ascension. Be inspired by daily readings from a collation of the Gospels of Matthew, Mark, Luke and John woven into one story using the new Contemporary American Version. Enjoy accompanying articles, hymns and illustrations that shed light on the background and meaning of the readings.