Hell Itself, by Michael S. Bentley 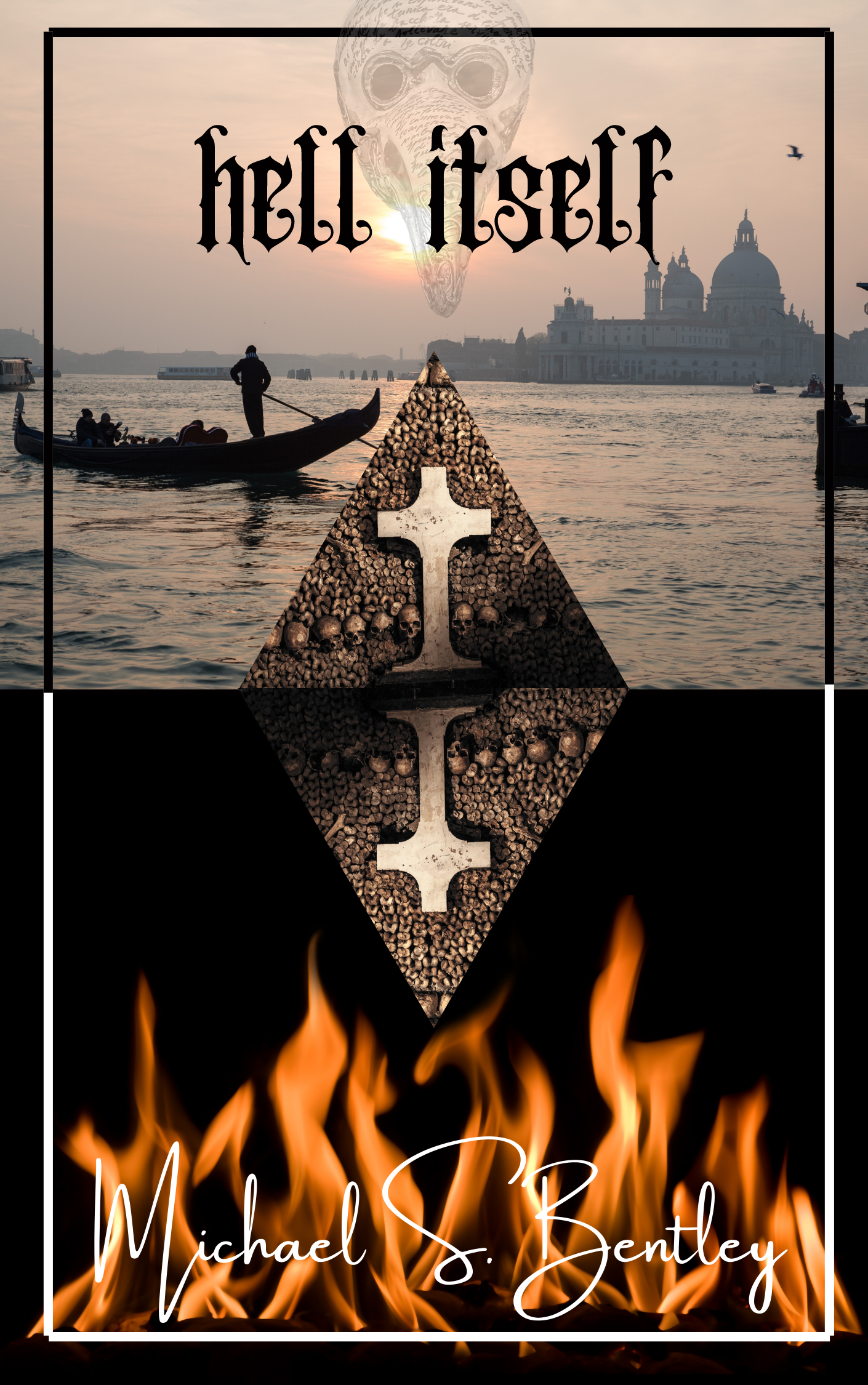 Hell Itself, the fifth novel by writer Michael S. Bentley, was inspired by a series of photographs he first saw during his recreational reading/research. The pictures depicted several different skulls with objects, namely stone or bricks, inserted into their mouths after death. The images themselves were based on superstition practices which were observed during the sixteenth century in European countries, namely Venice in this particular case, as a preventative measure to starve would be vampires. This led to further research which revealed many different methods that were employed during these times of heightened fear to dispatch the dead should they happen to rise again, and eventually turned into the vampire book, Hell Itself. Exploring the connection between Europe’s long and rich history of vampire myths and the Black Plague, the story is told in both First and Third Person Narrative and follows the journey of an American journalist who travels to Italy in search of the truth, or the legend, behind these images. What follows is a descent into a Hellish nightmare as he learns that he is on the verge of uncovering a dark centuries old secret that could prove to lead to his own demise. As with many of his previous works it is heavily inspired by dreams and in many ways it is an ode to several of the stories Michael Bentley grew up with – from Bram Stokers Dracula to Anne Rice’s Interview With A Vampire, to name a few – in both it’s structure and content. With aspects of Historial Fiction and the Paranormal along with plenty of tragedy and suspense,

Hell Itself is intended to be enjoyed by Fantasy, Horror, and Thriller fans alike and digs into many of the popular and otherwise obscure vampire mythology that originated from the surrounding regions. As with all of his novels the author hopes to tap into the raw emotion of the characters and their sense of dread, and the story itself, leaving his readers with a tapestry of images in their minds and the impression that they have read a unique and original tale that spans a variety of time periods. At this time plans for an as yet untitled sequel are currently in early development as a result of the current pandemic, and will be published sometime between 2021 and 2022. He has no plans for making it a trilogy at this time.

Michael has also began work on a screenplay based on the book as well, which will likely include sequences from Hell Itself and the upcoming sequel. This is his third vampire book after the 2017 novel The Awakening and it’s 2020 sequel, ReAwakened: The Heart of Evil. Michael Bentley has several books scheduled for the year 2021 including a 2nd Edition of The Awakening along with the third and final installment in The Awakening Series Trilogy, an untitled compilation of Horror/Thriller short stories, his first Sci-fi thriller exploring the struggle to remain human, a post-apocalyptic Action/Drama loosely inspired by recent political upheaval and religion,  his second True Crime Fiction Thriller (after the 2020 of A Simple Man, based on the serial killer Ed Gein, the real life inspiration for many popular films such as The Texas Chainsaw Massacre, The Silence of the Lambs, and Psycho), and will be the first in a series of True Crime books surrounding a central character and storyline. His first Non-Fiction True Crime project began in 2020 and will likely be published in late 2021 or 2022 in an attempt to further explore the minds of popular and lesser known serial killers, and the world’s fascination with True Crime. Aside from his literary pursuits, Michael Bentley is a father, husband, traveler, screenwriter, canvas and digital Artist, book cover designer, web developer, multi-faith minister and an e-commerce entrepreneur.

Michael S. Bentley is currently the author of 5 books, including The Awakening, ReAwakened: The Heart of Evil, Suicide Bluff, A Simple Man, and his most recent work, Hell Itself. He is currently an e-commerce Entrepreneur, Artist, Author & Screenwriter, and Graphic Artist. With over 5 books scheduled to be released in 2021, most of his work is exclusively on Amazon at this time.