Halloween in Salem by Joshua Dumas 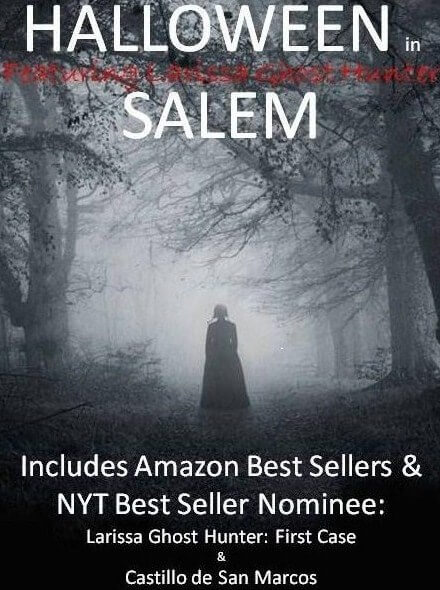 In every group there are the innocent, the good and the bad. But in some cases, there is one person who is so evil that they make the bad look good.

In the middle of the Salem Witch Trials, they found a real witch. Not a random person or person that people didn’t like and was wrongfully accused of being a witch. But one that was so evil that the people of Salem were willing to partner with witches and stop the trials in order to lock her away for eternity.

Thinking there was no trace of evidence of this event ever occurring and the town of Salem recording history how they wanted, leaving out details of her existence. They hoped she would be forgotten forever.

However, more than a century later, someone came across a single paper that detailed they events of what happened and how she was locked away.

Thinking that the witch trials were not real and thinking that witches were just stories made up for kids, they decide to go to the cemetery and remove the marker.

Finding out the stories were real, they now have to find a way to put her back…

My book is currently available at:

The idea of Halloween in Salem came to me one day when I was watching documentaries on witches and the famous witch trials of Salem Massachusetts.

When they were going over the history of the trials I was completely intrigued by the events that took place. It discussed real witches, modern witches, witches that were wrongfully accused of being witches and more. I couldn’t get it out of my head.

Then a friend of mine posted a quote, “The person who wins the war, writes the history.”

It made me think, “What if there was information left out from the trials? What would happen if a marker was actually removed from a grave?”

My mind was in full motion organizing an outline in my head. All I had to do was create some characters. That’s when I decided to use characters that I created for a previous book.

Paranormal enthusiasts, people who have a curiosity for history and the famous Salem Witch Trials.

I would like it if people would become more interested in history and the events that shaped our history.

There are so many things in our history that goes beyond what schools teach and show how we treat people who are different unkindly.

I know that this is just a book, but I hope it sparks an interest in people.

With the coronavirus going on, I am not sure what I will be doing. Normally I would like to do a book tour, make appearances on haunted tours in different locations. However, with the coronavirus still going strong, it has caused a lot of restrictions.

But, I am hoping to be doing more interviews throughout the year and next year.

I do appreciate Authors Lounge giving me the opportunity to discuss my work.

I am a paranormal researcher, I had my first paranormal experience when I was five years old (that I personally remember);

When I was five years old, I lived in Randolph Maine and every night when I would wake up, I would look towards the stairs from my bed and there would be a guy sitting in the middle of the stairs just watching me. He looked as if he was in his mid to late teens.

It was not scary or threatening. He would just sit there. Unlike movies and books, I have never had a threatening experience. However, seeing people who were not there, hearing voices and things moving on their own is always spooky.

Ever since then, I have always had an interest in anything paranormal. Which in my mind also includes folklore, aliens and more.

Nominations for Halloween in Salem:

Being a Father always comes first, then Author, Speaker, Researcher and Traveler…. Recently nominated for 8 awards for my new book “Halloween in Salem”. Follow me on Twitter