Getting a Grip on Grief | Margaret Bickford 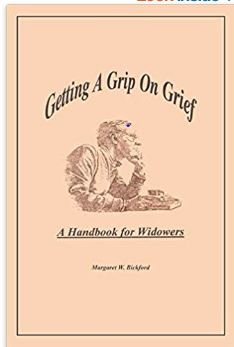 “Widowers should have resources designed especially for them,” declared Rev. Dr. Margaret Bickford, author of “Getting a Grip on Grief”. Authors Lounge is pleased to present this book as a resource to all who may be interested in griefwork.  Dr. Bickford has been a United Methodist pastor, grief counselor, and hospice chaplain for over 35 years.  She is a graduate of Wellesley College, Episcopal Divinity School, and Boston University School of Theology.   She has made presentations for the College of Chaplains, and Association for Death Education and Counseling

Dr. Bickford’s work with bereaved persons began in the early 1990s when she served as pastoral and bereavement Counselor at Lourdes Hospice, Paducah, KY.  There she viisited numerous bereaved husbands and male family survivors.  She also organized and founded a grief support group for men, whose contributions provided much insight and wisdom.   During these years, Dr. Bickford noticed that there were few, if any, written resources for assisting men through grief.  Meanwhile, her work toward a doctorate in pastoral theology at Boston University provided an opportunity to write such a resource.

This book, “Getting A Grip on Grief” which was published in 1997. is designed to be “user-friendly”, concise, action-oriented, and practical, in the style of a handbook rather than an essay.  Dr. Bickford discovered, especially through her grief support group, that most men would rather be informed about specific tasks and goals, active in their experiences and their coping, and doing something that made a difference.  This book is written to meet those preferences and to acknowledge the realness and importance of men’s grief.

The various chapters of “Getting a Grip on Grief” are presented chronologically, beginning with a man’s situation before the death of the loved one, and what to do during it, if it is expected. The next chapters deal with surviving the initial shock of the death, and what needs to be taken care of around the time of the funeral (or closing customs).   Then the few days and weeks after the funeral are considered. for not only tasks but also feelings and reactions in griefwork.   Later, in the months that follow, this “handbook” talks about what to expect, either of self or of others. It concludes with suggestions on how to cope with life without the deceased, and how to rebuild one’s life afterwards. 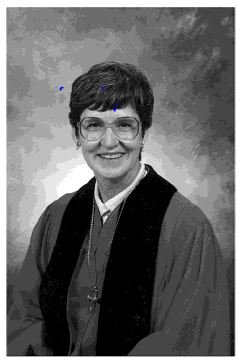 Rev. Dr. Margaret Bickford, author of “Getting a Grip on Grief”

We close this introduction with an invitation, not only to those who grieve and their families and helpers,  but also to those who have not yet lived through such an experience.  Most human beings will have to live through deep loss at one time or another. They may find it helpful to know something of what to expect.

“Getting A Grip on Grief” was first self-published in 1998. with a  second edition published by Authorhouse in  2006:  :  www.authorhouse.com