Five War Memoirs to Read This May 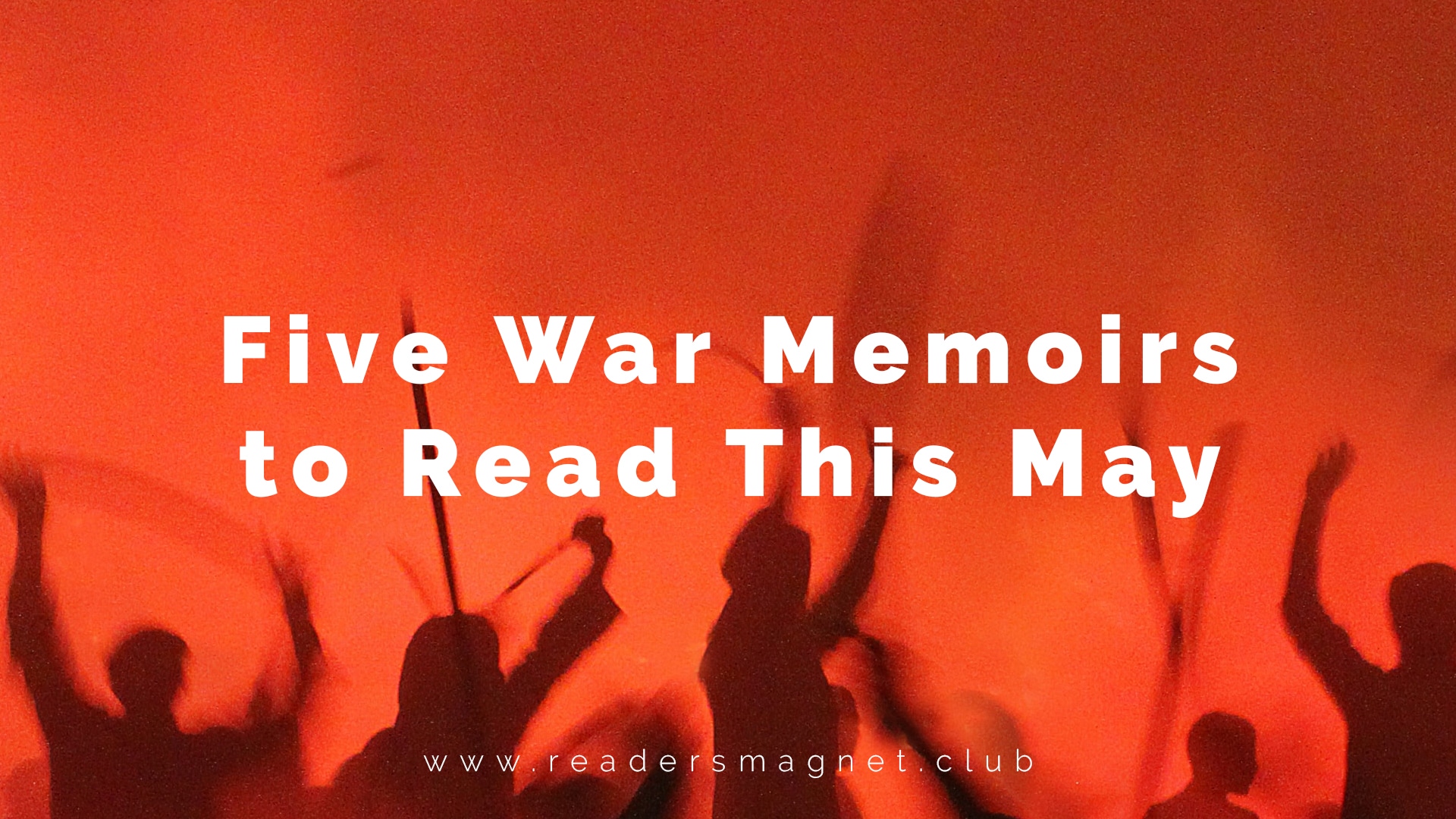 ReadersMagnet put together five interesting war memoirs to read this May.

War memoirs are exciting and insightful at the same time. The stories paint the reality that we hardly know or notice and feature emotions that we often take for granted or dismiss. What makes memoirs unique is that they are real events told by those who experienced it first-hand, and that reason alone deserves our interest. Here are five interesting war memoirs to read this month of May.

First published in 1978, Naples ’44: An Intelligence Officer in the Italian Labyrinth is a book by British travel writer and novelist Norman Lewis. The books are base on a diary that Lewis kept while he was still a member of the Field Security Service, a branch of the British Army Intelligence Corps. The entries cover the period from September 1943 to October 1944. Lewis operated in Southern Italy during the said period. The book highlights the sufferings of the civilian population of the city of Naples. Lewis’s account of the realities of war is so vivid that the book is considered by many as one of the most important personal memoirs of the Second World War.

The Railway Man by Eric Lomax

The Railman is a memoir published in 1995. It is a riveting account of a prisoner of war and the horrors he endured during his captivity. Eric Lomax was taken prisoner by the Japanese during World War II. He was assigned to work on the notorious Burma-Siam railway. Lomax helped build a radio to follow the news about the war. Upon being discovered, he was subjected to two years of brutal punishment- starvation, and torture. Eric would never forget the interpreter present during these sessions. Fast forward to fifty years later, Eric learns that the interpreter is still alive. Through the letters and a meeting with his former torturer, Lomax finally comes to grip with his past and learns to forgive those who responsible for his torment. In 2013, a movie adaptation was made starring Colin Firth and Nicole Kidman.

Weapons of War is a collection of love letters written by Robert E. Wright during his 1969-70 tour in Vietnam. Wright wrote to Barbara Hampton about the dangerous search-and-destroy missions, and other experiences including clearing remote landing zones. Weapons of War is a soldier’s story about hope, faith, and love. It was these letters that kept Robert sane despite the separation and anxiety. Robert’s letters to his would-be wife are filled with longing and passion. Robert’s books are both an account of the Vietnam War and a testament to his devotion to Barbara who never left his side until the latter died in 2002. Weapons of War is a pleasant and inspiring read.

With the Old Breed by Eugene Sledge

This 1981 memoir follows the combat experiences Eugene Bondurant Sledge (November 4, 1923 – March 3, 2001) during the Second World War. Sledge was a member of the United States Marine, a university professor, and author. His book With the Old Breed: At Peleliu and Okinawa was the basis of the famous documentary The War, released in 2007 as well as the miniseries The Pacific, released by HBO in 2010. Eugene Sledge served as 60 mm mortarman while part of K Company, 3rd Battalion, 5th Marines, 1st Marine Division and has seen combat in the battles of Peleliu and Okinawa. This highlights the battles and struggles of infantrymen in the Pacific.

The Rommel Papers edited by B. H. Liddell-Hart

Considered by many as one of the brightest German general and strategist, Johannes Erwin Eugen Rommel, served a field marshall in the armed forces of Nazi Germany. The Rommel Papers is a collection of his wartime journal entries. The book contains accounts and chronicles on various military engagements and campaigns that participated by Rommel during his long career in the Nazi. The famous “Desert Fox” wrote extensively, almost daily and would narrate the events of the day as well as his personal opinion and feelings on various subjects. Thus, The Rommel Papers offers the first-row seat of Hitler’s inner circle and military command. Erwin Rommel died-by forced suicide at Hitler’s command in 1944.