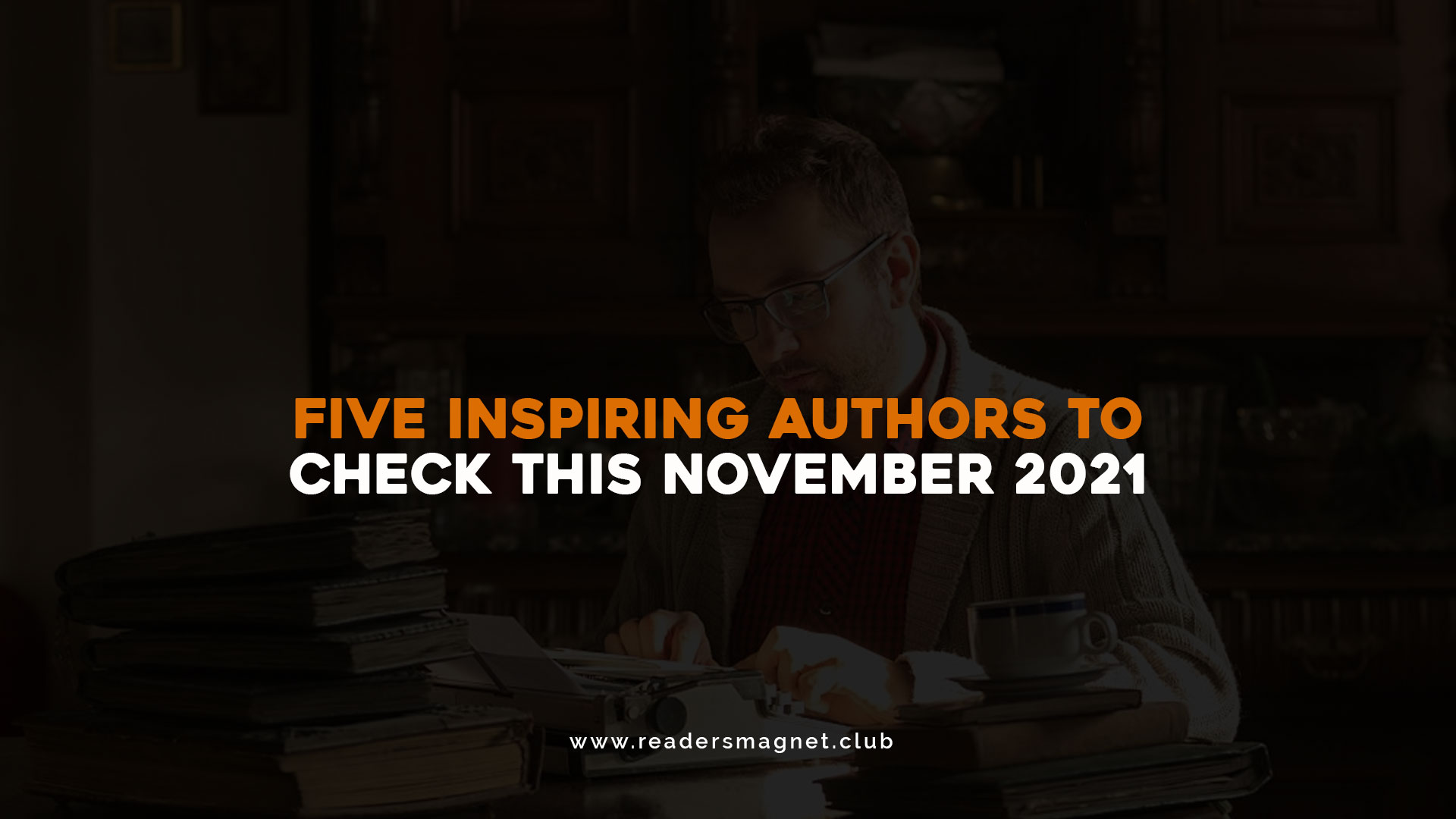 ReadersMagnet presents these five inspiring authors and their works to check this November.

Nelson Fowlkes is a retired Lieutenant Colonel and co-author of a Corporate Health Risk Management System published in the Journal of Health Care Marketing. Fowlkes is the author of the inspirational book Overcoming Adversity: Resetting Goals. A splintered childhood, financial challenges, and the harsh inner-city life did not stop Nelson Fowlkes from achieving his dreams, building a stellar military career, and becoming a successful businessman. As a biochemist, Nelson Fowlkes served the United States Army Medical Service Corp for twenty years. After his time in the military, Fowlkes focused on a second career in health care and established and managed nine primary clinics in inter-cities of Los Angeles County. His life journey and the key to his success are the main focus of his book released in November 2018.

Daniel H. Pink is an American author, TV host, producer, and former chief speechwriter for Vice-President Al Gore. He has six major works under his name; four of them are The New York Times Bestsellers, including Drive: The Surprising Truth About What Motivates Us, published in 2009. In this revolutionary book, Pink shares an astounding discovery- human motivation is largely intrinsic. The book argues that motivation can be divided into three areas that will result in a positive increase in performance and results. These areas are autonomy, mastery, and purpose. The book features studies about employee performance, compensation, and work levels. Published more than a decade ago, Daniel H. Pink’s Drive remains a relevant read, especially for corporate leaders and workers.

Tiffany Dufu is one of today’s leading figures in the women’s leadership movement. She is the founder and CEO of The Cru, a peer coaching platform for women looking to improve their professional and personal growth. Dufu is the author of the memoir, and motivational book Drop the Ball: Achieving More by Doing Less. Published in 2017, Dufu’s biography also serves as a manifesto showing women how to cultivate the single skill they must possess to thrive- the ability to let go. Drop the Ball comes as both a personal recollection and a collection of advice for women to stay in the game, be mentally healthy, and rise above society’s expectations and challenges. Drop the Ball is indeed an empowering read for all women out there.

Brené Brown is an American professor, social worker, lecturer, author, and podcast host. She hails from San Antonio, Texas, and holds the Huffington Foundation’s Brené Brown Endowed Chair at the University of Houston’s Graduate College of Social Work. Brown has spent many years studying the topics of courage, vulnerability, shame, and empathy and has authored numerous books on empowerment, self-improvement, and rising above adversity. In 2015, Browne released Rising Strong: How the Ability to Reset Transforms the Way We Live, Love, Parent, and Lead. The book features real-life stories and situations in the hopes of providing readers with practical lessons on how to approach particular challenges in life. Rising Strong remains one of Brown’s most exemplary works.

Elizabeth Gilbert is the famous author behind the bestselling book, later adapted into a blockbuster film, Eat, Pray, Love. The 2006-memoir sold over 12 million copies with over 30 translations. After Eat, Pray, Love, the American author, and journalist later released two more books, including the 2015 self-help book titled Big Magic: Creative Living Beyond Fear. In this inspirational work, Gilbert shares the lessons she has learned as a writer and gives her readers general advice on living a creative and fulfilling life. The book is divided into six remarkable chapters that readers will surely enjoy and absorb: Courage, Enchantment, Permission, Persistence, Trust, and Divinity. If you are mesmerized by Gilbert’s first book, you will surely adore her most recent work.