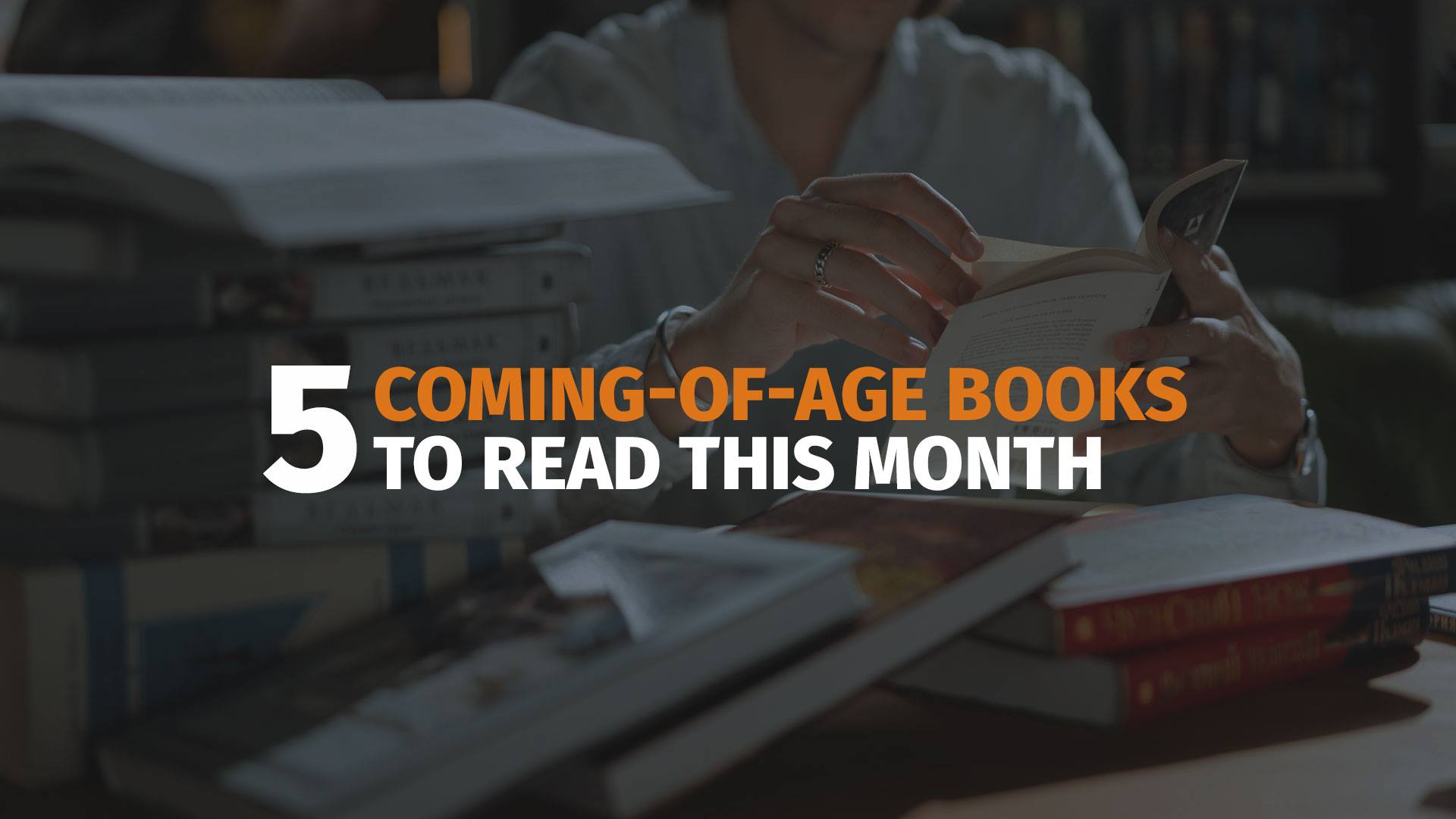 ReadersMagnet lists out the best coming-of-age books that are a must-read for the month of October.

Everyone undergoes the coming-of-age phase. Some cultures even have coming-of-age ceremonies. This universal human experience has been depicted in many books. Coming-of-age books appeal to teens and adolescents the most. Many enjoy this genre due to how readers can relate to the main character’s transition from youth to becoming an adult. Here are five must-read coming-of-age books for October.

You Exist Too Much by Zaina Arafat

You Exist Too Much is the first coming-of-age book in our list. This is author Zaina Arafat’s debut novel published just this year, 2020. This story is all about a 12-year-old Palestinian-American girl who tries to heal from the psychic wounds left and passed down to her by her mother. This girl is known for her cheekbones and miniskirts. The story started one hot day in Bethlehem, she was yelled at by men just outside the Church of Nativity due to her exposing her legs in the biblical city. This is an act deemed forbidden by these men. Their judgment reflects through her adolescence. Soon, the main character and narrator of the book confesses to being queer to her mother. Her mother’s response as “You exist too much” intensifies the sense of shame for being who she is. A book about self-discovery that will captivate its readers.

In a period of time where people of a different race are rising up to support our African-American peers from social injustice, Earl Robert Key’s book Strong Boy, Weak Man is the perfect book to pack a punch on how black lives do matter. This tells the inspiring story and growth of Michael DeAngelo. The book showcases the struggles and perseverance of this young man amid the poverty, family, and adversities, especially racism. His hopes of finding his own place in the world are conveyed to readers. Michael or better known as Mike’s story is his rising, falling, and redemption despite hardships. From Mike’s poverty-driven lifestyle in Mississippi to his glamour-lit lifestyle in Memphis. The character of the book, Michael DeAngelo, will reveal to readers his intense motivation, drive, and determination during the worst times of his life.

To Kill A Mockingbird by Harper Lee

To Kill A Mockingbird by Harper Lee is a classic coming-of-age book from the 1960s. The story was set in the mid-1930s during the Great Depression. It took place in a small fictional town of Maycomb, Alabama. The narrator of the story is Jean Louise Finch, better known as Scout, who is a 6-year-old tomboy who lives in the sleepy town with her lawyer father and brother, Jem. Scout along with her brother and friend tries to make Boo Radley, their reclusive neighbor, to come out of his house. Boo was not seen outside his home since he was a teen. This story deals with sensitive issues such as rape and racism. Scout’s father was to present as the lawyer for Tom Robinson, a black man, who was wrongfully accused of raping a white woman. The development of the trial as narrated in the story is conveyed in a way somewhat in the childlike eyes of the narrator. Atticus Finch, the father of the narrator, serves as the moral hero of the story.

Looking for Alaska by John Green

Published back in 2005, Looking for Alaska is the first novel of John Green. This story revolves around the unpopular main character Miles Halter. Readers are shown how one person can have an impact on another person’s life. Miles or Pudge is done with a safe and non-eventful life. He wants to change. Thus, he decides to enroll in Culver Creek Boarding School, a school that is nothing but boring. And that is when his life turned from safe to the exact opposite. There he met Alaska Young. A gorgeous, clever, funny, self-destructive, and screwed up young girl in the same school. This seemingly fascinating girl brings Pudge to her world a world into the Great Perhaps.

The Young Team by Graeme Armstrong

The last coming-of-age book on our list is Graeme Armstrong’s novel. The Young Team is a book containing a lot of laughs, mischief, loyalty, violence, and drug addiction. This story tells the realities of life for Britain’s teens and adolescents in this era. This book revolves around Azzy Williams young and out of control life. A boy ready for everything and anything for his friends, gang, and young team. The story explores the many themes of adolescent confusion and camaraderie. The story of the book is loosely based on the author’s personal experiences.