Fascinating Books about the Vietnam War 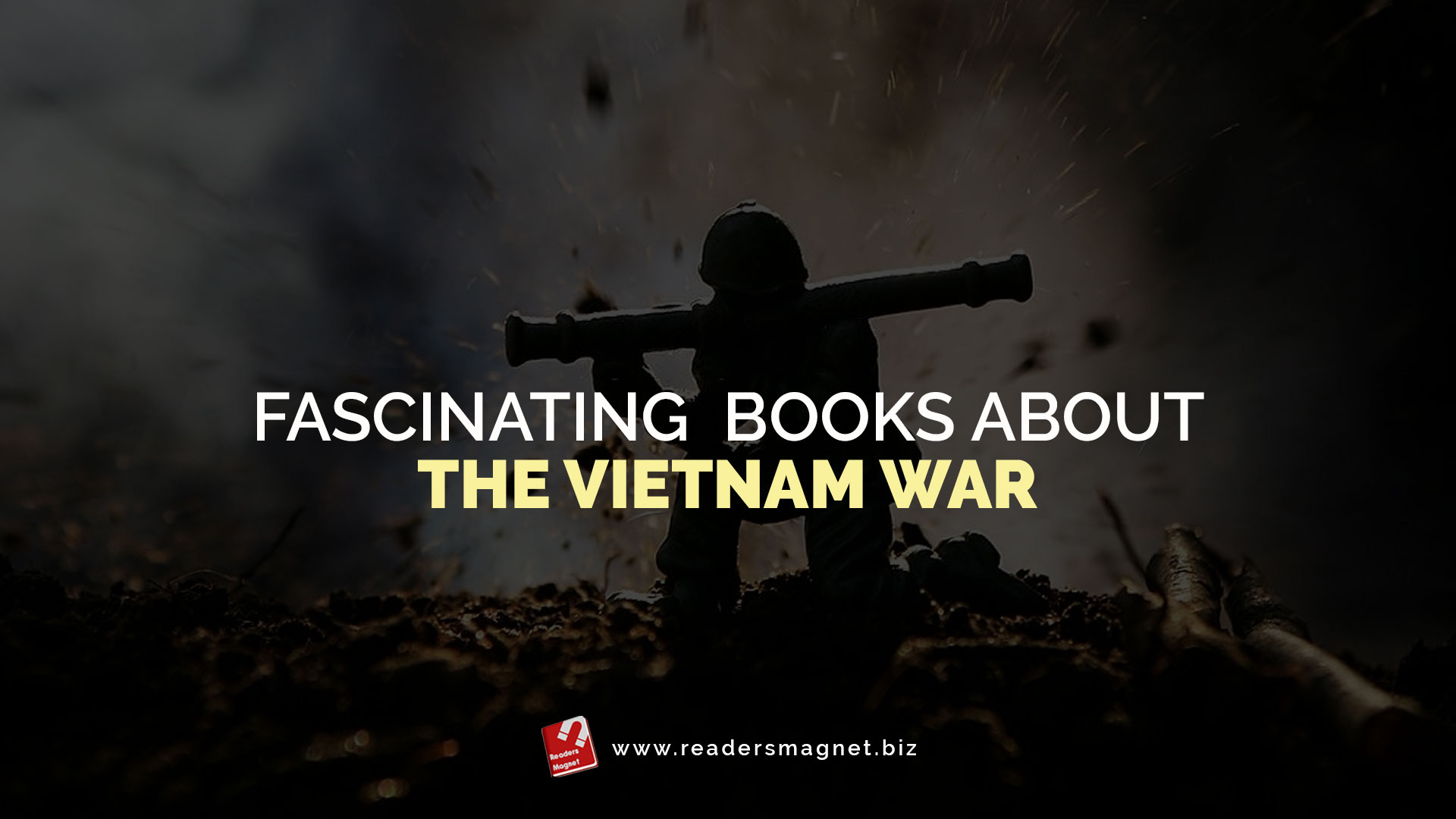 Every war has a unique story, and within each war’s story, there are thousands of other stories waiting to be heard. Most of us with a relative who fought in other wars have heard their accounts, but most Vietnam vets were made to feel as though they should not share their stories. The society was especially unforgiving on our servicemen and women when they came home, making them feel as though they had let down the country. Facing numerous difficulties and discriminations, returning heroes were looked down upon and not given the psychological support they needed. Many opting to retreat within themselves and never telling their story. However, this time around, they deserve to be heard and listened to. Thus, ReadersMagnet lists down five books, fiction and non-fiction, about the Vietnam War.

Below are books about the Vietnam War from all perspectives.

Published in 2010, A Vietnam War Reader is an essential resource for those interested in learning about this historic conflict. Unlike most materials, Michael H. Hunt made sure to provide both sides of the story, the Americans and Viets perspectives. It is nuanced balances, and the selections are rich and full. This provides insightful overviews of the conflict, issues, and major players of this war. Michael’s broad knowledge are most helpful in illustrating what it was like during that time. A Vietnam War Reader is a real eye-opener on the nature, war heroes, the fallen soldiers, the impact of fighting, and the long-term consequences of the conflict on both sides.

Donut Hole by RC LeBeau is an absorbing and definitive account of a young man who goes off to the Western world’s most divisive modern conflict. Serving as a marine, the author hold no bars in presenting a heart-stopping story of his personal experience that may or may not align with other vets. This book destroys the fantasy that one side or the other held the moral high ground or the devastating folly. This is not the typical shooting and heroics, instead, it is portrays a realist portrait of a tour of duty for many American soldiers. We’ve seen a shelf-load of histories, memoirs, and novels on the Vietnam War but Donut Hole pulls all these genres together in a highly readable and vivid narrative that will become the standard on the war storytelling for many years to come.

If I Die in a Combat Zone by Tim O’Brien

From the bestselling author of The Things They Carried, Tim O’Brien offers a one of the best yet most disturbing story on this “shameful” war. The author takes readers with him to experience combat from behind a foot soldier’s rifle and explore the ambiguities of morality. With care and eloquence, this personal document is a beautiful and painful even for those who weren’t there in the battlefield. This tightly written work is in honor of the many American soldiers serving in Vietnam. If I Die in  a Combat Zone is the perfect resource for those wishing to gain modicum of insght into the mind and experienced of our vets.

The End of Ambition by Mark Atwood Lawrence

Unlike the rest of the books on this list, The End of Ambition focuses on the groundbreaking story of how the Vietnam War thwarted U.S. liberal ambitions in the developing countries and at home in the 60s. Mark insightfully analyzes the evolution of the foreign policy towards third world countries. He provides a stellar investigation into the demise of liberal agenda. The book shows how Johnson and his advisors, beset by cynicism and domestic opponents to portray the consequences that reverberate to the present day. The End of Ambition transforms readers understanding of this pivotal time in American history.

On Full Automatic is an account of the author’s service during the war. William narrates how he, who was merely eighteen years old, enlisted in the military to help put a stop to the bloody conflict, but what he got was far more than he prepared himself. From a traumatic first fight to the horrors the mind brings, he reveals in raw and honesty what it truly means to walk the path of a warrior to sacrifice, and to live a lifetime with the memories of war. One can never understand what it was like without physically being there, but the author does a great job in transporting readers to this great conflict. Lastly,just like William V. Taylor Jr., this book will have you questioning: was the war really worth it?