Experience the horror: It That Has No Name 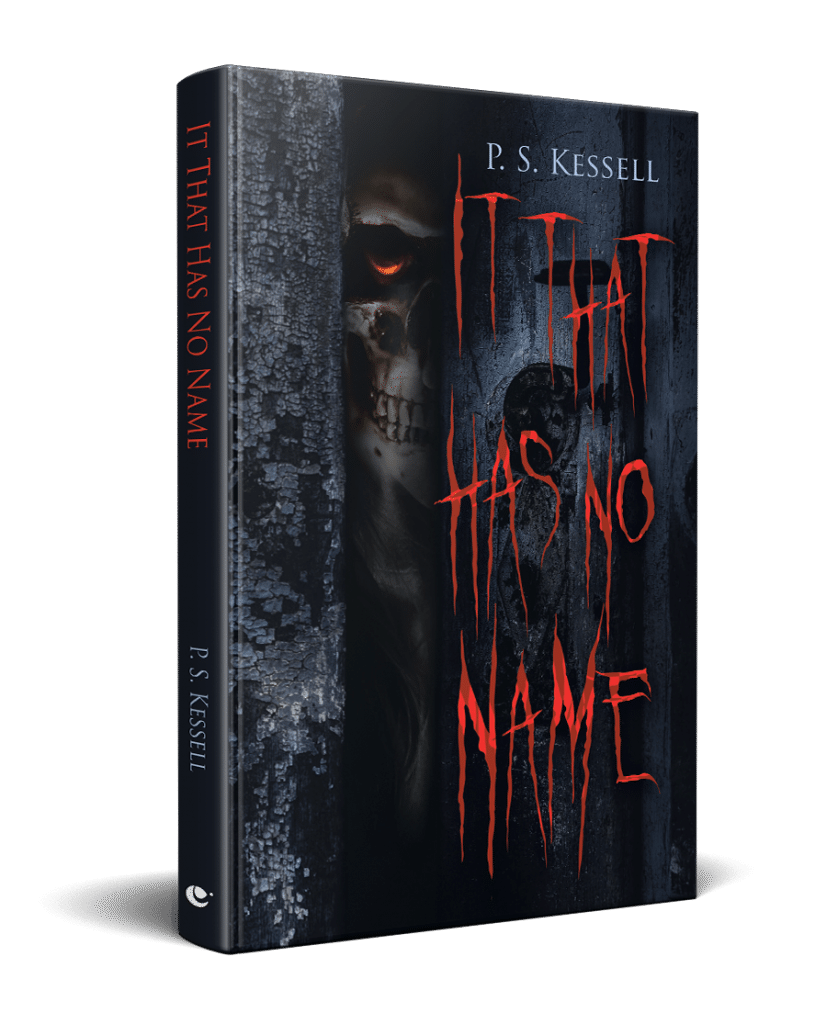 Welcome to the wonderful world of horror here at the Authors’ Lounge! I’m P.S. Kessell, and my debut novel, It That Has No Name, was released in January 2020 with five-star reviews on Amazon.

This horror novel is about a teen-age girl named Katie who decides, along with her friends, to throw a party in a house that has a history of unexplained deaths and mysterious occurrences under disturbing circumstances. The protagonists must survive the night against a formidable foe, It That Has No Name. It is an upper-level demon who sits at the right hand of Satan himself. During the course of the novel, the readers learn this information and soon realize that It is nearly invincible. Bodies begin piling up when Katie discovers she has ancestors who were witches, and she has inherent gifts that are awakened as she fights to defend herself and her friends. It takes the lives of Its victims by playing off of their greatest fears. Sometimes, the victim experiences threats and turmoil that only the victim can see and hear. At other times, a few of the characters could witness what was happening to a victim and others could not. Then again, at some points, all of the characters could see and hear a victim’s death. It is capable of freezing the characters, preventing them from offering aid to one another during their attack. The power and abilities of It make survival an incredibly challenging endeavor.

The book can be purchased at this link if you are interested in finding out what happens to these teen-agers in this wicked novel.

As the author of this novel, my goal was to bring to life a terrifying story that would remind readers of the slasher tales of the 1980s. I wanted to create an antagonist who truly terrified the reader and seemed almost invincible. This debut novel is the first of a trilogy. The second novel is due to be released by March 2021. The novel is titled It That Has No Name II: House on Highway 89. The second novel serves as a necessary bridge between the first and third novel. You will still have a group of young people in their early twenties who decide to spend Halloween night in the house on highway 89, a house with a history of unexplained deaths and mysterious occurrences under disturbing circumstances. Yes, that house! They plan their party, knowing the history of the house and hoping the house would offer up a simple scare or two. They are in no way prepared for the terror they awaken in this house. It That Has No Name has returned with a malevolence unforeseen by the town of Salem. The novel can be almost viewed in three parts: a close to the first novel, the party in the second novel, and the lead into the events of the third novel. Just another exciting tale of woe in the town of Salem for the horror reader!

Just to share a little about me! I love horror anything—movies, TV shows, books, poetry and art! I read, watch and write only in the horror genre. The horror movies of the 1980s sparked my love and interest learned that I loved to be scared.

Other than my fascination with horror, I spend my time reading, writing and vacationing in Mexico. Nothing beats getting to watch the sun set in Puerto Vallarta or getting to swim in the Caribbean blue waters of Cancun! I have two children, Jim and Bre, who are adults now, and I live with my life partner, Chris, in Fishersville, Virginia.

As just a final thought, there is nothing better in times like these than to pick up a book and escape into another world for a little while, so I encourage you to find the joy of reading any book that appeals to your taste. Sit down and enjoy reading it. Live in another place and time in the fantasy world where an author takes you for a few hours. Reading is great for reducing stress. Enjoy a great book.