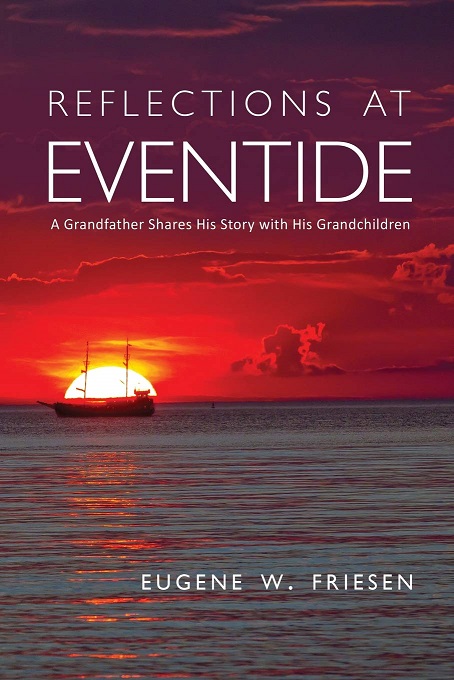 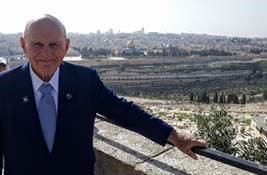 Eugene Friesen received his Ph.D. from Michigan State University and the Doctorate of Ministry from the Jesuit School of Theology at Berkley.  He served as an U.S.  Army Chaplain  for thirty five years – five years on active duty and thirty years in the military reserves.     His active duty included two years with the 82nd Airborne Division as well as an assignment in Europe.  His reserve military duty included nineteen years on the faculty at the US Army Chaplain School and Center.

His tenure as a psychologist included serving as a Director of a psychiatric ward at the Veterans Psychiatric Hospital at Battle Creek, Michigan and later as the Director of a Mental Health Center located in Lansing, Michigan.   He spent twenty years in the private practice of Psychology in Tucson, Arizona.

After retiring from his psychology practice, he served as a United Methodist pastor and is an active Rotarians.  He was extensively involved with water projects in Thailand.  He also traveled widely as a psychology lecturer on cruise ships.   He has been a member of the Sons of Orpheus Male Choir for the past twenty years.

When I was in mid-life I asked my parents, whose Mennonite parents had immigrated from the Ukraine, about their history, I was surprised by their inability to articulate very much about their past.  In addition to the stress and strain that every immigrant group has experienced in integrating into a new culture, my paternal grandparents had also been ostracized from their Mennonite heritage.    In light of my parent’s difficulty to reflect on their past inspired me to attempt to chronicle the twists and turns in my life.

A host of life changing experience is described in the book.  Three experiences profoundly challenged the provincial way in which I initially viewed the world.  Serving as an Army Chaplain immeasurably broadened my horizons.  Becoming a “jumping padre” with the 82 Airborne Division, in spite of a terrifying fear of heights, in many respects, was a delayed puberty rite.

Perhaps the most dramatic move in my developmental shift came from my experiences with the Trio Indians in the Amazon jungles who had no awareness than an outside world existed.  The Trio, classified by many as being primitive, had a sophisticated language that not been written.  They became my teachers in ways that I had never anticipated.

Other influential experiences included my work as a psychologist, becoming a member of the Sons of Orpheus Male Choir as well as my long time involvement in Rotary International.

I am aware that many people intend to tell their stories, but years pass and their intentions become a passing dream.  I would be pleased if those not directly related through bloodlines would be inspired to share their stories for those who will follow  them.   I have a hunch that their progeny will want to experience the richness of knowing their connections to their families of origin. In a larger sense, we are all connected.