Esprit, The Dawn of a New Superhero 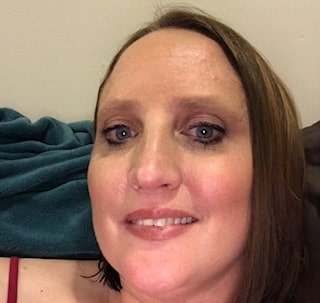 Again, thank you to Authors’ Lounge for giving me this opportunity. Of the five books I’ve published, the one of which I’m currently most proud is Esprit, The Dawn of a New Superhero. It’s the first of a trilogy, the sequel of which I’m working on now. I had a professor in college who’d start every new semester off with the same question: what would your superpower be? Everyone else had normal, and in my opinion, boring, answers. Flight, invisibility, ability to read minds, super strength. Not only did all these superpowers already exist, but they wouldn’t do me any good. Flight? Meh. I mean, it’d be cool to travel, but it’s not like I ever had any money to spend once I got to wherever I was going.

Super strength? Meh. I have no need for it. Besides, I kind of like to earn whatever little muscles I have. Super speed? Again, no need. Where am I going that I can’t just get there when I’d get there anyway? Like those cars that cut you off then get stuck at the same red light. Ha ha! Mind reading? Maybe before Facebook I might’ve been intrigued. Besides, strangers tell me their life stories anyway. It’s slightly awkward, but you learn to roll with it. Mind control? Not at all. I don’t want that kind of power over others, nor do I want the accountability for their actions. As a woman, I’m already blamed for all of society’s ills anyway.

Invisibility? I couldn’t be invisible if I tried. I know most writers are introverts. I used to be. Until about 12. Now I’m an ambivert on the side of extrovert. Every English professor gives the assignment of eavesdropping on a conversation and writing about. I majored in English in college. And communications. But I could never eavesdrop. Something would pique my interest, and I’d join in, and before you knew it, I was the awkward stranger telling someone my life story.

What was the superpower I needed? I was taking a hundred classes, 99 of which would serve me no real purpose in “the real world” (which I didn’t know then I would never reach), but I needed to graduate. Speed reading. If I could touch a book and absorb its contents as if I’d read it, that would be a useful superpower.

A friend asked if that superpower extended to humans as well. That opened up a whole new realm of possibilities. But that idea just kicked around my head, dormant, for fifteen years. Until…… until I was diagnosed with MS and fibromyalgia.

After you become disabled, you become homeless. That’s just the trajectory. Some good friends kept me off the street. But I still ended up in a nursing home. I was that bad off. I got slightly better and moved to an assisted living. From there, I realized that I had no future because my body had betrayed me. I hadn’t earned it. I regretted not doing drugs. I regretted avoiding relationships. So I jumped into a relationship with a man more dangerous than heroin, but thankfully, less addicting. Because he had a house. I was in the bargaining stage of grief. If I live in a house, I’ll be able to take care of myself again. Not that that worked, and I’d revisit that stage again many times. Grief is not a linear process, and I was grieving my body, my life before chronic illnesses
took over.

I fell in love with his son. I still miss him. The man, not so much. I’m the type to call people out on their bullshit, and I expect the same from them. But I knew he couldn’t handle it. So I didn’t. For a few months. When I finally did, I saw such a flash of anger behind his eyes, I knew, if he’d had a loaded gun in that moment, I’d be dead. I also knew that if I’d been afraid of it, it would’ve energized him, and the moment would’ve stretched long enough for him to get and load a gun (he had many). It was an eternity in a nanosecond. I wrote about it on my blog.
https://awkwardmshug.wordpress.com/2017/01/16/woo-hoo/

In that flash, I saw so many things that science can’t explain how it happened so fast, and I’m not sure religion can either. In that infinitesimal amount of time, I seemed to realize a lot about him, and even more about myself. I always knew I wasn’t afraid to die. But that proved it. You don’t get to choose your reaction. I don’t know if I’d accepted my mortality or my immortality, as energy never dies, and we’re all made of energy. When I’d had time to ponder it, I realized that if my superpower existed, absorbing knowledge through touch (I’ve named it absorption), that’s how every touch would feel until she could control it. As much as I don’t love MS or dating narcissists, there’s a silver lining to everything. The birth of my trilogy was a silver lining to those.