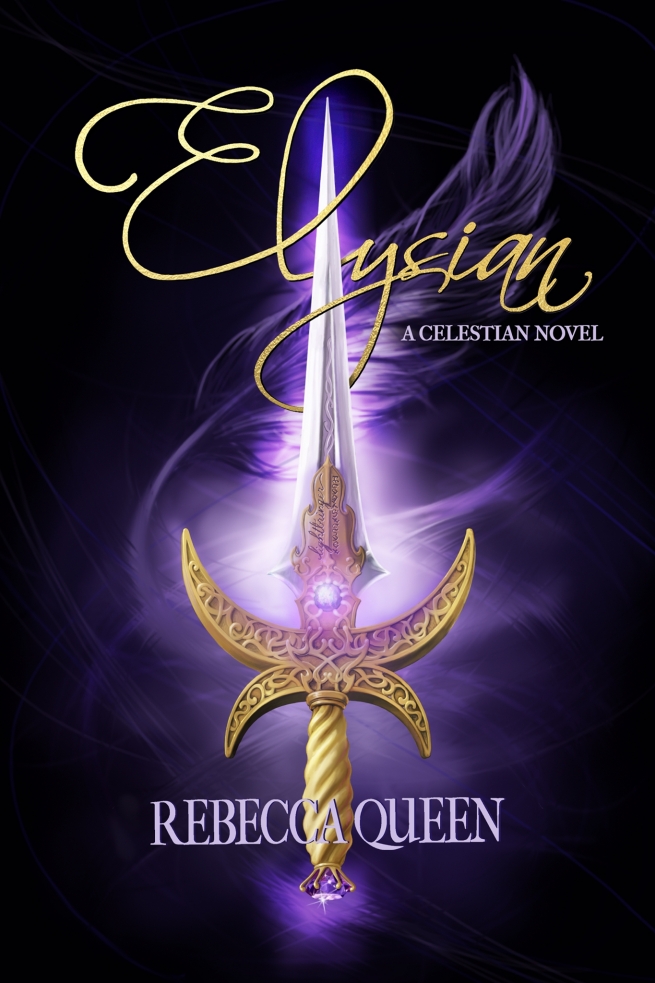 This is my first time working with Author’s Lounge, and I’m very excited to get to talk about my debut novel here.

I’m Rebecca Queen, raised American but Peruvian born, author of the Celestian Novel series. It is a young adult fantasy set in both modern Unites States and a fictional dimension called Celestia.

The first book Elysian, published by Sages Tower Publishing, starts out a very self-aware cliched way: a birthday. Or at least what the protagonist, Kary, calls her birthday because she doesn’t actually know when it is. But when she’s out celebrating, she’s attacked by vampire-like creatures, and though an angel comes to save her, she realizes she doesn’t need saving. Her own powers are enough.

Then things start to get really crazy. She begins to experience flashbacks of previous lives and other worlds, to see beings that aren’t supposed to exist. She discovers she’s not human, but goddess, and not just any goddess, but the goddess who almost destroyed the world 2,000 years ago.

Elysian is both a coming of age story and a story of self-acceptance and the quest to correct previous mistakes. It also takes history and completely rewrites because, if there are gods, there’s certainly a lot in our history that we either don’t understand or have no idea what really happened, right? So while the majority of the story takes place in present time, we do see the main characters through their endless lives since the beginning of time.

The story is also very character-driven. Kary is a force of nature, the kind of character that’s in control of her own story rather than stumbling around waiting to see what’ll happen next.

The Celestian Novel series is targeted at teenagers above 14, but anyone can enjoy it. I think it has the perfect combination of action and romance for anyone looking for a dose of magic.

I’m currently working on a rewrite of book 2, whose title is top secret for now. The series is currently planned for three, but it’s such a big world that I could go back and revisit it whenever I wanted. I, for one, really want to see The Rupture (a war that happened around the year 500) unravel first-hand.

I fell in love with reading because my school demanded we read a minimum word count each month (thank you, Alta Loma Junior High). Admittedly, it was tedious at first, but then I found THE book. I’ve had a book in my hand ever since.

But reading didn’t mean I could write. It wasn’t something I even thought about attempting until I started Elysian, and what inspired the Celestian Novel series was a collection of stories I wrote with a group of girls I met online. We created alter egos and wrote ourselves into a magical world. We were about twelve years old when we wrote them though. When I went back to read them a few years ago, I cringed. I couldn’t get through them, but the essence of the story was still in my heart. I knew with some tweaking, some finessing, some restructuring, it could be something. A couple of months later, I had a written book that I enjoyed reading every time I went in to edit.

Elysian is now very loosely inspired on those stories, but I wouldn’t say it’s the same. I don’t want to give any spoilers, but the original story included fairies. Elysian doesn’t have any. Instead, the Celestian Novel series features gods, angels, fallen angels, and other creatures native to Celestia.

Elysian: A Celestian Novel is available anywhere where you can buy books. I’m very excited for you all to read it and to see what you think.

You can find me as @theRebeccaQueen on all socials. And if you want to buy Elysian, here’s the Amazon link: https://amzn.to/3ed21F7