E. Dorinda Shelley makes the rounds at one of 2019’s largest book fairs 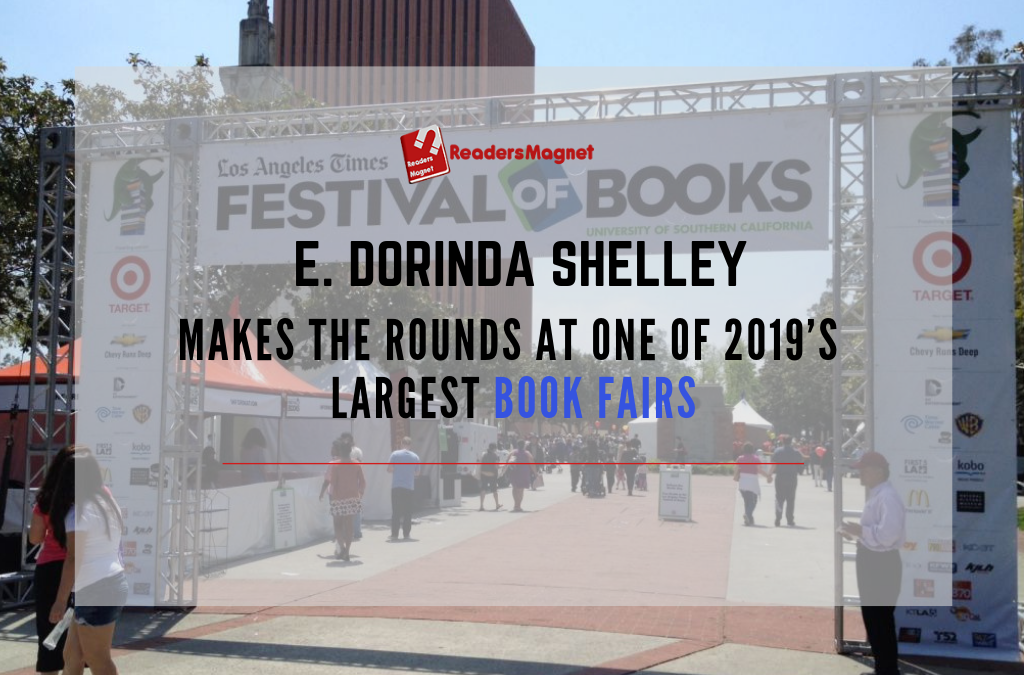 This week’s “Author of The Week” E. Dorinda Shelley is a retired dermatologist and now children’s book author. She has four books that will be displayed at the upcoming 24th Los Angeles Times Festival of Books. One of the most anticipated book fairs this year, the LA Times Book Fair 2019 will be held on April 13-14, 2019 at the University of Southern California in Downtown Los Angeles, CA. The children’s book writer is no stranger to book events. Just last year, Shelley and her long-time collaborator, children’s book illustrator Eleanor A. Hutton, attended an annual book trade fair in New York. Their collaborated works were also displayed in international book events, such as the ones held every year in Frankfurt, Sharjah, and Guadalajara.

Wholly involved in the business of books

Shelley is no stranger to writing and publishing. She co-authored a few books with her late husband and fellow dermatologist, Dr. Walter B. Shelley. Both wife and husband were bibliophiles, having built a book collection that nearly overtook their home. They could find something interesting in every bookstore and at every book sale.

Other than just writing, collecting books and attending book fairs, she is also involved in the book industry as a business owner. She runs a history-themed bookstore, called the Happy Historian Book Shop, an antique and art store, called the Library House Books and Art, and a children’s bookstore in Grand Rapids, Ohio. Shelley has authored four books and co-authored one so far: The Helium Table, The Helium Egg, Helium Heels, Santa’s Sleigh-Train, and Toronto and Ned (co-authored with Hutton). “Writing children’s books is my avocation,” she said.

She entered the children’s book scene in 2010 with the publication of The Helium Table. Not only this is her first children’s storybook (and the first in a series) but is also the first book illustrated by Hutton, who is also a children’s author herself.

The Helium Table is the first book in The Helium Books series, which revolves around the topic of helium. The story takes place at a farm owned by the family of a young girl named Kath, whose father is a doctor. The farm where the author and her husband raised their children and a few animals provide the setting for the story. The primary characters are inspired by the farm animals.

Just weeks after publishing The Helium Table, Shelley followed up with a second storybook in the series, The Helium Egg. Two years later, she published the third storybook, Helium Heels. The Helium Books, all of which will be displayed at the upcoming LA Times Festival of Books 2019, stimulate the imagination of children and show the benefits of working together, even though the characters involved are different from one another.

Shelley also co-wrote Toronto and Ned with Hutton, which was published in 2014. In 2015, she published her first Christmas storybook, Santa’s Sleigh-Train, which Publishers Weekly included in their New Titles from Self-Publishers: October 2018 list and will also be displayed at the country’s largest book fair.

By availing ReadersMagnet marketing services, “Author of The Week” Shelley is able to bring her fun and imaginative stories to book fairs such as LA Times Book Fair.