D. R. Bucy, The Dark Side of Dixie 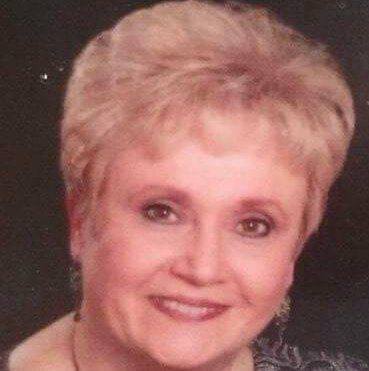 Billie Jean Carson’s life begins on the dark side when she is abandoned by her mother as an infant, and has problems bonding with her father. Raised mostly by her paternal grandparents, she has a good life growing up in the post-WWII era near the small southern town of Johnson’s Bend, Tennessee, despite her mother’s absence and her dysfunctional relationship with her father.

Billie Jean’s life takes an idyllic turn, when at eighteen she marries the love of her life, Bobby Ray Evans. Together they work to obtain their little piece of the American dream. Like any young couple they have their struggles, a little joy, a little sadness, but it’s a tragic accident that changes everything, and brings a childhood friend back to town, Ross Williams.

Reconnecting with an old friend is a good thing, until a horrifying secret reveals the darkest side of all…and nothing will ever be the same again.

D. R. Bucy was born in 1950 the fourth and last child of a sharecropper, and spent most of her formative years on a small tobacco farm on the outskirts of the little West Kentucky town of Hazel. To keep herself entertained, she became an avid reader, but soon discovered, she really enjoyed making up her own stories. With her #2 lead pencil and her writing tablet, she would sit on the roof of an old shed behind their house and create her imaginary tales. Her first endeavors, poems, essays, and short stories, but in the back of her mind, even at this tender age, D. R. Bucy knew, that someday, she wanted to write the Great American Novel.

And so, began my little-known love affair with writing. Through the years I continued to write poems and essays—having a couple of the poems and one of the essays published, but this only served to make the fire grow hotter to write a book. Three daughters and six grandchildren later, and nearing retirement from nursing, I did just that.

I knew what type of book I wanted to write. One like I enjoyed reading, and I had always heard you should write about what you know. I knew about growing up in the South. Combining my roots with my love of history, I found my genre, “Southern Fiction,” filled with details from the past entwined with the present.

To get started I drew from some of the Southern greats—Margaret Mitchell, Harper Lee, Carson McCullers, John Grisham—while at the same time making sure it would be my voice that was heard. It took me seven years to write The Dark Side of Dixie, but that wasn’t writing several hours a day every day, that was writing when I could find a free moment which wasn’t often, and I had been several chapters into the book before I settled on a title.  Lying in bed one night trying to drift off to sleep, it suddenly came to me, The Dark Side of Dixie. I instantly knew this was the perfect name to place on the book.

One of my biggest disappointments is that neither of my parents or my brothers ever had the opportunity to read the book. I had buried all of them before it came out in 2017. I also regret that the girls’ father never had the chance to read it. We had been divorced for years, but through our girls and grandchildren, we remained in close contact, and he was always very supportive of my writing.

It is my fervent hope to someday see The Dark Side of Dixie on the New York Times best seller list, or perhaps to watch the story come to life on the big screen, but more than this, I hope that when people read the book, it will invoke some kind of emotion in them. That it makes them feel. Happiness, sadness, love, anger, nostalgia for home and their childhood. I have seen already that it appeals to a wide age range, from young adults to seniors, and that people other than those born in the South, can relate to the characters and their lives. It doesn’t matter where you hail from, the most of us ascribe to the same truths as set forth in our country’s Declaration of Independence—”Life, Liberty, and the pursuit of Happiness.”

I want to thank Authors’ Lounge for giving me this platform to promote my work, and make it possible for me to connect with other authors, and to reach out to the many wonderful, dedicated readers, that buy our books. My best to each of you.

Please visit my website for details on the release of my second book, Arabella. It too is Southern Fiction that devils into the unknown. Everyone knows that the South is full of ghosts and secrets from the past that often refuse to stay buried. You may follow me on Facebook, and if you would like to purchase a copy of The Dark Side of Dixie, here is a link to my Amazon author page.