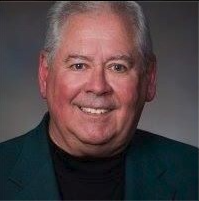 Here I am continuing to discuss the fallacies of our current Health Care system.  Recently, I received a question about how far back in our history do insurance sponsored health plans appear.  Group health plans came into existence during World War II.  The war was winding down, the economy was getting better because of the massive military buildup, workers were expecting higher wages, and the government was receiving more income tax revenue than they could spend.  The government needed somehow to delay the tax revenue they were receiving.  This need caused the government to create two new programs that would benefit them.  The first was a new retirement program called the Individual Retirement Account (IRA).  This program insured tax income for the government since IRA accounts holders are taxed upon retirement.  The second program the government created was Group Health Insurance for large corporations.  This allowed large corporations to “give” something to their employees, in place of pay raises which was a lot cheaper for the corporations.  The employees soon looked upon this largess as “free” health coverage.  Now I cannot speak for the doctors, but pharmacies were not ready to accept this type of program until this type of program was forced upon them in the late 1960’s.

Let’s assume you are currently paying $50, $200, or $1,000 or more per month for health insurance premiums.  Take that money, and open a now created and tax-advantaged catastrophic health care account at your bank, and use this money ONLY to pay for your health care needs.

Another term that came into being with the advent of co-pay health insurance was “pre-existing conditions.”  Insurance companies already know how to administer something called “co-insurance” whereby insurance risks are spread between multiple insurance companies so that one insurance company does not experience too great of a loss on a policy.  The risk is spread to multiple companies.  The insurance companies devised this system on their own, we just need them to care about you and I as much as they care about their own bottom line.  It is my goal to present this option to President Trump because I think he really wants to fix health care.

DO YOU HAVE QUESTIONS? [email protected]