‘Dark One ; The Revenge is Never Silent’ by Jos Fieldhouse 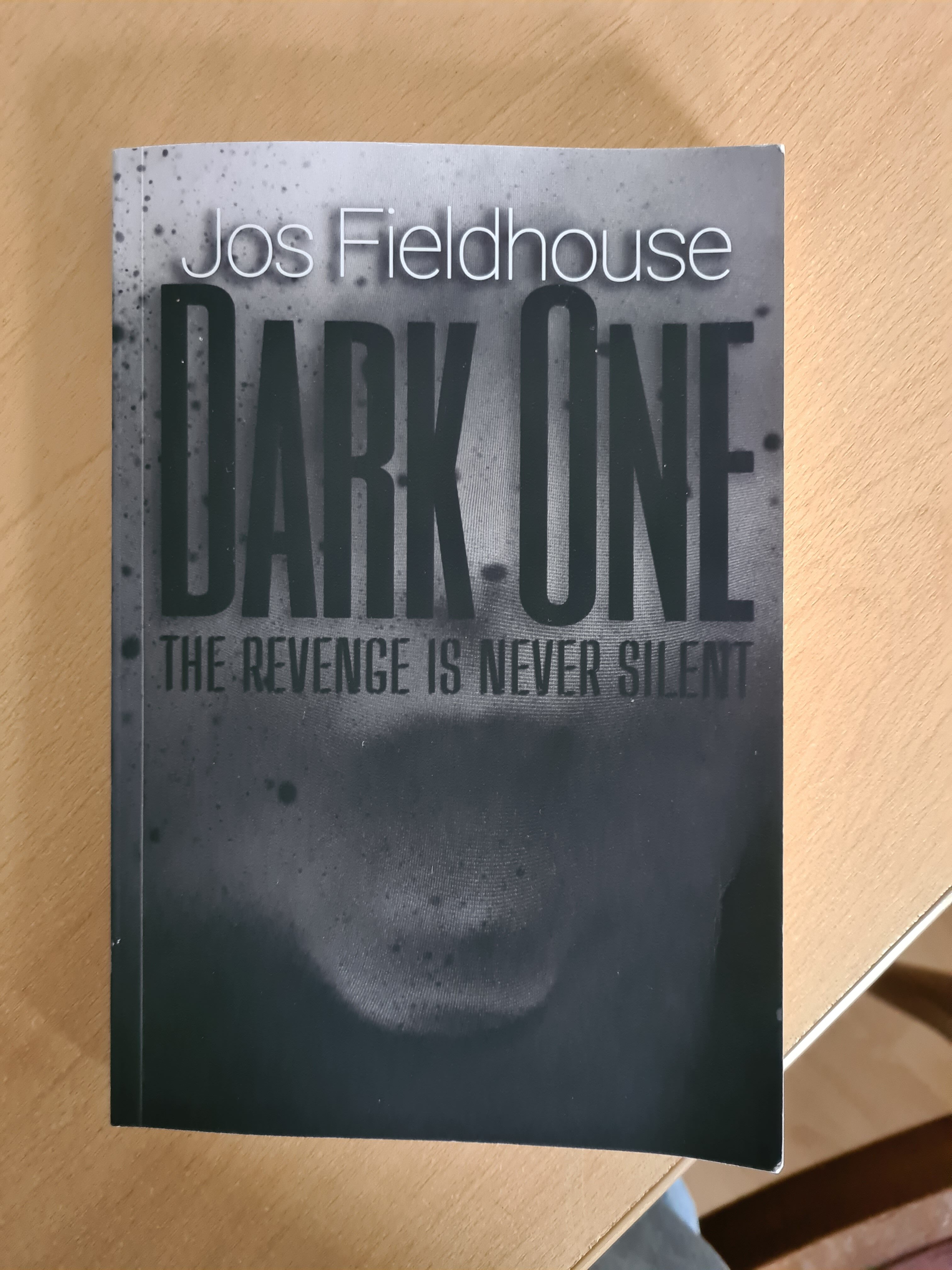 This is my first novel. It’s a bit different.

The setting is Bradford in West Yorkshire. The plot revolves around numerous characters: a retired headteacher and his partner, a dysfunctional family and a hardworking police inspector and his team.

Detective Inspector Paul Taylor and his sidekick find themselves immersed in a violent crime. There are a number of suspects, each with their own reason to be the main culprit. As the story unfolds, the characters and events lead Taylor in an exasperating search, finding that there are more links between the suspects than he initially thought.

A local cricket match on a sunny Saturday afternoon. What would be an idyllic scene ends in bloodshed, but Taylor finds there is more behind this as the story unfolds and the subsequent events help uncover a past that, for some of the characters, was filled with nothing more than bitterness, manipulation, corruption and hurt.

I have always been an avid reader and love nothing better than a good story. I studied Literature and Art, along with Mathematics and PE, for my degree at college whilst training as a teacher in the 70’s and retired from my headship in 2017.

I would never say the book was inspired by anything or anyone specific exactly. I enjoy photography, travel and have fun people watching. People, places and experiences which make an impact get my creative juices flowing.

Having worked in schools for the best part of forty years you come across a range of characters, some making more impact for one reason or another. Some you like, some you don’t. Some you trust, some you don’t. Adults in the school environment including parents, teachers, administrators, local authority and police are a necessary chain of people who make impressions, one way or another. Then there are the children, of course, who seize your attention in their own unique ways, behaviours, attitudes, talk and backgrounds.

I have always enjoyed writing and it has been a long – term ambition to write at length, even if it is just for my own personal achievement and satisfaction. ‘Dark One’, under the pseudonym of Jos Fieldhouse, was my first and I thoroughly enjoyed it and I guess it was a kind of therapy, helping me to redirect my mind after being ‘school – based’ for so many years.

It is aimed at anyone who enjoy a bit of a mystery, a crime to solve, to dive into the minds of the characters and  try to predict and identify the culprits.  I suppose it is aimed at a target audience from about eighteen years upwards. ‘Dark One’ is totally fictitious and the characters are made up but based on years of working with adult and child characters in and outside of the job. I will admit to a little bit of myself in the role of the headteacher in his childhood, so there is a mild element of autobiographical detail too, which was the personal part.

What do I want readers to get from it? Hopefully as much fun in reading it, watching the development of the unpredictable characters and plot, as I did in writing it.

This is, I hope, the first of many, but ‘Dark One’ will always be special as it is the first and based around experiences of a long career. I have another almost completed and a few others in the pipeline. I see ‘Dark One’ as my potential foothold in the writing community and if people read it, like it and are encouraged to read any more of my work with as much pleasure, then I am happy.