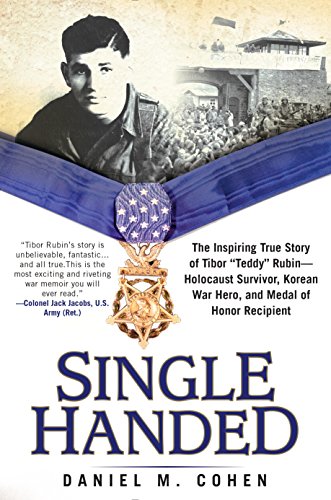 The Mauthausen-Gusen concentration camp in Gusen, Austria is one of the notorious slave labor camps of Nazi Germany. However, details of the horrors that transpired inside the camp during the Holocaust are seldom discussed in mass media. Today, we journey inside Mauthausen camp’s dark secrets through Daniel M. Cohen’s blog.

Cohen begins by giving us a background of why Mauthausen was built- to serve as a labor camp for prisoners sentenced to death. The Mauthausen was labeled as a “category 3 camp” meaning that those sent there are worked to death. Cohen further notes that in 1938, Heinrich Himmler arrived in Austria. He discovered that with Mauthausen’s resources including the railroad station, it could be possible to build an isolated labor camp and at the same at an impregnable fortress. Cohen describes Mauthausen with great detail such as the 30-foot walls, the overwhelming towers as well as the security features of the camp.

What makes Cohen’s blog an interesting read is the photographic description of Mauthausen’s interiors. Daniel Cohen writes with horrifying details,

“The Mauthausen gates opened onto the “Appelplatz,’ a rectangular courtyard capable of holding the entire population. It was in this space that roll was called. Also where executions could occur at the merest whim of the commandant or his staff of Secret Service police. Knowing that they could die any time kept the inmates in perpetual fear.

One side of the courtyard was a solid wall of stone, topped by a walkway where armed guards patrolled with machine guns. Powerful floodlights could illuminate every square meter in a matter of seconds.

The inmates’ barracks were placed behind the courtyard; squalid, one story, box car shaped structures, with slightly raked rooflines and rows of rectangular windows. Originally twenty, their numbers increased to thirty two as the needs of the camp grew. Inside they were little more than long lines of bunks made of naked wood slats.

An elaborate sanitation system, the installation of which slowed the overall construction, included a large, underground shower room, vats for delousing, and two reservoirs in the unlikely event of drought.  The shower beneath the main plaza, used to cleanse new arrivals, dispensed water with the force of a fire hose. Floors, bunks and latrines were regularly fumigated with harsh chemicals or sprayed with cold water. There were nights when prisoners had no choice but to sleep on wet planks.  Both the routines and means of sanitation stated the makers’ preoccupation with cleanliness, in stark contrast to their monstrous disregard for human life.”

Reading the succeeding lines is like traveling back through time and being with Cohen’s main character, Tibur Rubin. Rubin was only 13 years old in 1944 when he was captured by the Nazis. The poor boy was imprisoned inside one of the cells in Mauthausen for more than a year. Mauthausen’s halls, as well as its courtyard, are silent witnesses to the horrors and trauma that young Rubin endured.

Daniel Cohen’s blog is a fitting precursor to his book. He writes with a vividness that allows readers to have a preview of the setting and how the physical attributes of the devilish prison camp set the mood for those who will choose to read Single Handed. It is our hope that Daniel Cohen will continue to write remarkable supplemental materials such as this one. Overall, Daniel Cohen’s Single Handed blog entry is both educational and a great compliment to his book. We recommend everyone to read this blog before hitting the book.