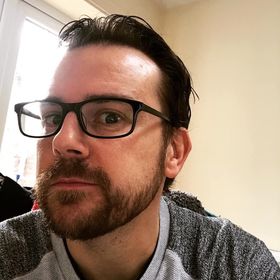 Maple Falls is a small Canadian town that seems to be suffering from the same problem every year, missing people. When winter moves in and snow consumes everything people start to disappear without a trace. Some of the locals have gone on record to say that the Blackfoot, a local Sasquatch legend is responsible. But what is happening in Maple Falls is far worse than any urban legend.

I am a huge fan of the horror genre, films and books, the biggest influence for me is the master, Stephen King.

I write various genres but I really prefer writing horror, I wanted to pace this particular story like that of a horror movie, it’s strange but when I write I visualise the whole thing like a film and with this one I’ve tried to pace it like that.

I guess fans of horror would appreciate it the most, but I always say that it doesn’t matter what genre the story is, it’s the characters that you read and connect with and come back for. Good stories deal with real life situations that the reader can understand and make that connection so really a reader shouldn’t be put off by any story if the genre isn’t their favoured genre, go out of your comfort zone and try something different, you might surprise yourself.

Of course I’d like the readers to enjoy the story and feel that they have been on a journey and hopefully want to come back for more. What I love though is when people connect on a personal level with a book, I know it’s such a great feeling when I’m reading a book and I get an attachment to a character or something in the story resonates, it’s just the best feeling ever to be emotional about a story because you know that it will stay with you forever. That’s what I hope for, I hope people make emotional ties to my work.

The book itself was released earlier this year through independent printing but now it’s on Amazon I’m hoping that it will reach more readers.

As for the future of Maple Falls Massacre, there are a few other stories that I would like to tell so I will be returning to the woods at some point, I hope you’ll join me.

I’m a self publishing author from the United Kingdom, I’ve been writing novels for about 4 years now. I started off in comics self publishing through the banner of Dead Bride Comics, but financially comics took its toll on me and I switched up to script writing where started with Monster Home which is a story about Abraham Van Helsing being locked in an asylum with all the monsters he used to hunt. But I found it very difficult to get it into the hands of anyone within the film industry and just has hard to find an agent so I plucked up the courage and gave novels a shot.

I have built up a small community of loyal supporters who have dubbed my word the DJBVERSE as all my stories are connected in some way or another. I have just finished writing my ninth novel entitled Welcome to Crimson and just released my first children’s book called Monster Meals, even leaving my comfort zone to do the artwork in that one too.

I’ve had a colourful life so far from being an independent professional wrestler to a TV extra, but I just adore creating and bringing worlds and characters to life, and now that’s exactly how I like to spend my time.

Head on over to Amazon to purchase your copy of Maple Falls Massacre.