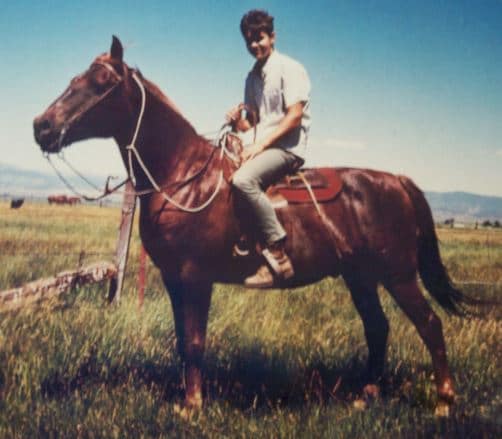 Dr. Downer has been endorsed by Marquis Who’s Who as a leader in the conservation industry

MINDEN, NV, September 10, 2018 — Marquis Who’s Who, the world’s premier publisher of biographical profiles, is proud to present Craig Carpenter Downer, Ph.D. c., with the Albert Nelson Marquis Lifetime Achievement Award. An accomplished listee, Craig celebrates many years of experience in his professional network, and has been noted for achievements, leadership qualities, and the credentials and successes he has accrued in his field. As in all Marquis Who’s Who biographical volumes, individuals profiled are selected on the basis of current reference value. Factors such as position, noteworthy accomplishments, visibility, and prominence in a field are all taken into account during the selection process.

With more than 40 years of professional experience, Craig has been president of the Andean Tapir Fund since 1996. Prior to attaining his current role, he was a research fellow with the Wildlife Conservation Society from 1990 to 1996, managing editor of InterAction for Global Tomorrow Coalition (1987), guide/writer for the film “Wild Horses of the Nevada Desert (1982-1987), Mountain Tapir researcher for Durham University-UK (1988-1993), research services director for Animal Protection Institute (1980-1981). Earlier he served as a wildlife ecologist with the U.S. Peace Corps in Colombia (1977-1979). In addition to his primary positions, he has been an activist, researcher, speechmaker, writer, testifier, litigant, & television/radio guest (1970-2019). He has participated in TV/Radio programs/films in the Andes/US/worldwide including Those Amazing Animals (ABC), Wild Horse & Burro Radio (Los Angeles), Nevada Newsmakers (TV-Reno), Mustang Matters (Radio-Reno), LA-Television & La Luna (both in Quito), Coast-to-Coast AM (2012), National Public Radio programs in Reno-NV, Gallop-NM, Great Falls-MT, SLC-UT, Sacramento-CA, and Los Angeles-CA. He has also been an internet-radio co-host for Big Blend-Tucson.

Craig began his career as a student at the University of California, Berkeley, receiving a Bachelor of Arts in biology and ecology in 1972. He continued his studies at the University of Nevada, completing a Master of Science in biology in 1976. After obtaining some experience in the field, he returned to his education with the University of Kansas, completing Ph.D. studies, and earned candidate status for the Doctor of Philosophy in Biology from Durham University-UK in 1996. He was also an academic, researcher/lecturer, at University College North Wales in Bangor. He directed an M.S. study on Sangay N.P. & its mountain tapirs for Yvonne Guinan, in Ecuador & Wales. He also helped initiate a Ph.D. tapir study in Colombia for Diego Lizcano (U. Kent-UK). He has taught courses in biology (lab, KU-Lawrence), ecology (Universidad Cali-Colombia & CCC-Pomona), & led field courses in Sangay N.P. re: telemetric tracking of tapirs for Catholic Univ.-Quito, where he gave popular illustrated talks as well as at the National Politecnical University-Quito, his affiliate from 1989-2002. He has done extensive field studies of mustangs in U.S.

He has given speeches in English & Spanish at professional as well as public conferences. In 2017 & 2018, he delivered his speech: “The World’s Endangered Species Today Present a Crisis of Conscience for Humanity” to several audiences including: Nevada’s Fort McDermitt tribe, CA4Elephants’ Endangered Species Rally-Sacramento Capitol, & Illinois University-Champaign. He also delivered his PowerPoint “Wild Horses & Burros: Wonderful Restorers” at these & Sparks Museum (11/03/18), Northeastern Nevada Historical Museum-Elko (2/3/17), & ISWMP event, Malibu, CA (11/19/17). He has given major wild horse talks at the University of California-Berkeley (4/20/15), Redwoods University-California (11/17/14), Colorado Mountain College-Steamboat Springs (3/28/13), St. Charles Community College-Missouri (4/26/13), King’s College – London-Ontario (5/13), the Wild Horse Summit-Las Vegas (10/12/2008, standing ovation) & the International Equine Conference (2011 & 2012). He prepared and defended a poster on wild horses at the Ecological Society of Australia’s annual conference in Alice Springs (9/28-10/4/2014) & went on to tour/give interviews at several brumby areas throughout this continent . He has spoken about the Mountain Tapir at the Biodiversity Conference-Cuzco (1996) & in Sullana & Ayabaca, n. Peru, universities in Medellin/Bogota/Cali/Popayan-Colombia, Quito/Cuenca/Loja/Riobamba-Ecuador, Jyvaskyla-Finland (10/2010), Durham-UK & Sacramento State-CA (10/2006). He was a major presenter at the “Mountains in the Mist” conference, Waimea-Hawaii (2004) & at the Doue Zoological Gardens Conference, Angers, France (2006). In 2007, he helped prepare a permanent mustang exhibit at the Carson Valley Museum & gave the kick-off speech (6/14/07). In September-October 2016, he participated in the “Soviet Peace Odyssey” cultural exchange tour and gave a stirring speech with an green message entitled  “World Peace & Unity” (Tiblisi, Soviet Georgia, standing ovation). Craig has also given illustrated talks on wild horses for the Gold Hill Hotel Historical Talks series (Nevada). In February 2019, he will present at Perissodactyla Conservation Symposium concerning vital contributions of horses, tapirs & rhinos. He has given many illustrated ecological talks to rural & urban audiences & in Spanish throughout the northern Andes.

He has designed & carried out a ground-breaking study of the endangered Mountain Tapir, becoming the first biologist to have captured, radio-collared & tracked this elusive herbivore (1989-2002). His efforts for this & associated species resulted in several large protected reserves, including Tabaconas-Namballe (n. Peru), southern expansion of “world heritage” Sangay N.P.-Ecuador, & protective status for large areas east of Quito associated with Cayambe-Coca N.P. He has served as guide, researcher & narrator for three films on the Andean Tapir: “Esperanza: The Mountain Tapir” (Living Planet Prod.-UK, Discovery/Animal Planet, 1995-1996); “The Mountain Tapir: Flagship of the Northern Andes” (INDECOM, Seoul-Korea, 1998), & an Ecuadorean film by LA Television-Quito, that sparked the Cayambe-Coca N.P. expansion. From 1986-2019, he worked with Peruvian conservationists to defend Andean tapir habitat in northern Peru & has an IUCN SSC Tapir Specialist Group (TSG) approved project for creating the Cerro Negro Reserve. In 2006, he participated in the Mountain Tapir Viability Workshop with TSG in Pereira, Colombia. His species inventories, field observations, ecological descriptions & photos concerning the Chinquapin Roadless Area in California’s Coastal Range (1981-1995, Friends of Chinquapin) helped achieve protective status for this unique area.

Also venturing into philosophy, poetry & music, he has published two books & one musical CD & given related talks & performances. These are The Spiritual Evolution: A Book on Reincarnation & Evolution (1981); Streams of the Soul (poetry, 2005); & “Wild Horse Rhapsody” (2005 CD w/ 13 original medleys, Joanne Grauer, pianist). Since 1996 as a member of the Nevada Poetry Society, he has achieved recognition for his poems (some published) & represented the society in 2003 at the national convention of the NFSPS. In April 2009, he gave a combined speech: “These Beautiful Melodies That Come to Me” and piano performance of his original melodies for the Ollie Classical Music group in Reno. He also had a special exhibit of his nature photos & poems (Sparks Museum, February-April 2018).

He has been a respected defender of naturally living horses & burros in the US, Canada, Bonaire, England, Australia, & South America. Since 2010, he has been carrying out herd & habitat evaluations in several regions of North America.  His resulting reports include Reserve Design recommendations. His Reserve Design project aims to restore wild equids to viable population levels and to allow these animals to ecologically harmonize, naturally self-stabilize, and to greatly prevent/mitigate catastrophic wildfires – of mounting concern due to Global Climate Change. As a long-time litigant and activist, his testimony and protests have helped save many wild horse and burro herds.

A respected leader in his areas of interest, Dr. Downer has been an active voice in his community. He is a member of the IUCN Species Survival Commission and the American Society of Mammologists and has served as environmental director for the Pyramid Lake Paiute Tribe and as a conservationist with the California Conservation Corps (CCC). He is an active member of Citizen’s Climate Lobby-Carson City.

Throughout his career, Dr. Downer has been recognized for his contributions, receiving the Excellence in American History Award from the Daughters of the American Revolution, a CCC distinguished service award, the “Judges’ Choice” poetry award (South Lake Tahoe), & support from the Chicago Zoological Society, CEPA-France, ZGAP-Germany, World Nature Association and, as a conservation fellow, from Wildlife Conservation Society-NY. He has been featured in numerous honors publications, including multiple editions of Who’s Who in America.

In recognition of outstanding contributions to his profession and the Marquis Who’s Who community, Dr. Downer has been featured on the Albert Nelson Marquis Lifetime Achievement website. Please visit www.ltachievers.com for more information about this honor.