Cats of the Pyramids by Paul Nelson 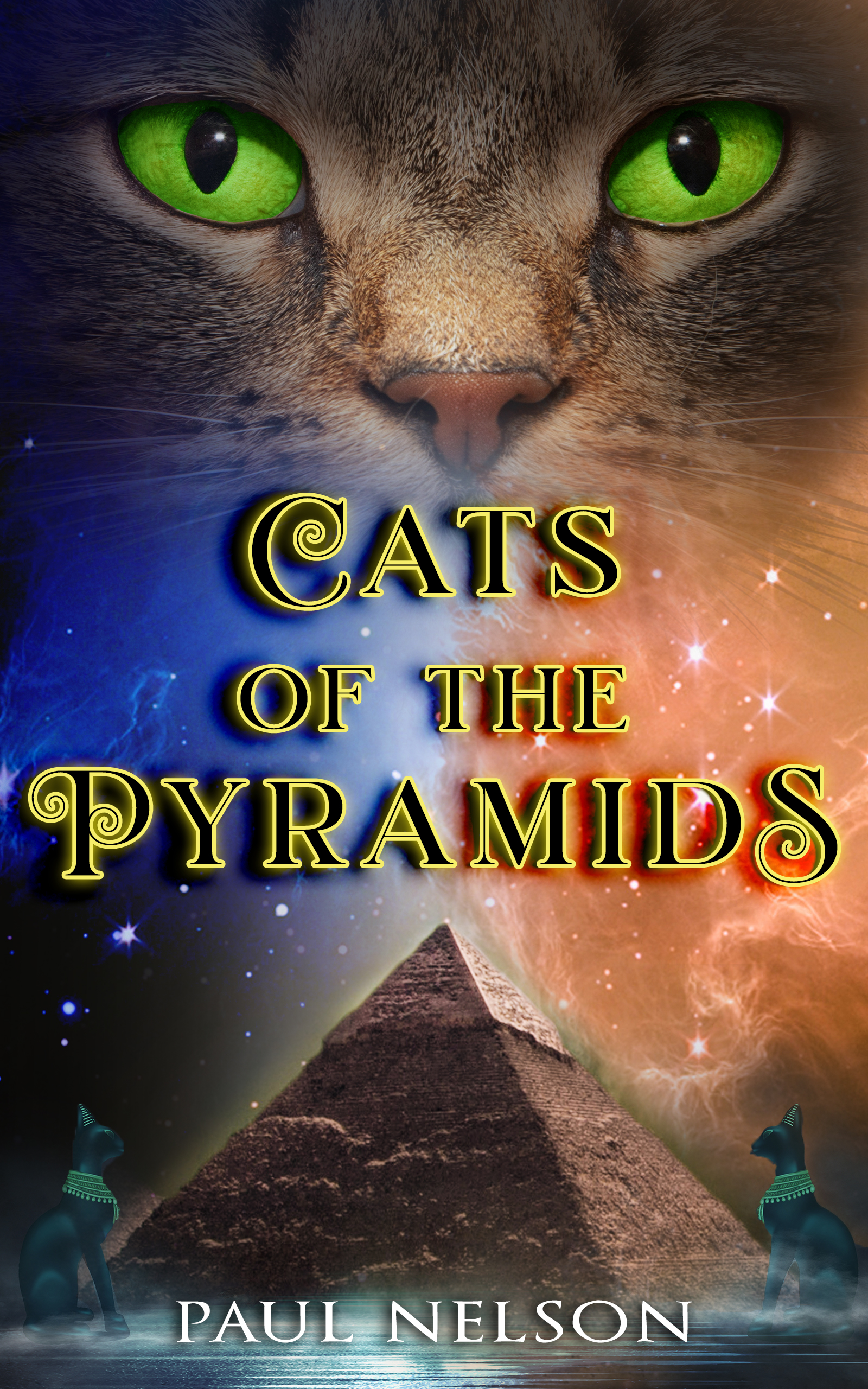 My name is Paul Nelson. I’m a retired teacher and my son, Michael, is autistic. Seven years ago, we began working as a writing team. Michael is non-verbal. He inspires the characters and I do the writing. Together, we have created nine Autism Fiction books. They are FISHER’S AUTISM TRILOGY, SAVING WORMS AFTER THE RAIN, BURNING BRIDGES ALONG THE SUSQUEHANNA, WOLVES ALONG THE SUSQUEHANNA (Book two in the series) , SAVING WORMS AFTER THE RAIN-WATERFRONT (Book two in the series), CATS OF THE PYRAMIDS and FROM THE MOON I COME IN PEACE. FISHER’S AUTISM TRILOGY and CATS OF THE PYRAMIDS are two books aimed at younger readers, ages ten and up. I wrote the autism trilogy when I was still teaching and tested it out on middle school students. I got great feedback from the students and decided to keep writing.

In “CATS OF THE PYRAMIDS” two homeless teens, Adam and Emily, are pulled through a mysterious wormhole into an amazing world of alien cats who have lived in the Great Pyramids of Giza for centuries. It turns out that the two teens, along with many other autistic kids, were pre-destined to be a special force for good in the universe. The cats teach them, through rigorous training, to harness their special autism powers of the mind to become warriors against a most evil force. I write frequently about the amazing powers of the autistic mind. The book includes a variety of great time-travel adventures, including a trip to the great pyramids in Mexico and a journey back to ancient middle-eastern times to meet Jesus. They enjoy lunch with Jesus, Mary Magdalene and Lazarus and learn that the three of them they are also quite familiar with the cats who dwell in the pyramids. Adam and Emily also befriend a kindly old robot named Robert, who suffers from depression, but teaches them about true love and kindness. At last, they travel to the Moon for a dramatic rescue mission.

This is book one in the series. I am starting the second book very soon. I always have the same goal in all of our books. Michael and I hope to entertain and enlighten at the same time. We don’t like to preach autism awareness, but we try to present it in an enjoyable manner-fun fiction with a message. I decided to write “Cats” because I love cats and feel they possess many of the qualities of some autistic people. It is our sincere hope that this book, and all of our books, will open eyes and minds about the way people with extra challenges are viewed and treated. In short, our books all promote kindness and acceptance of anyone who does not fit into society’s idea of the norm.

Recently, we were honored to find that our autism trilogy is being used as a textbook for Special Education students at Pace University. In addition, Pace’s Education and Drama Departments teamed up to produce the trilogy as an audio drama, in which actors portray each of the characters in the book. (much like a radio drama) This audio drama is not only a great teaching tool as a read-along exercise, it is a great way for students who are not able to read to enjoy the trilogy. It also demonstrates our desire to educate and enlighten.

Michael and I have just completed a book for older readers called, FROM THE MOON, I COME IN PEACE. This book deals with the challenges faced by a young autistic man as he attempts to fit in to a non-tolerant society. We plan to keep writing as long as people seem to have an interest in what we say.